TV’s Steph and Dom Parker, 51 and 54, draw on their 20 years of marriage to solve your relationship problems . . .

Q: I’m at my wits’ end. My husband — we’ve been married 24 years — is driving me mad. Whenever I upset him, or disagree with him, he gives me the silent treatment. He literally won’t speak to me, sometimes for days at a time.

This used to happen now and then, but only after a really serious argument. However, it seems to have got worse with age (we’re both in our late 50s now and our kids have left home). It’s happening every few weeks, in response to even minor upsets.

It makes me feel so small and powerless — I just can’t get through to him. I have to wait it out and pussy-foot around him until he gets over it. And that, in turn, makes me furious. It means small arguments can become these huge battles.

I don’t think I can live like this. I feel like I’m being punished all the time. Help!

STEPH SAYS: The first thing that strikes me here is the timing. You say your husband’s silences have become worse with age and seem more frequent since your children have moved out. I would suggest this may be the catalyst.

It seems to me your husband may have previously been using your children as a foil to hide his irritation and his own childishness. It’s very possible. The reality is that in your empty nest, there’s no one other than you around to soften the blow.

We all have arguments, but how we argue is symptomatic of how we are growing in our relationship. We all have our own style of having a row, but just like other areas of our lives, we adapt our behaviour as we grow together. Or, at least, we should.

The other thing all couples do is argue about something entirely unrelated to whatever it is that is really making us angry. You might be having an almighty ding-dong about the dishwasher, but it’s not really about the dishwasher, is it? And, usually, at least in my experience, the real cause of the row ends up coming out during it.

But, unfortunately, this is not happening in your case because your husband refuses to communicate. He is literally shutting down and stopping himself from saying what’s really bothering him.

So I would ask him. 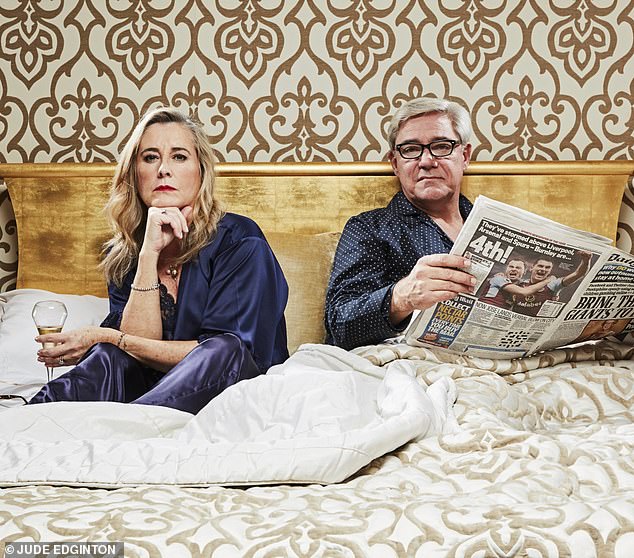 Steph (pictured left with Dom) advised the reader to speak to her husband, to see what is the real cause of his childish behaviour

He is trying to send you a message, albeit in a petulant and hurtful way. I think you need to ask him calmly, quietly, over a bottle of wine or a coffee, and manage the conversation with care and love. He must feel totally and utterly smothered in your love.

You don’t know what he’s going to say — it could be something serious, so prepare yourself for that — but you need to create the conditions for him to tell you. And for your own self-esteem, you need to feel empowered by the fact you’re insisting on a conversation.

You’ve been married 24 years — a very long time. However unacceptable his behaviour is, however much it upsets you, I think the issues he is struggling with come from a deep-seated fear of conflict.

I have no doubt you’re now making huge leaps in your imagination as to what he might not wish to tell you. Don’t!

What is he too scared to tell you?

There’s no point. Just talk to him and ask him to talk to you. Tell him cutting you off hurts you deeply and coax him into a proper conversation.

If you approach this with patience and love, you will navigate this delicate problem in a way that will get results.

DOM SAYS: I really sympathise with you. Many years ago I made an unwise comment about Steph’s hair and she didn’t speak to me for two weeks. Two whole weeks. It was unbearable.

I knew I shouldn’t have said it the moment it came out of my mouth (I seem to remember something about hedges and being dragged backwards), but, boy, did the punishment outweigh the crime. 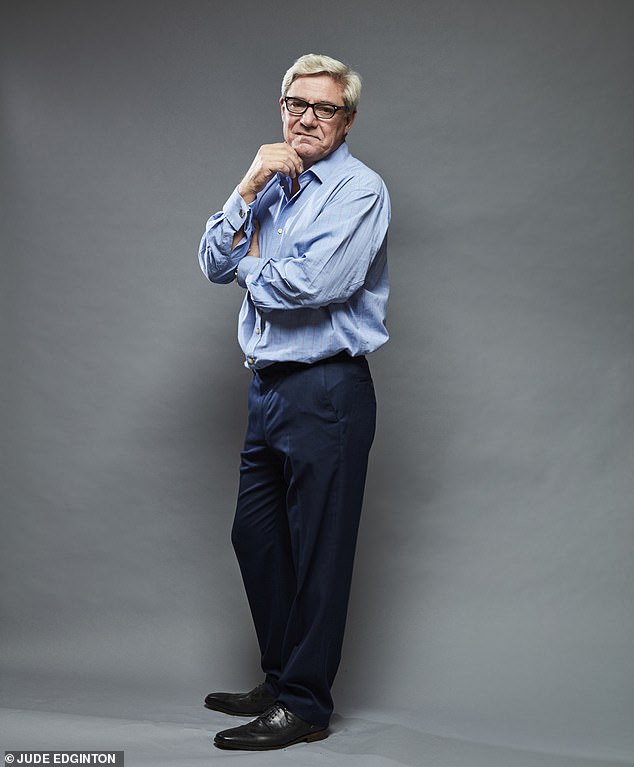 For torture it is. It’s childish, for a start, but the silent treatment leaves the one being ignored feeling really rather low. It means you have no choice but to continue the row, if only in your head, while also leaving you feeling like the kid in the playground that nobody will play with. Not fun at all!

So, he shouldn’t be doing it in the first place. But what worries me here is that it’s happening with increasing frequency. You are at the stage in your relationship, with the kids having flown the nest, when you should be growing back together, not drifting further apart in miserable silence.

I wonder if there’s a reason for his unhappiness. Is he depressed? Suffering from a mid-life crisis, or perhaps experiencing difficulties in the downstairs department and pushing you away as a result?

I ask because I think you have to try to root out the problem, otherwise this could be the start of the long goodbye.

Obviously, I hope that’s not the case, but I think it’s important you take steps to stop the rot. Make an appointment to see a marriage counsellor together and ask them to help you understand why your relationship is under such strain — and to help you show your husband he absolutely must argue more kindly.

He’s being childish — and cruel

His truculence is, in my opinion, a mild form of bullying. It takes away your right to reply. After all, you’re going to feel a bit silly talking into a void.

I wonder if he does it because it’s so effective. Does it mean he wins every spat, always gets his own way and never has to do any cooking, or cleaning, or what-have-you?

Whatever the reason, it has to stop. Tell him he has to grow up and start to argue with you like a grown-up.

It is wildly unrealistic to think we all live in perfect harmony all the time, but we should try our hardest to minimise the hurt we cause the one we love!