An Australian woman who survived the White Island volcano eruption that took the lives of her sister and father has finally returned home after spending six months in hospital.

Stephanie Browitt, 23, arrived back at her family home in Craigieburn, just north of Melbourne, on Friday.

The eruption – which happened off the coast of Whakatane on New Zealand’s North Island on December 9 – left Ms Browitt with third-degree burns to 70 per cent of her body and parts of her fingers missing.

The disaster took the life of her 21-year-old sister, Krystal, and later her father Paul, who died in hospital.

Ms Browitt, wrapped in a pressure suit and a full-face mask to protect her burns, embraced her mother Marie who spent months waiting for her now only child to come home.

Stephanie Browitt, 23, is seen hugging her mother Marie as she returns home after spending six months recovering in hospital from the White Island volcano eruption 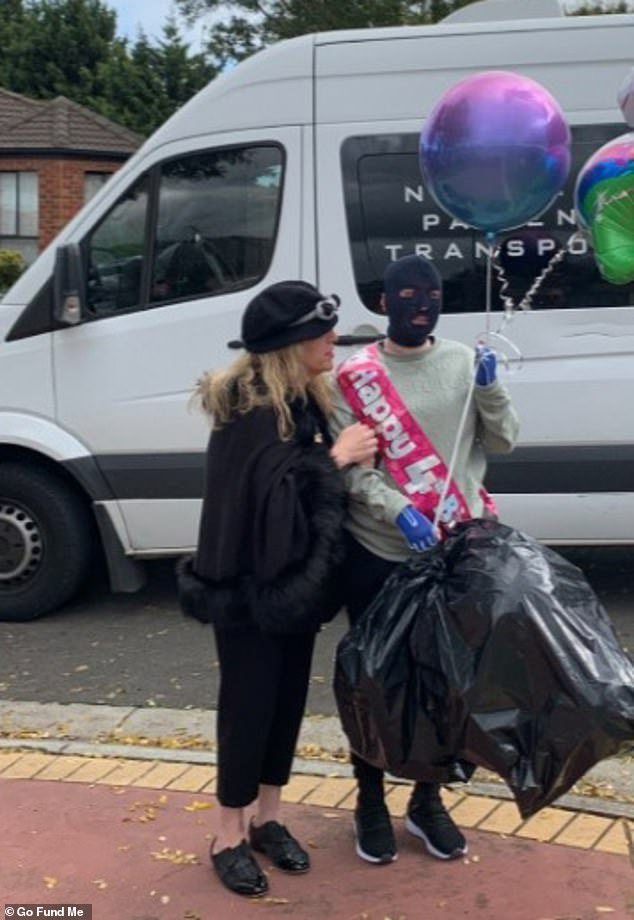 She was surrounded by friends and relatives but due to the fragility of her skin, Ms Browitt could only manage a hug from her mum.

Upon her return home, her mother said she felt her husband and late daughter were watching over ‘like angels’.

‘I’m just so grateful for the generosity of people and for the kindness of our community … and feel very humble,’ Mrs Browitt told The Herald Sun.

‘I was surrounded by beautiful people today.’

The Browitt family had been on the Ovation of the Seas cruise when the two girls along with their father decided to do the White Island tour – while their mother stayed on board.

Sharing a photo of the volcano on the day it erupted, Ms Browitt detailed how her life had been ‘forever changed’. 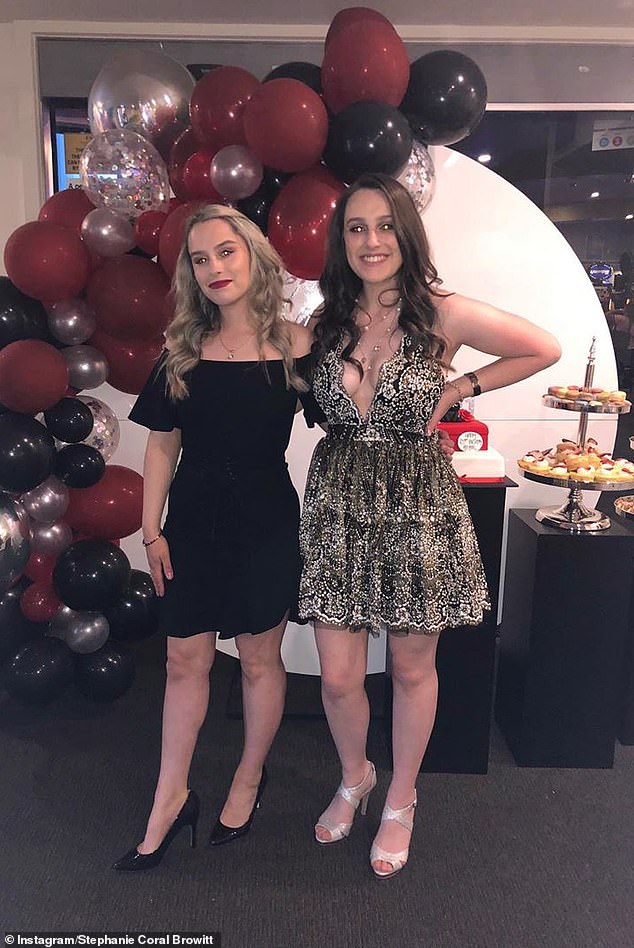 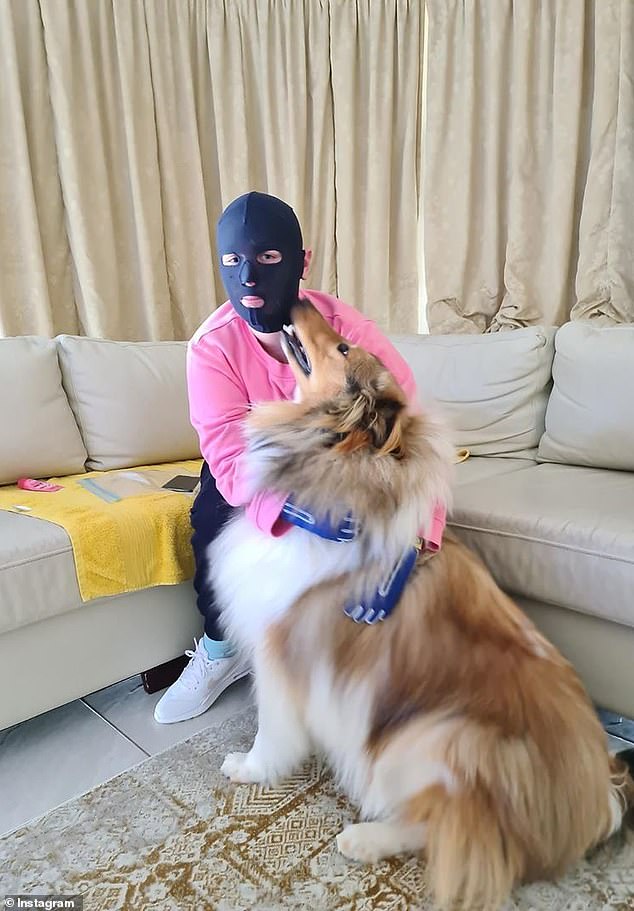 ‘We were heading back off the volcano, when at 2.11pm we looked back and saw ash coming out. Not thinking much of it dad said to take a picture,’ she wrote on Instagram in March.

‘The front tour guide heard us, looked back, and screamed ‘RUN’.

‘BANG. The WORST moment of my life. It was because of this I lost half of my family.

‘It was because of this I still do suffer physically and emotionally.

‘Because of this these photos are no longer good memories, they literally torture me.

‘It’s done and I can’t change it now, but I can change how I choose to move forward. I know people hear this often, but please… keep your loved ones close and always remind them how loved they are.’

Her father and sister were one of 21 people who died and Ms Browitt spent time in a coma recovering from her severe injuries.

The 23-year-old previously told the ABC they only found out the volcano was at a level two alert when they were on the island. 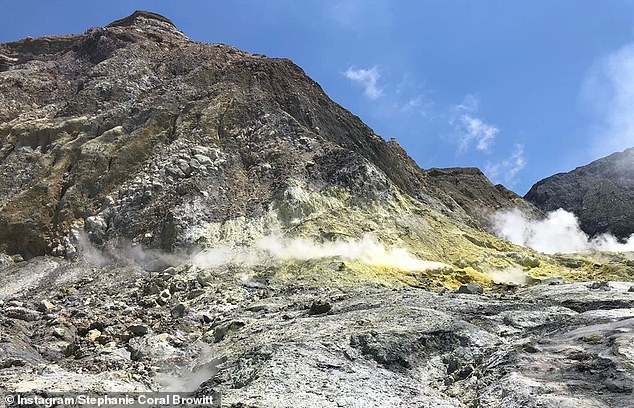 Level two is the highest level a volcano can be before it erupts.

‘Once you’re on the island, you can’t get back off,’ she said.

‘I was a little concerned … but at the same time you sort of have trust that we wouldn’t be on here, they wouldn’t be running tours if they thought it was dangerous.’

It was an hour before help arrived as Ms Browitt lay on the ground worried she may not make it out alive. 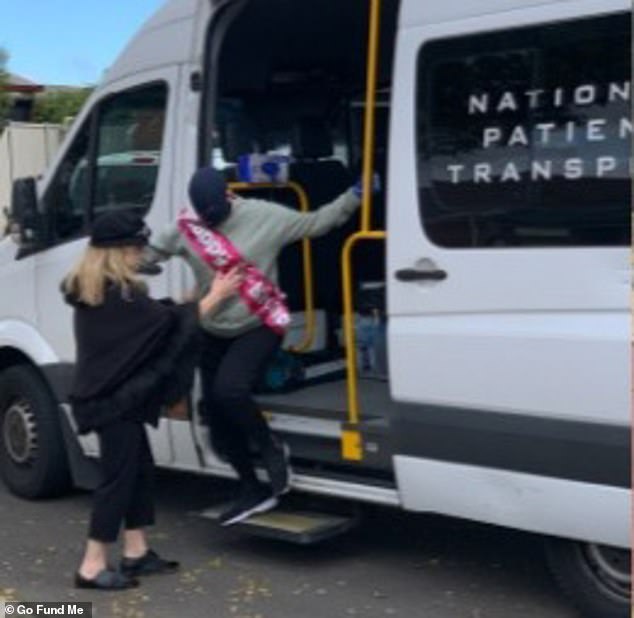 ‘I remember thinking, ‘I need to slow down my breathing or I’m not going to make it’.

When a helicopter crew finally arrived, her father heroically told them to take his daughter back to the mainland first.

A month later he tragically died.

Ms Browitt was able to return home for the day last week.

‘Today couldn’t have been any better and it felt amazing to be back in my home even if it was just for a day,’ she wrote last Friday.

Now six months after the tragedy she is finally home for good.

Friends and family rallied behind the Browitt family, creating a GoFundMe page to pay for medical expenses.

The fundraiser has so far raised an incredible $83,000. 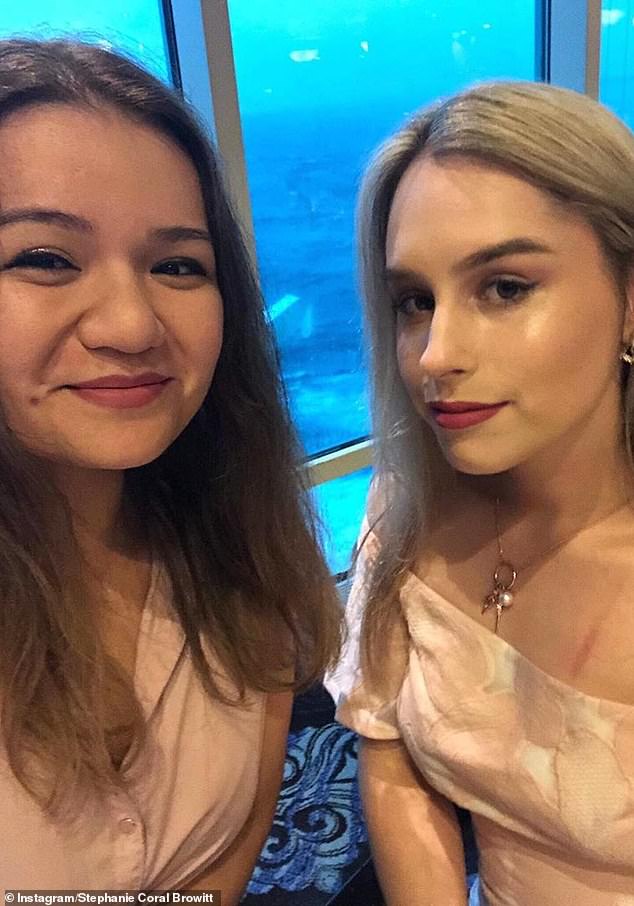