Princess Stephanie of Monaco has spoken out against a ban on wild animals in circuses in France, claiming the creatures are treated like ‘family’ by their handlers.

The Monaco royal, 55, who is the patron of the International Circus Festival of Monte-Carlo, told local paper Monaco Matin that circus animals are ‘loved and spoiled’, saying: ‘We’ve come a long way since the stool and the whip.’

France announced on Tuesday its resolution to gradually ban animals in circuses and dolphins in Marine parks in a bid to better animal welfare around the country.

Princess Stephanie famously ran away to join the circus with elephant trainer Franco Knie in 2000, moving into his caravan in Zurich with his three children.

Stephanie of Monaco, 55, spoke out against animal rights activists and France’s recent decision to ban animals from travelling circus and marine parks (spoke out with an elephant during a press conference to launch the 39th international circus Festival in 2015)

Criticising the French ban, she said: ‘They’re members of the family. They are not trained or mistreated, but simply loved, fed, spoilt.’

She also argued that other trades where animals are exploited should be banned under the logic of the new French ruling.

‘I will add that in France, everyone is free to work,’ she said. ‘Or else you’d have to forbid farmers from making money from cattle breeding. 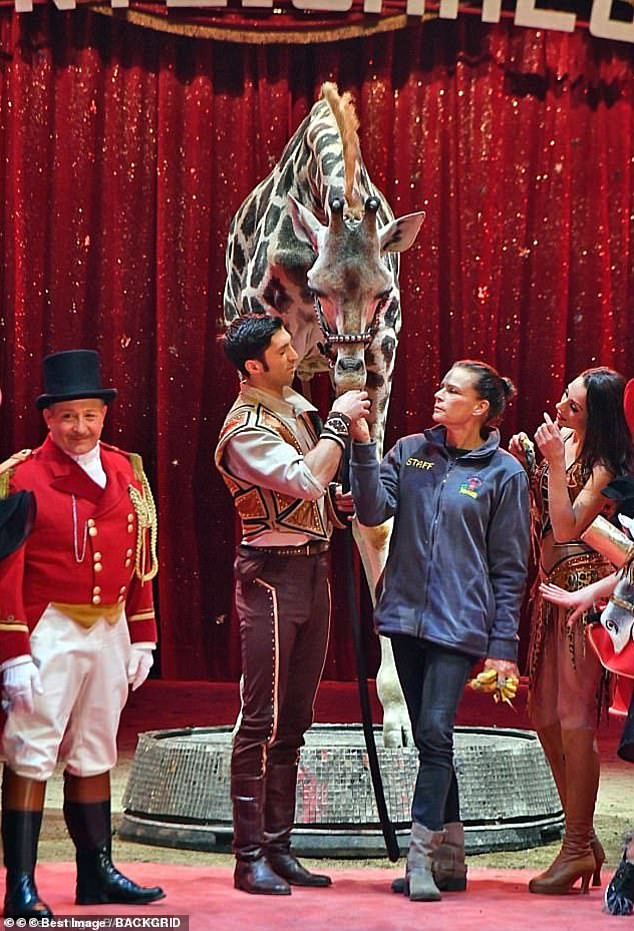 ‘They should ban everything rather than hammering on the circus families. Circus has changed, it lives with its times.’

She also revaled why she would never become vegan, saying: ‘We each have the right to put whatever we want on our plate. It doesn’t mean we’re bad people.

‘If I want to eat a good steak, I’m not keeping someone else from enjoying soybeans.’

She added that she likes to wear ‘warm’ woolen sweaters and shoes that keep her feet dry, suggesting she believes the quality of vegan products are not up to scratch. 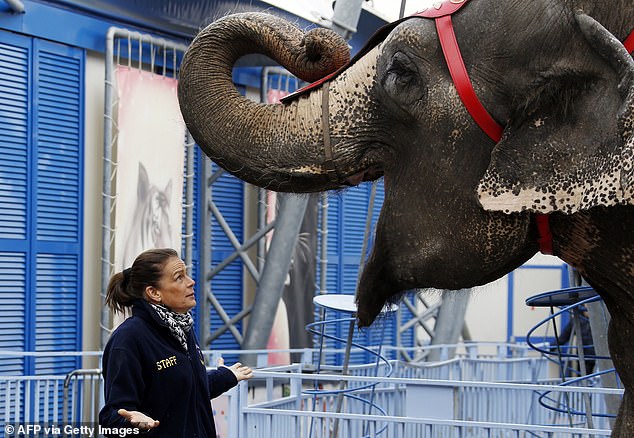 The Princess, who is the youngest daughter of the late Prince Rainier III and Princess Grace of Monaco, inherited her passion for the circus from her father.

In the same interview, she wondered why such measures should be imposed by a state.

Princess Stéphanie, whose father Prince Ranier III of Monaco created the the first festival in 1974 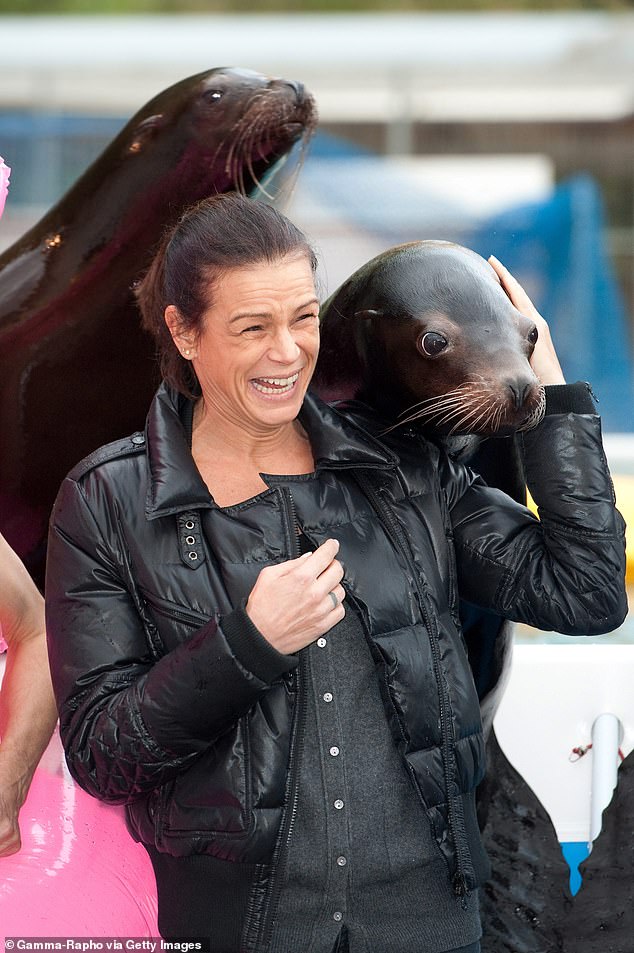 France announced on Tuesday that it would gradually ban the use of animals in travelling circuses and marine parks (pictured: Stephanie of Monaco with a sea lion at the 34th Monte Carlo International Circus Festival in 2010)

It’s not the first time she has lashed out at those who criticise circuses for using performing animals, claiming they’re just trying to be ‘fashionable’.

The royal previously told AFP that animals have always been an integral part of the show, saying: ‘This is part of our cultural heritage. It’s a whole, with clowns and acrobats.

She claimed that ‘not all circus animals are unhappy’ as welfare standards have improved, and claimed that critics are ‘a minority who wish to impose their will upon others’.