A host of celebrity names have thrown their behind the global climate change protests that have taken over cities across the world today.

Activists descended on cities across the country as the Global Strike 4 Climate Change movement kicked off in the UK to coincide with protests all over the planet.

Household names such as Sir Billy Connolly and Stephen Fry were among the thousands who took to the streets today demanding action over global warming.

The stand-up king posed for photographs with other protesters and joked that he joined the march because it ‘gets kids minds off boring Brexit’. 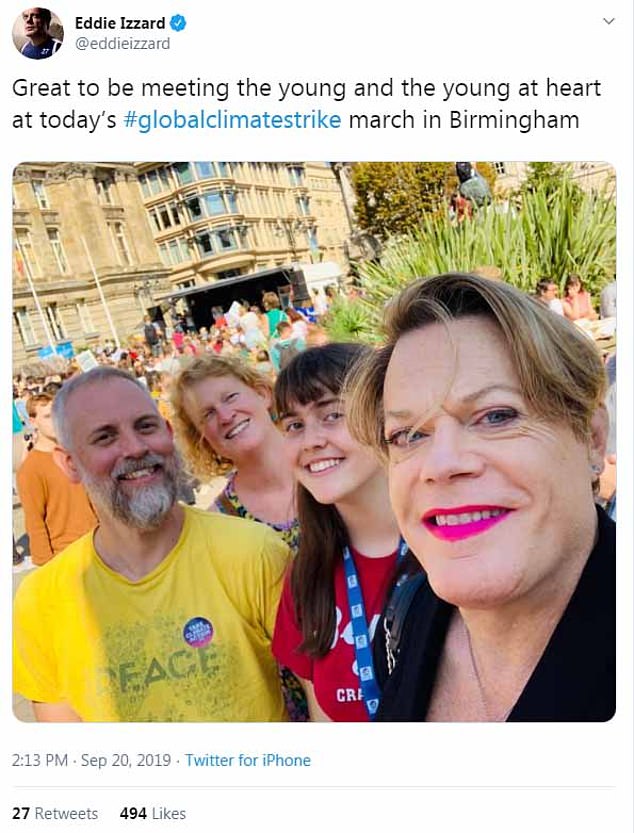 Comedian Eddie Izzard joined the climate action in Birmingham this afternoon. Posting a selfie to twitter, the political activist wrote: ‘Great to be meeting the young and the young at heart at today’s Global Climate Strike in Birmingham’ 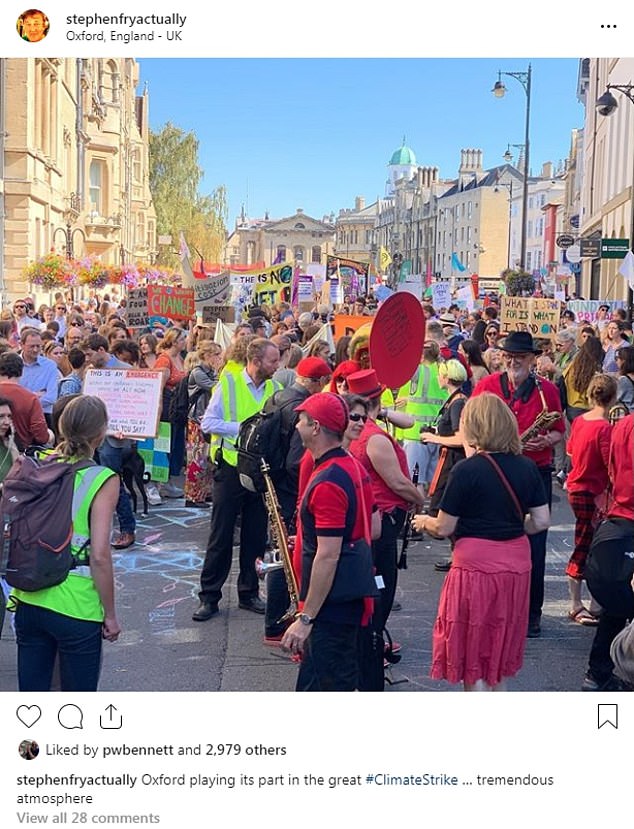 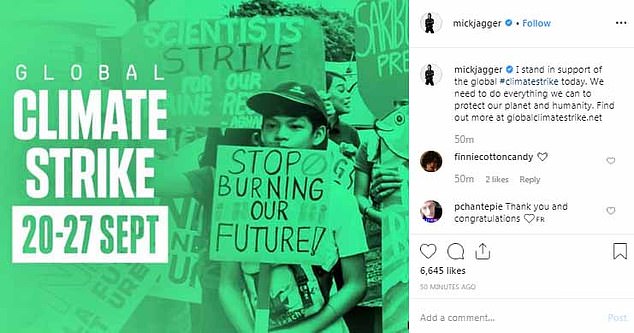 Posting a selfie to twitter, the political activist wrote: ‘Great to be meeting the young and the young at heart at today’s Global Climate Strike in Birmingham’.

English actor and writer Stephen Fry paid tribute to protesters who had gathered in Oxford this afternoon.

‘We need to do everything we can to protect our planet.’ 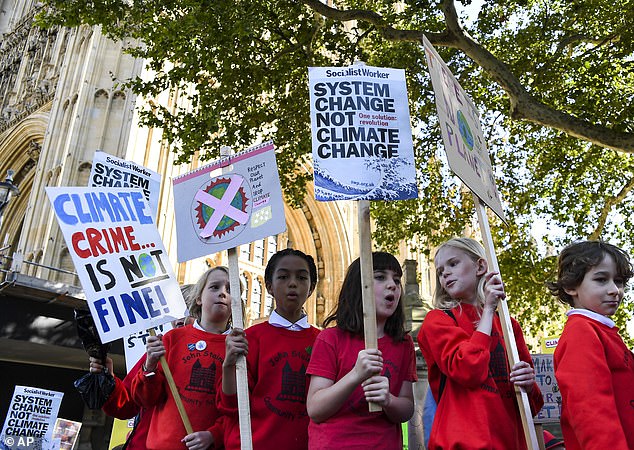 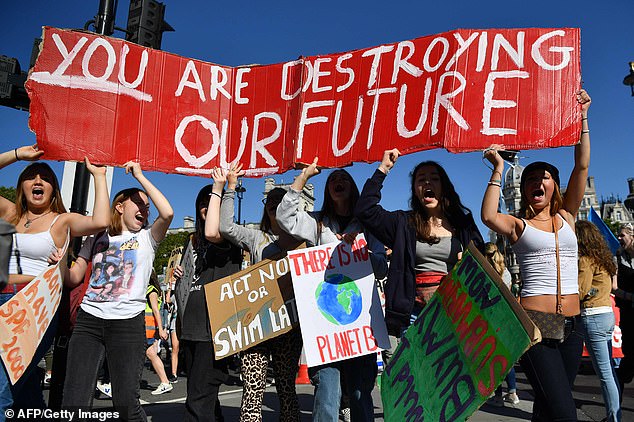 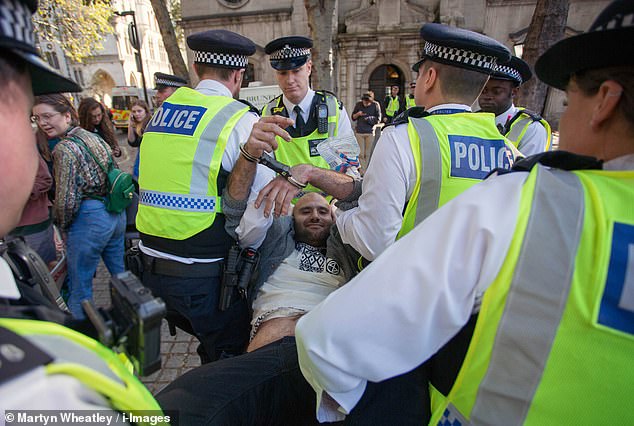 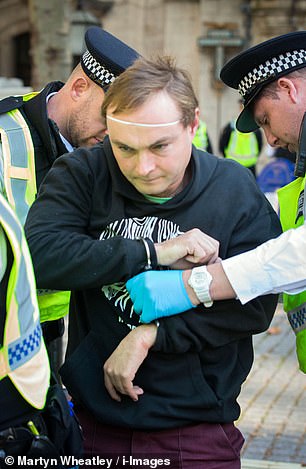 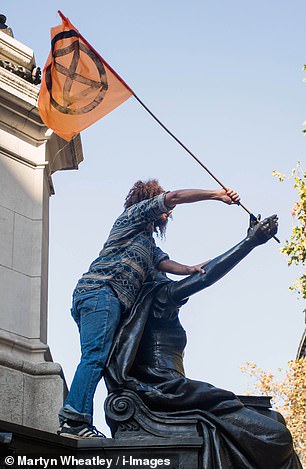 A protester is led away by police in handcuffs this morning (shown left), while an Extinction Rebellion activist is shown waving a XR flag outside King’s College London 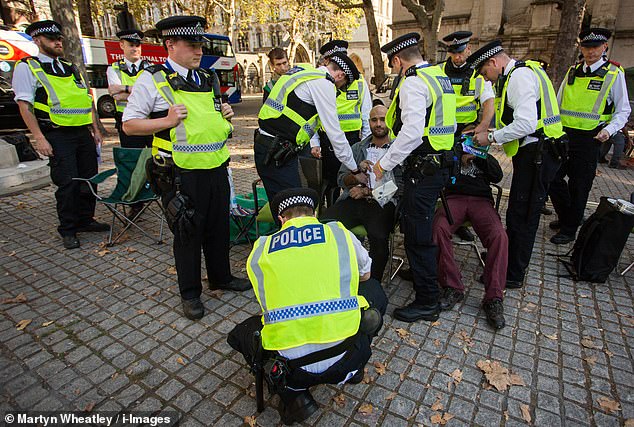 Schoolchildren, many of them dressed in their uniforms, joined in on more than 200 different climate events in Britain after they were urged to walk out of classes throughout Friday.

Politicians have been split on whether or not pupils should be skipping lessons to attend the climate protests, with Labour leader Jeremy Corbyn and mayor Sadiq Khan among those to commend young demonstrators.

State school leaders had urged youngsters not to take part, saying they understand the strength of feeling around the issue, but have concerns about pupil welfare.

But Suzie Longstaff, headmistress of the £18,900-a-year private Putney High School in south-west London, said that young people should be able to make their own decisions about whether to take part in today’s action.

But Ms Longstaff said: ‘Every day we are educating the young people of the future to speak out and make their own decisions.

‘We are trying to provide a modern and relevant education which includes connecting to topics that they feel passionate about. We can’t pick and choose what those are. 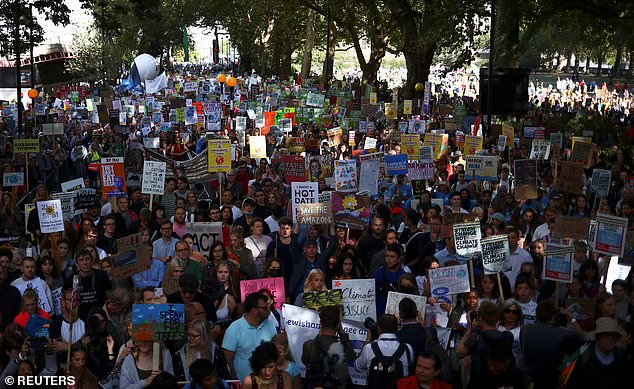 Thousands of protesters gather near the Houses of Parliament for today’s climate change demonstration, where Labour leader Jeremy Corbyn spoke later this afternoon 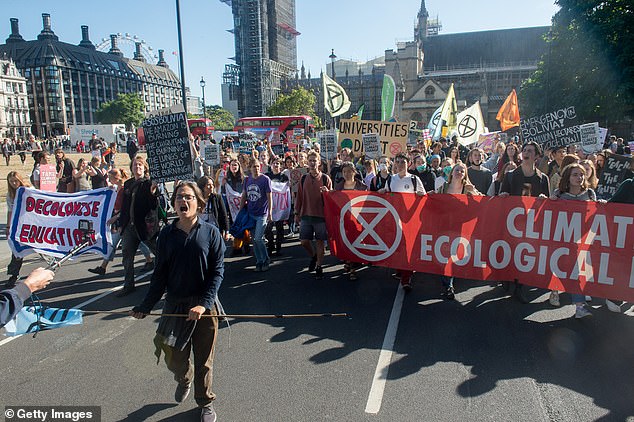 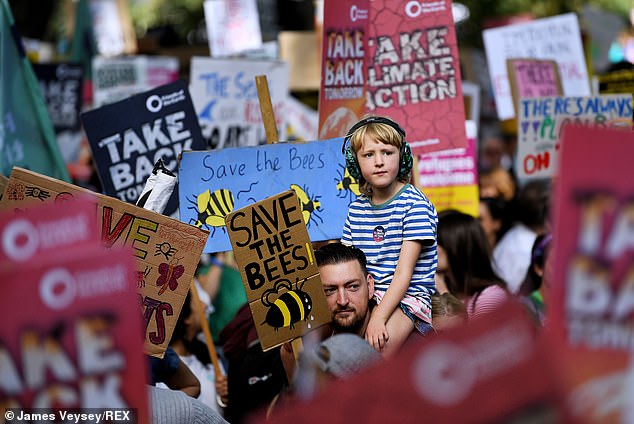 ‘I’m proud that Putney students have both a social and environmental conscience and I applaud them. Those who feel strongly about protesting will be there.’

Sylvie Craig, 11, and her friend Eva De Pear, 12, both of Shepherds Bush in west London, took the day off school and brought their mothers to the demonstration.

Sylvie said: ‘Climate change is really important. We can’t just talk about it, we have to do something about it ‘

Her mother Bay Garnett, a fashion director, said: ‘I am here for my children and all children. I think every mother feels the same. They need a healthy planet to live on.’

Eva skipped her biology lesson on Friday, saying that going to it made ‘no sense’ because ‘the planet is in real big trouble’. She said: ‘I am here to teach people a lesson instead of learning a lesson.’

Her mother Leila Amanpour said: ‘I feel that unless we come out into the streets, especially the children, the Government is not going to do anything about climate change.’ 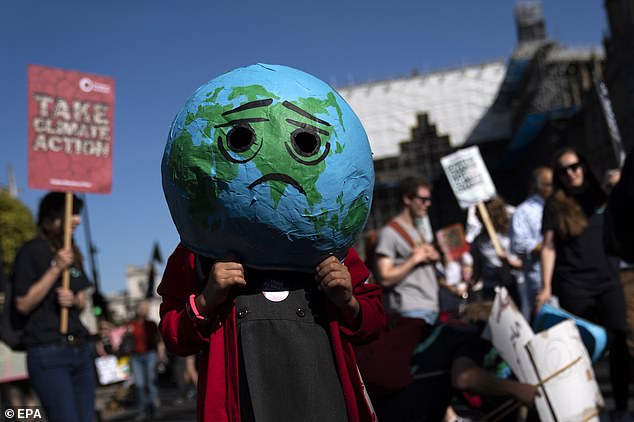 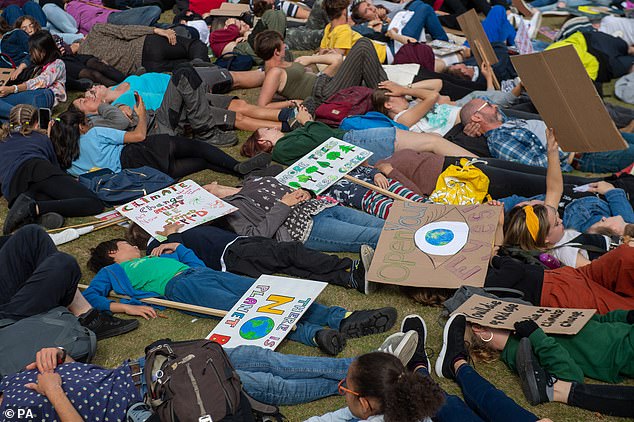 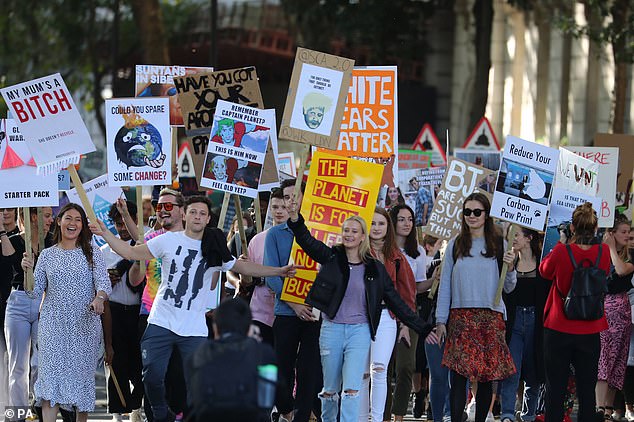 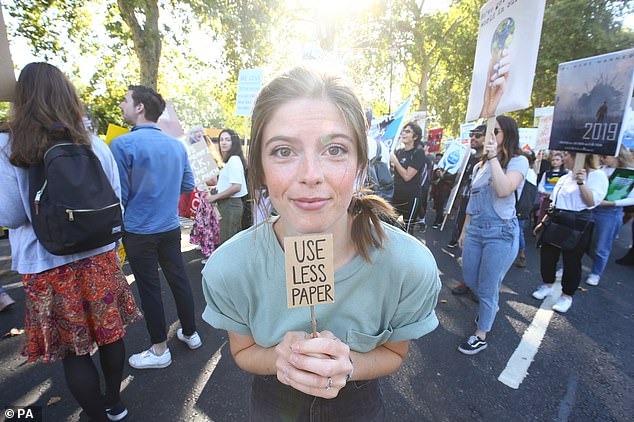 Young climate strikers across the country (pictured here in Millbank, London this morning) are taking to the streets as part of a global protest to demand urgent action to tackle climate change 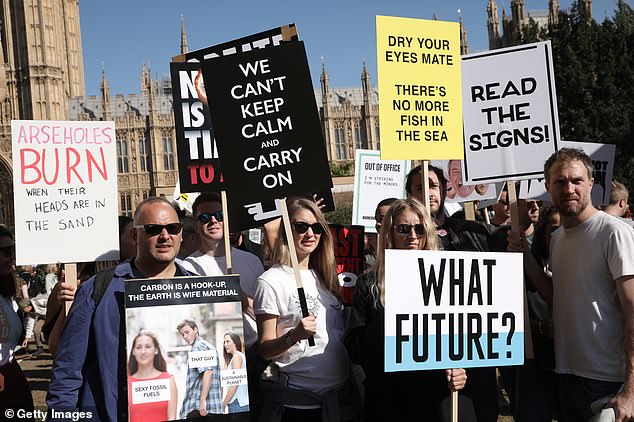