STEPHEN GLOVER: This was the moment Jeremy Corbyn’s mask was ripped away

Until grilled by Andrew Neil last night, Jeremy Corbyn had in many ways enjoyed a relatively easy campaign. Although he has engaged head-to-head with Boris Johnson, he has gone out of his way to avoid the toughest interviewers.

During last week’s special edition of BBC1’s Question Time, he was helped because he was one of several would-be prime ministers, and the spotlight was not solely on him. He also seems to have had some Labour placemen in the audience rooting on his behalf.

But yesterday was a very different experience. For the first time in this election, he was confronted with a combative interviewer in the shape of Mr Neil, who is a master of facts and was eager to put the Labour leader on the spot.

Even Mr Corbyn’s admirers could not reasonably contend that he covered himself with glory. He came over as rigid, doctrinaire, ill-informed and occasionally testy. The mask was ripped away.

After the Chief Rabbi said the ‘new poison’ of anti-Semitism that had taken root in Labour had been ‘sanctioned from the top’, it was inevitable that this subject would dominate the interview.

Would Mr Corbyn show any evidence of a new flexibility in his thinking about Labour and anti-Semitism? Would he evince any sense of shock that the Chief Rabbi should have thought it necessary to deliver such a withering judgment? Above all, would he apologise?

The answer to all these questions was an emphatic ‘No’. Mr Corbyn simply repeated the formula he has employed before. Anti-Semitism was ‘not acceptable’. He was utterly opposed to ‘any form of racism’.

Confronted with egregious instances of anti-Semitism – associating the name Rothschild in a pejorative way with the State of Israel and denying that the Holocaust took place – he expressed a degree of dismay but no contrition.

When Mr Neil asked if he was ‘ashamed’ that many British Jews were contemplating leaving the country in the event of a Labour victory, he declined the opportunity to say what an appalling outcome that would be.

Four times he was offered the chance to apologise for the hurt caused to the Jewish community, and four times he refused. Many will have found it shocking that he couldn’t say sorry for all the hurt and unhappiness his Labour Party has caused. 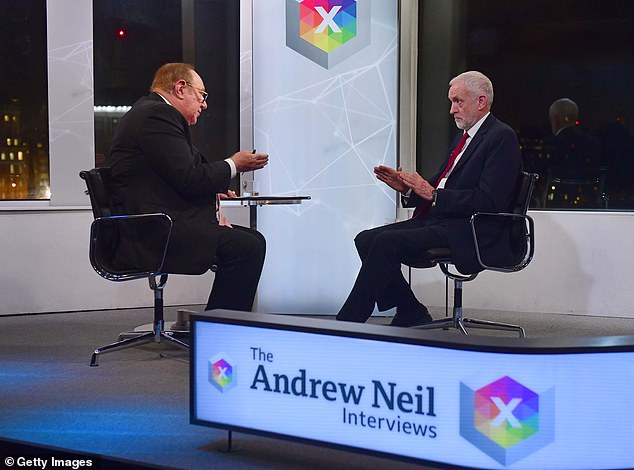 For the first time in this election, Corbyn was confronted with a combative interviewer in the shape of Andrew Neil, who is a master of facts and was eager to put the Labour leader on the spot

A bigger hearted and more imaginative man would have expressed genuine sorrow at being the leader of a party which has created so much upset – even driving life-long Jewish Labour MPs to tear up their membership cards.

So I return to the baffling question. Even if he believes he and his party are not anti-Semitic – and there is a mountain of evidence to the contrary – why couldn’t he bring himself to identify with, and sympathise with, the many Jewish people living in a state of fear?

Is it because he is frightened that any apology would go down badly with the Hard-Left Momentum group, which undoubtedly harbours anti-Semites? Or is it because he can’t bring himself in his heart to admit that a particular affront has been done to Jews?

What I saw – and I suspect many viewers will agree – was a stubborn and somewhat limited man who repeats in metronomic tones the same empty condemnations of racism in all its forms without grasping the enormity of the actual offence.

And this same unbending and intellectually hamstrung leader was on show when Mr Neil discussed Brexit, taxation, government borrowing, terrorism and finding £58billion to pay women who believe they were deprived of their pension entitlement with insufficient notice. 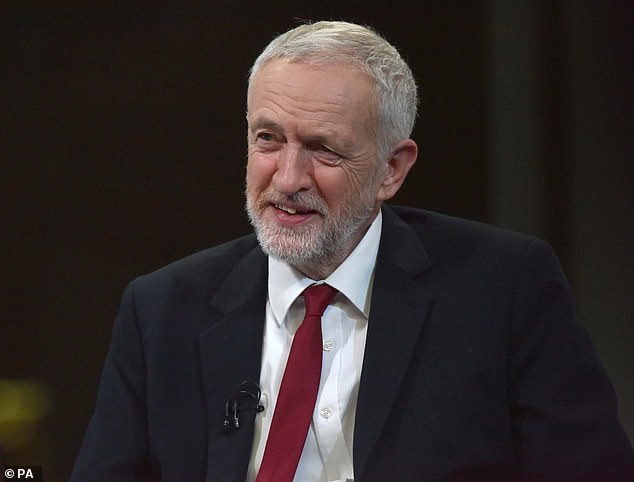 Even Mr Corbyn’s admirers could not reasonably contend that he covered himself with glory. He came over as rigid, doctrinaire, ill-informed and occasionally testy, writes Stephen Glover

For example, he refused to concede that his proposed abolition of the marriage tax allowance would disadvantage lower taxpayers – as opposed to the top five per cent Labour is openly targeting – and that poorer people would be hit by higher tax on dividends on modest investment earnings.

He was totally at sea when pressed as to where a Labour Government would find the £58 billion (on top of the extra £83 billion he is promising in extra annual expenditure) to ‘repay’ the women pensioners.

The Labour leader also spoke vaguely about raiding official ‘reserves’ before, under pressure from the relentless Mr Neil, conceding that these were insufficient. Eventually he agreed that ‘if necessary’ there would have to be more borrowing.

Here is a prospective leader of our country who plainly neither knows nor understands how his administration would fund a promise he has pulled out of the hat in a desperate attempt to garner votes.

Mr Corbyn was also predictably evasive when asked whether he would give the go-head for British special forces to eliminate the terrorist head of Isis. Instead, he pressed a button in his brain, which spewed out the familiar words ‘inequality’, ‘injustice’ and ‘climate change’.

Is this narrow, often ill-informed and unyielding man fit to be our next Prime Minister? I’ve little doubt that, on this showing, he won’t have advanced his cause in the minds of undecided voters.

As for Andrew Neil, the country owes him a debt, though I daresay that, if Jeremy Corbyn should ever come to power, his more ruthless henchmen will want to punish such remorseless interviewers by packing them off to a gulag.