STEPHEN GLOVER: Why did it take a peer and his parliamentary privilege to defend the press?

The naming of Sir Philip Green in the House of Lords as the businessman accused of sexual harassment must be a great relief to his alleged victims.

And it is equally unacceptable that a newspaper which had spent eight months investigating allegations of racial and sexual abuse of staff should have been prevented by a court from publishing information that was so plainly in the public interest.

On Wednesday it had emerged that a wealthy businessman — who we now know to be Sir Philip Green — had won an interim court injunction to stop the Daily Telegraph from revealing his name, or the details of the claims of abuse against employees.

After a 24-hour guessing game over his identity, the billionaire Sir Philip Green was named in the Lords yesterday when former Labour minister Peter Hain used Parliamentary privilege (above). 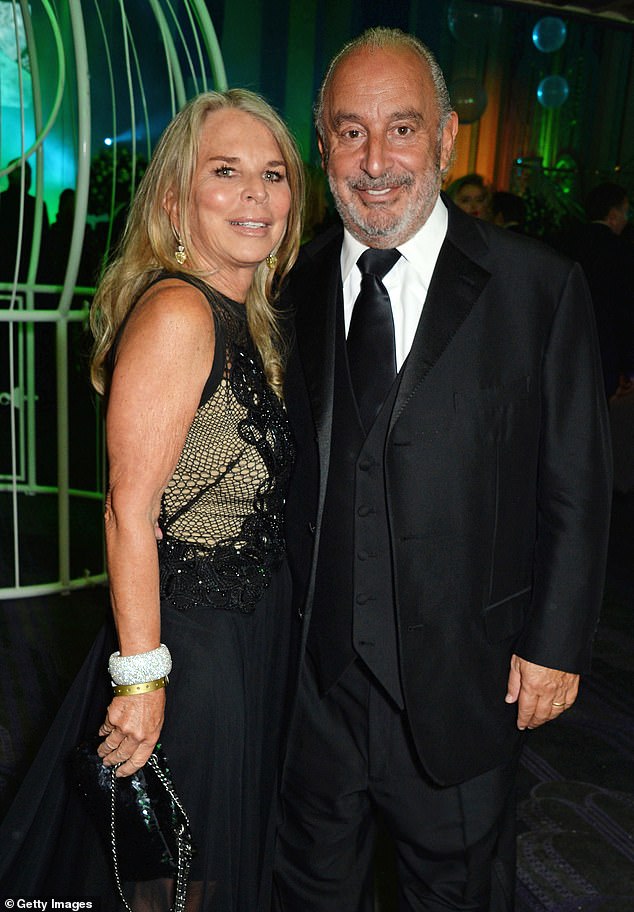 ‘The naming of Sir Philip Green (pictured with his wife Tina) in the House of Lords as the businessman accused of sexual harassment must be a great relief to his alleged victims.’

Overturning the previous ruling of a High Court judge, three judges in the Court of Appeal, led by the Master of the Rolls, issued an injunction against publication on the grounds that the tycoon’s victims had all signed so-called non-disclosure agreements, presumably in return for a financial settlement.

The Telegraph itself had not signed such an agreement. It was merely in receipt of information from those who had. And that information strongly suggests that the then unnamed businessman had used his power and wealth to silence his alleged victims.

The contention of the BBC’s legal correspondent, Clive Coleman, on Radio 4’s Today programme on Wednesday, was that these non-disclosure agreements were ‘freely’ entered into by the women concerned. But how does he know? Is it not possible that some coercion was involved?

Why did the three judges side with the billionaire Sir Philip Green? Partly because non-disclosure agreements are regarded by the courts as documents of almost sacred standing.

But it is also difficult not to conclude that the judges had a natural inclination to defend the privacy of an enormously rich man against the rights of a supposedly free Press. This is a disturbing thought.

No doubt they genuinely believed that they were administering the law impartially. But why — in contrast to the High Court judge who found in the Telegraph’s favour — did they not allow considerations of public interest to be paramount?

The case recalls the hundreds of injunctions and so-called super-injunctions which have been handed out by judges under Article 8 of the Human Rights Act to protect the privacy of wealthy men — it is usually men — with large cheque books.

In 2011, in a case that carries echoes of Sir Philip Green, the footballer Ryan Giggs was named by a Liberal Democrat MP under parliamentary privilege. Giggs’s sexual shenanigans were of scant interest in themselves. The issue then, as now, is the ability of powerful men to keep stories out of the Press. 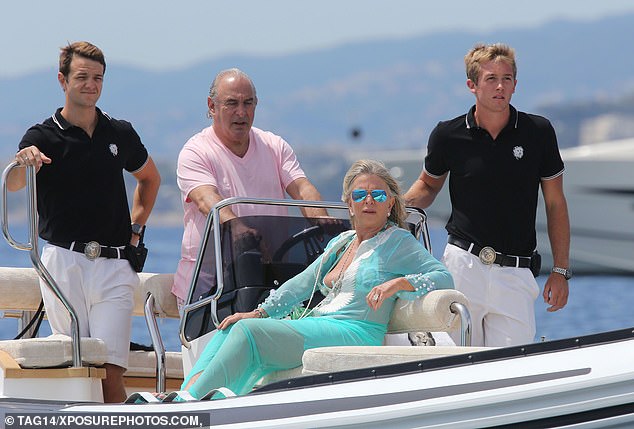 On Wednesday it had emerged that a wealthy businessman — who we now know to be Sir Philip Green — had won an interim court injunction to stop the Daily Telegraph from revealing his name, or the details of the claims of abuse against employees. Green is pictured with his wife Tina on a boat in Eden Roc

It emerged that the courts had issued gagging orders in many cases that had little or nothing to do with the sexual misdemeanours of celebrities. Some of them even concerned large companies anxious to prevent allegations about their commercial affairs.

Plus ca change. My fear is that some judges have a predisposition in favour of protecting the privacy of very rich men, and a prejudice against the rights of the media to report what is in the public interest.

That is why, though welcome, Theresa May’s undertaking on Wednesday to end the use of ‘unethical’ non-disclosure agreements is unlikely to lead to complete transparency so long as the freedom to publish meets with an in-built resistance in the courts.

As the Prime Minister noted, ‘sexual harassment in the workplace is against the law’. That is why it is shaming — as well as alarming — that three very senior judges should have sided with Sir Philip Green against the rights of a free Press.