Stephen Hawking’s ashes will be interred at Westminster Abbey

Stephen Hawking was one of the world’s most acclaimed cosmologists, a medical miracle, and probably the galaxy’s most unlikely superstar celebrity.

After being diagnosed with a rare form of motor neurone disease in 1964 at the age of 22, he was given just a few years to live.

Yet against all odds Professor Hawking celebrated his 70th birthday nearly half a century later as one of the most brilliant and famous scientists of the modern age.

Despite being wheelchair-bound, almost completely paralysed and unable to speak except through his trademark voice synthesiser, he wrote a plethora of scientific papers that earned him comparisons with Albert Einstein and Sir Isaac Newton.

At the same time he embraced popular culture with enthusiasm and humour, appearing in TV cartoon The Simpsons, starring in Star Trek and providing the voice-over for a British Telecom commercial that was later sampled on rock band Pink Floyd’s The Division Bell album.

His rise to fame and relationship with his first wife, Jane, was dramatised in a 2014 film, The Theory Of Everything, in which Eddie Redmayne put in an Oscar-winning performance as the physicist battling with a devastating illness.

He was best known for his work on black holes, the mysterious infinitely dense regions of compressed matter where the normal laws of physics break down, which dominated the whole of his academic life.

Hawking is pictured with his  children Robert, Lucy & Tim and his wife Jane

Prof Hawking’s crowning achievement was his prediction in the 1970s that black holes can emit energy, despite the classical view that nothing – not even light – can escape their gravity.

Hawking Radiation, based on mathematical concepts arising from quantum mechanics, the branch of science that deals with the weird world of sub-atomic particles, eventually causes black holes to ‘evaporate’ and vanish, according to the theory.

Had the existence of Hawking Radiation been proved by astronomers or physicists, it would almost certainly have earned Prof Hawking a Nobel Prize. As it turned out, the greatest scientific accolade eluded him until the time of this death.

Born in Oxford on January 8 1942 – 300 years after the death of astronomer Galileo Galilei – Prof Hawking grew up in St Albans.

He had a difficult time at the local public school and was persecuted as a ‘swot’ who was more interested in jazz, classical music and debating than sport and pop.

Although not top of the class, he was good at maths and ‘chaotically enthusiastic in chemistry’.

As an undergraduate at Oxford, the young Hawking was so good at physics that he got through with little effort.

He later calculated that his work there ‘amounted to an average of just an hour a day’ and commented: ‘I’m not proud of this lack of work, I’m just describing my attitude at the time, which I shared with most of my fellow students.

‘You were supposed to be brilliant without effort, or to accept your limitations and get a fourth-class degree.’

Hawking got a first and went to Cambridge to begin work on his PhD, but already he was beginning to experience early symptoms of his illness.

During his last year at Oxford he became clumsy, and twice fell over for no apparent reason. Shortly after his 21st birthday he went for tests, and at 22 he was diagnosed with amyotrophic lateral sclerosis (ALS), a form of motor neurone disease.

The news came as an enormous shock that for a time plunged the budding academic into deep despair. But he was rescued by an old friend, Jane Wilde, who went on to become his first wife, giving him a family with three children.

After a painful period coming to terms with his condition, Prof Hawking threw himself into his work.

At one Royal Society meeting, the still-unknown Hawking interrupted a lecture by renowned astrophysicist Sir Fred Hoyle, then at the pinnacle of his career, to inform him that he had made a mistake.

An irritated Sir Fred asked how Hawking presumed to know that his calculations were wrong. Hawking replied: ‘Because I’ve worked them out in my head.’ 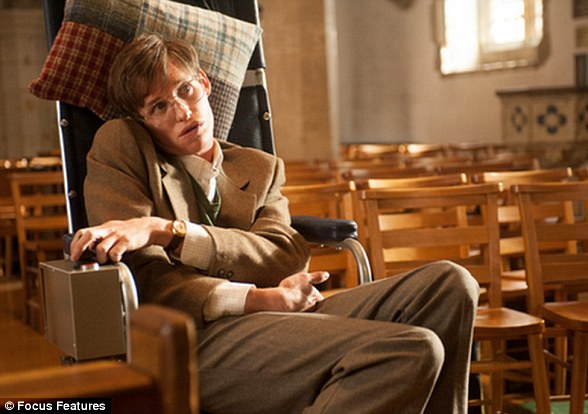 In the 1980s, Prof Hawking and Professor Jim Hartle, from the University of California at Santa Barbara, proposed a model of the universe which had no boundaries in space or time.

The concept was described in his best-selling popular science book A Brief History Of Time, published in 1988, which sold 25 million copies worldwide.

As well as razor sharp intellect, Prof Hawking also possessed an almost child-like sense of fun, which helped to endear him to members of the public.

He booked a seat on Sir Richard Branson’s Virgin Galactic sub-orbital space plane and rehearsed for the trip by floating inside a steep-diving Nasa aircraft – dubbed the ‘vomit comet’ – used to simulate weightlessness.

On one wall of his office at Cambridge University was a clock depicting Homer Simpson, whose theory of a ‘doughnut-shaped universe’ he threatened to steal in an episode of the cartoon show. He is said to have glared at the clock whenever a visitor was late.

From 1979 to 2009 he was Lucasian Professor of Mathematics at the university – a post once held by Sir Isaac Newton. He went on to become director of research in the university’s Department of Applied Mathematics and Theoretical Physics.

Upheaval in his personal life also hit the headlines, and in February 1990 he left Jane, his wife of 25 years, to set up home with one of his nurses, Elaine Mason. The couple married in September 1995 but divorced in 2006.

Throughout his career Prof Hawking was showered with honorary degrees, medals, awards and prizes, and in 1982 he was made a CBE.

But he also ruffled a few feathers within the scientific establishment with far-fetched statements about the existence of extraterrestrials, time travel, and the creation of humans through genetic engineering.

He has also predicted the end of humanity, due to global warming, a new killer virus, or the impact of a large comet.

In 2015 he teamed up with Russian billionaire Yuri Milner who has launched a series of projects aimed at finding evidence of alien life. 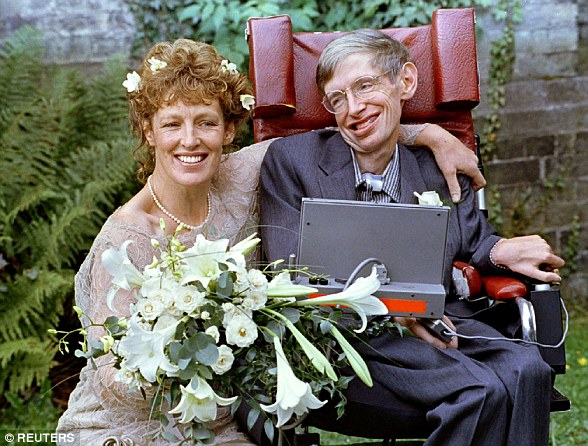 The decade-long Breakthrough Listen initiative aims to step up the Search for Extraterrestrial Intelligence (Seti) by listening out for alien signals with more sensitivity than ever before.

Meanwhile Prof Hawking’s ‘serious’ work continued, focusing on the thorny question of what happens to all the information that disappears into a black hole. One of the fundamental tenets of physics is that information data can never be completely erased from the universe.

A paper co-authored by Prof Hawking and published online in Physical Review Letters in June 2016 suggests that even after a black hole has evaporated, the information it consumed during its life remains in a fuzzy ‘halo’ – but not necessarily in the proper order.

Prof Hawking outlined his theories about black holes in a series of Reith Lectures broadcast on BBC Radio 4 in January and February 2016. 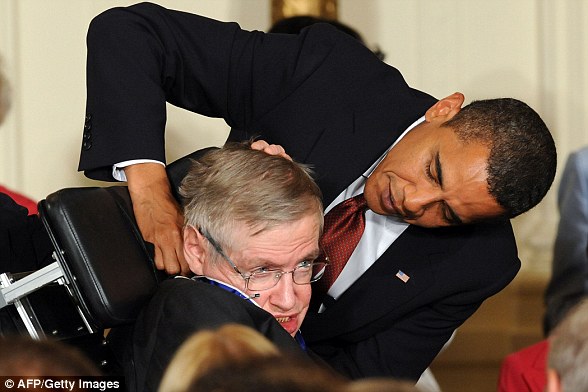