A mother who ‘felt capable of murder’ for two weeks before every period for 12 years, blames her extreme premenstrual rages on being sterilised after childbirth.

Describing herself as ‘like Dr Jekyll and Mr Hyde,’ Sarah Coppin, 44, from Chelmsford, Essex, was filled with such rage in the fortnight before her period she would scream at strangers in the street, get into confrontations during her daily commute and row with neighbours.

She even blames her temper for the breakdown of her marriage.

Ms Coppin, a homelessness support worker, said: ‘I was a menace to society. I behaved like a bull in a china shop. I felt capable of murder.’

Although never officially diagnosed, Ms Coppin believes she was suffering from an extreme form of PMS known as premenstrual dysphoric disorder (PMDD), which has since been resolved since having a total hysterectomy. 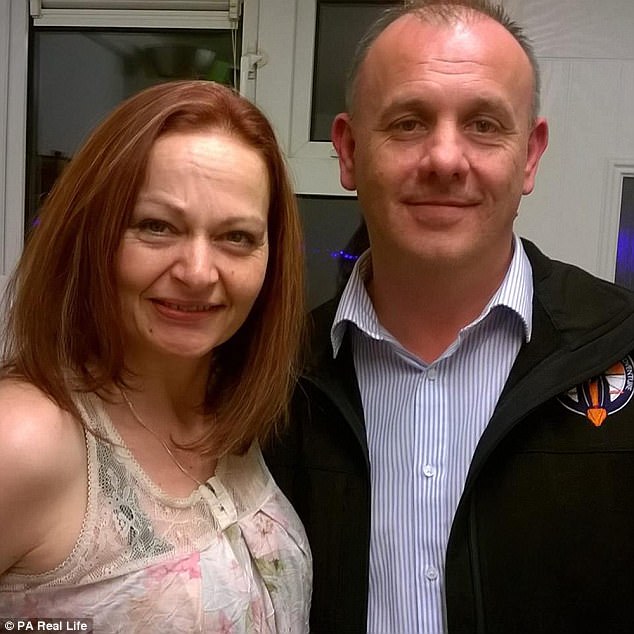 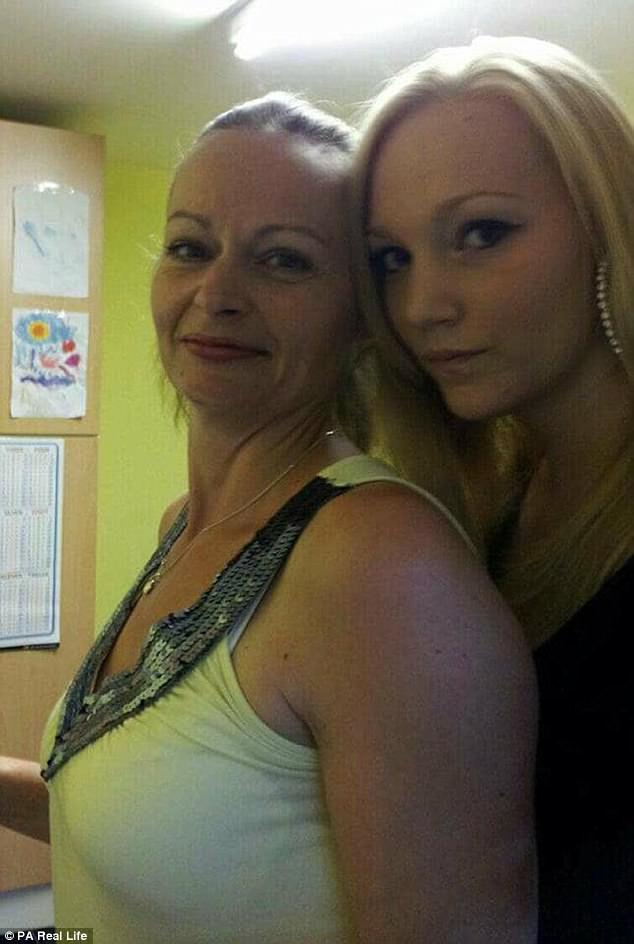 She screamed at strangers and rowed with commuters (pictured with her daughter Cass, 26)

WHAT IS PREMENSTRUAL DYSPHORIC DISORDER?

Like PMS, PMDD’s symptoms begin after ovulation and end shortly after menstruation begins; over a duration of around seven to 10 days.

In PMDD, symptoms are so severe a sufferer’s mental health is affected, leading to depression and anxiety.

‘I think my sterilisation caused my PMDD’

Ms Coppin, who has three children, Cass, 26, Tom, 21, and Ben, 15, with her ex-husband, says her uncontrollable anger and bouts of depression started in 2003, a few months after the birth of her youngest child.

She said: ‘I was sterilised in January 2003, where my Fallopian tubes were tied. Not long after that I didn’t feel myself.

‘I think my sterilisation caused my PMDD , but that’s never been confirmed. I have heard of something called post tubal ligation syndrome, where women who’ve been sterilised in this way develop symptoms including irritability and mood swings.

‘I saw the GP, who prescribed me antidepressants, but a few months in, I realised I wasn’t feeling down all the time, just for two weeks of the month. My GP never said my mood swings were connected to having my tubes tied, but put it down to psychological problems.’

Insisting on coming off the medication, Ms Coppin who also tried herbal remedies, was convinced her low moods were down to a hormone imbalance. Her doctor then referred her to a gynaecologist.

She said: ‘In 2012 the gynaecologist gave me Zoladex injections for five months – a medication which stops oestrogen and progestogen production – which really calmed me down.

‘But when the injections stopped, the anger all came flooding back.

In 2015, Ms Coppin eventually found a long-term solution, after doctors, recognising the strong link between her moods and her menstrual cycle, performed a hysterectomy at Broomfield Hospital, Chelmsford.

She said: ‘It’s completely changed my life. I can be a mum and I’ve got engaged to the lovely Paul. We reconnected on Facebook last November after being friends for 25 years. I feel happy and myself now.

‘I was lucky I was self-employed during the 12 years when I had PMDD, or I’d have been sacked, too.

‘I was a Dr Jekyll and Mr Hyde character and didn’t recognise myself half the time. ‘ 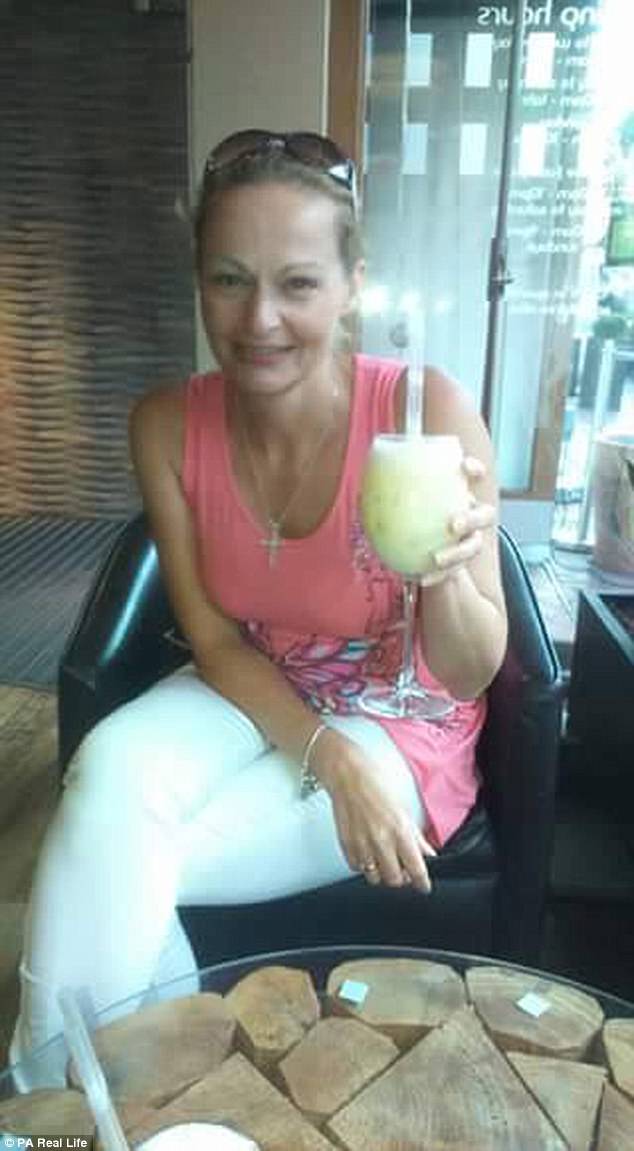 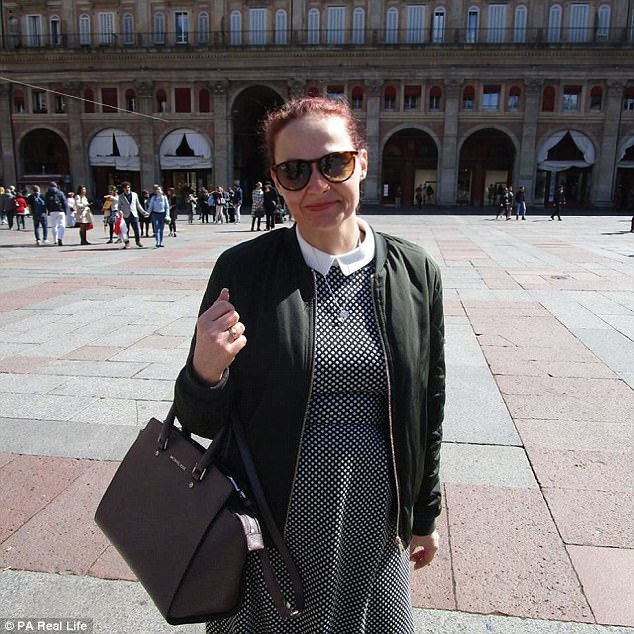 Although never diagnosed, Ms Coppin believes she was suffering from extreme PMS

‘I felt capable of murder’

Ms Coppin, who even heard voices telling her how inadequate she was, said: ‘I was a menace to society. I behaved like a bull in a china shop. I felt capable of murder.

‘I even threw a sandwich at a man who lived on my road, because I didn’t like the way he talked to my daughter.

‘In the mornings I would hear voices in my head, telling me how horrible I was. It would be my own voice saying, “Look at the state of your family.”

‘If anyone got on my nerves, or did something to upset me, I’d take it up with them there and then. I didn’t care about the fall out.

She said: ‘If someone had pushed me too far in this kind of mood, I could have done something I’d have seriously regretted.

‘As my symptoms got more extreme, I became a really pathetic person. I didn’t want to go out.

‘I’d wear sunglasses virtually for two weeks every month, because I didn’t want people looking at me, or I felt like they were staring at me all the time.

‘When I was out, I thought everyone was staring at me, so I ended up giving most people – even other mums at school – dirty looks.

‘It was an awful time for my kids and my then husband. In the two weeks I was well, I always tried to make up for the weeks when I was really bad.’ 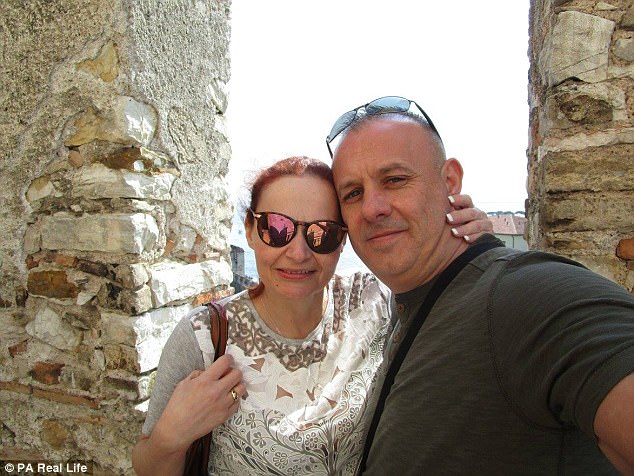 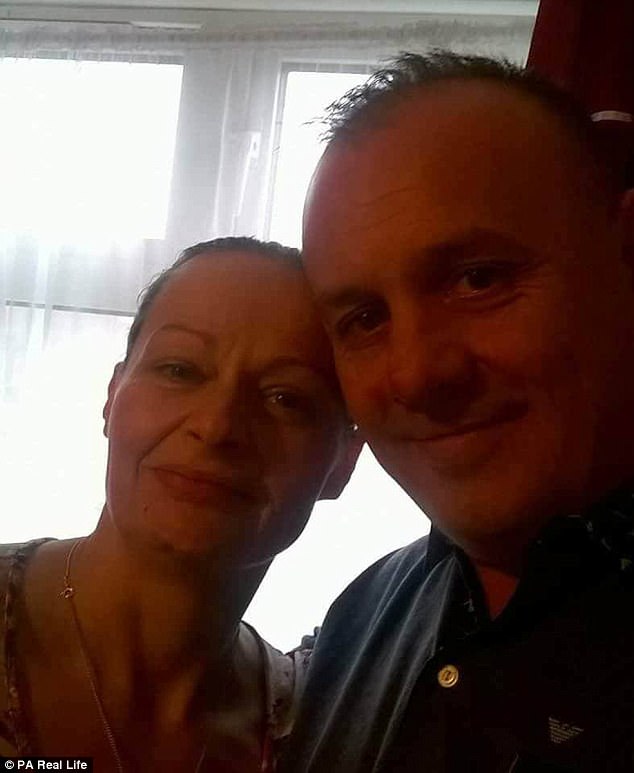 ‘I could feel the anger boiling inside me’

Even on her daily commute to her old job as a cleaner, Ms Coppin would have run-ins with strangers.

She said: ‘If I saw something I thought was unfair or unjust, like someone on the bus being rude to the driver, I’d shout and scream at them.

‘Two people were stood at the bus stop once and they spat on the floor. I could feel myself hyperventilating, with the anger boiling inside me.

‘Suddenly, I just started shouting at them, asking why they thought it was okay to do that. I didn’t care what I was doing, or the consequences.

‘People just got really taken back and didn’t know where to look.’

Relationships were irreconcilably damaged by Sarah’s atrocious moods, leading to her splitting up with her husband in 2010 and losing touch with friends, as well as becoming increasingly isolated.

She said: ‘Now, when I look back, I can’t believe how ill I was and how angry I would get, and it lasted for 12 years. I’m still a passionate person, but not out of control, like I was.

‘It put massive strain on my relationship with my husband and I’d stop seeing friends, even not answering the door to them if they came over.’

‘The doctor never called what I had PMDD, but after looking it up online and talking to other women I know that’s what I had.

‘But when my period started and for five days after, my hormones must have changed, as I felt like my normal self again.’

Dr Malcolm Dickson, 51, a consultant obstetrician and gynaecologist at Rochdale Infirmary and the Royal Oldham Hospital, Greater Manchester, who has a specific interest in PMDD, said: ‘It’s not unusual not to get a PMDD diagnosis, as it can be passed off as anxiety or being whingy. But PMDD can be a very serious condition and people turn into someone they don’t recognise and it can destroy lives and relationships.

‘There is very little original research into the condition, but one thing I have seen frequently is that it has a strong familial link.

‘The removal of the ovaries, coupled with a hysterectomy, can transform a woman’s life.’