A mother-of-three’s oozing skin left her looking like a ‘monster’ after she ditched the steroids she was prescribed for 25 years for her eczema.

Lindsey Hughes, 30, from Salt Lake City, started using steroid creams when she was just five years old to treat her eczema, and was eventually prescribed a cocktail of high dose creams, inhalers and pills.

After being given ever higher doses to control her symptoms, Ms Hughes decided to go cold turkey last year when doctors said she was at risk of kidney damage.

Ms Hughes, a nurse, then battled steroid withdrawal for 14 months, which left her with skin resembling ‘tree bark’ and in too much pain to hug her children.

The extreme reaction also caused Ms Hughes to develop depression, as well as causing her to lose her hair and 35lb (16kg) in just eight months.

Just over a year later, Ms Hughes’ skin is transformed and she is speaking out to warn others about the dangers of ongoing steroid treatment.

Lindsey Hughes terrified children with her burning, oozing skin after quitting steroids after 25 years left her looking like a ‘monster’ and with skin that resembled ‘tree bark’ 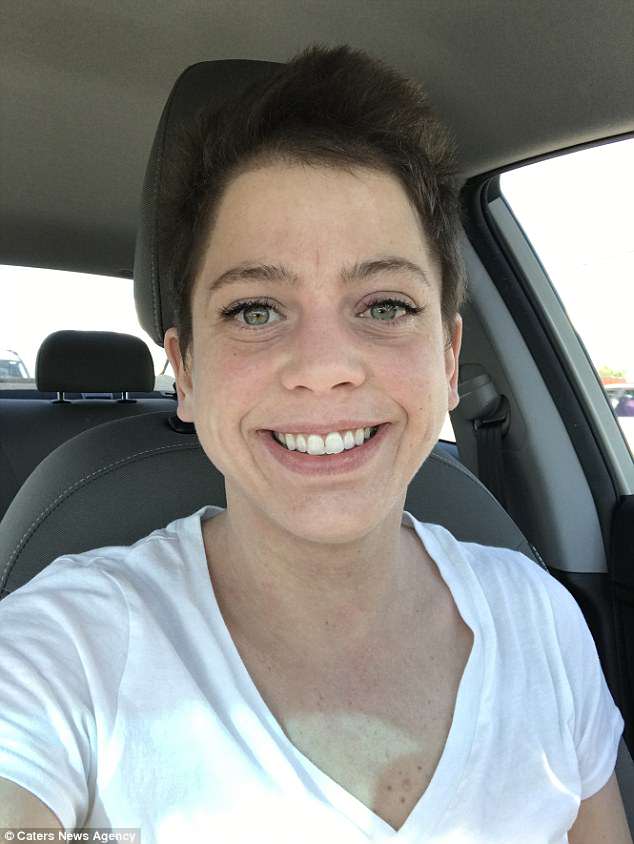 Now in recovery, Ms Hughes (pictured after) believes steroids are highly over prescribed 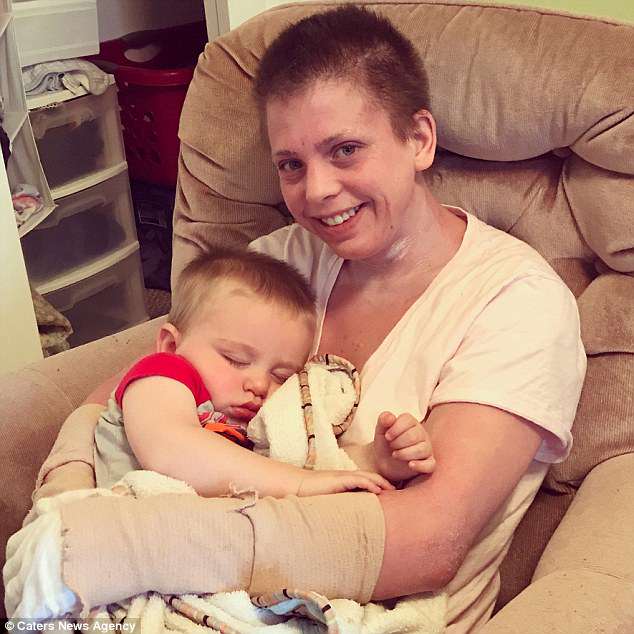 Ms Hughes (pictured during her 14-month steroid withdrawal) lost her hair and 35lbs (16kg) in just eight months. She claims her symptoms even caused her children to be frightened of her

It occurs when steroids have been discontinued after a prolonged or inappropriate length of administration.

Excessive sweating and itching is a sign of recovery.

Doctors should advise patients to avoid long term or high dose steroid use.

‘Even my kids were scared of me’

Speaking of her withdrawal, Ms Hughes said: ‘Three-months after I quit the steroid treatment my symptoms were so bad that I couldn’t sleep for weeks, my skin was swollen, I was in constant excruciating pain.

‘Initially my skin was flaking, burning and oozing, I had multiple infections the first couple of months because my skin was so badly broken down.

‘I was traumatised and depressed, it felt like it was never going to end and I would be constantly living with this pain and suffering.

‘While my skin was shedding and itching, it was one of my worst moments, I felt like a monster.

She added: ‘Even my kids were scared of me, they didn’t want to be around me because of how I looked.

‘My three-year-old son told me I looked gross, it was really hard for him and me because I couldn’t really interact with him or my other children to make them feel better.

‘I couldn’t withstand skin-to-skin contact, even when they wanted to hug me, because I was in too much pain and couldn’t hold my baby who was eight months old at the time. 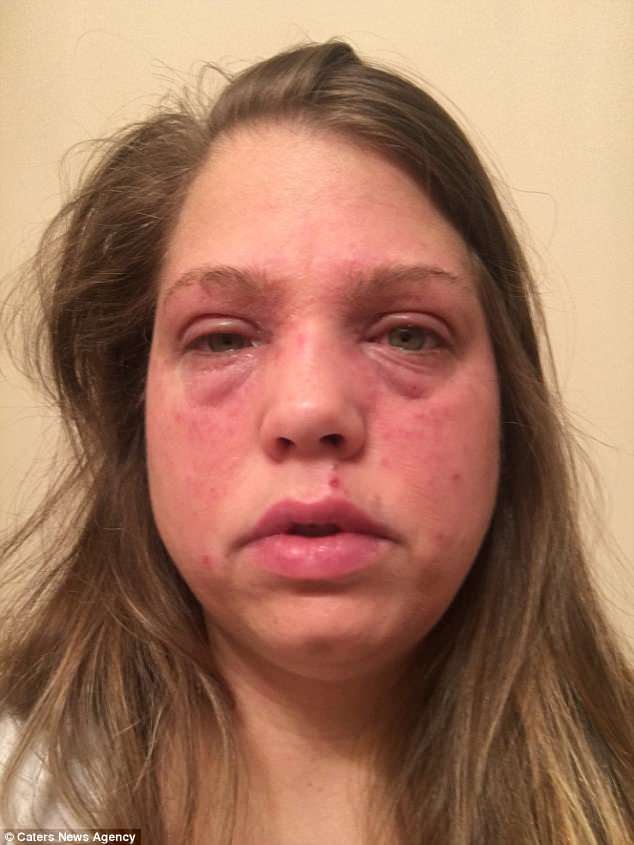 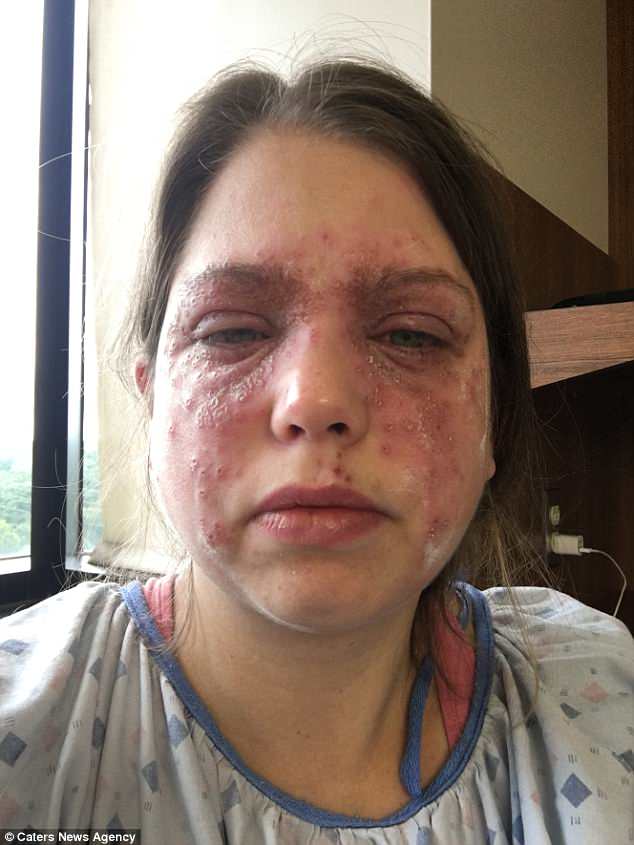 ‘I couldn’t take care of my kids’

During the withdrawal process, Ms Hughes’ skin would enflame, ooze and crack in repetitive cycles, which left her unable to work or sleep and only comfortable in the bath.

She said: ‘I couldn’t take care of my kids, I lost dexterity in my hands, I had to take medical leave for six months lying at home.

‘I had to sleep in the bath, the majority of my day was either in my bed or the bath.

‘I was stuck just lying there, it was the worst time not being able to take care of my kids or be around them that much.’

To ease her suffering, Ms Hughes took powerful pain medication, however, this did little to ease her discomfort.

She said: said: ‘I was in so much pain and my skin burning so much.’ 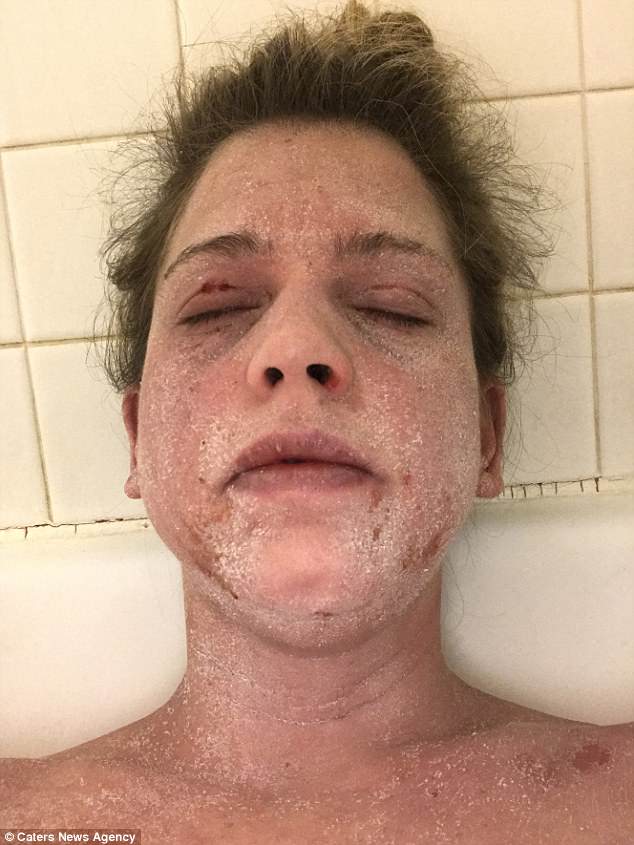 Ms Hughes’ oozing, cracked skin meant she was only comfortable when in the bath 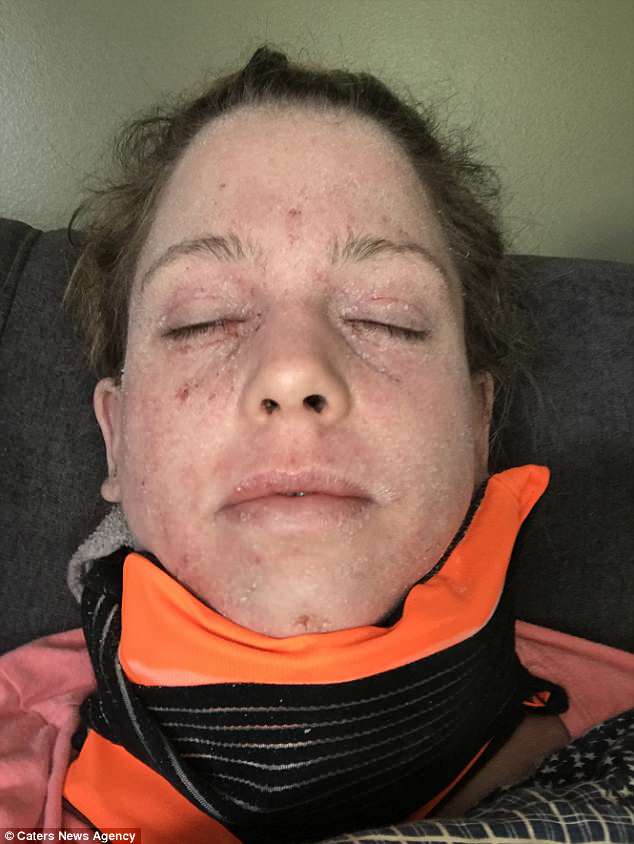 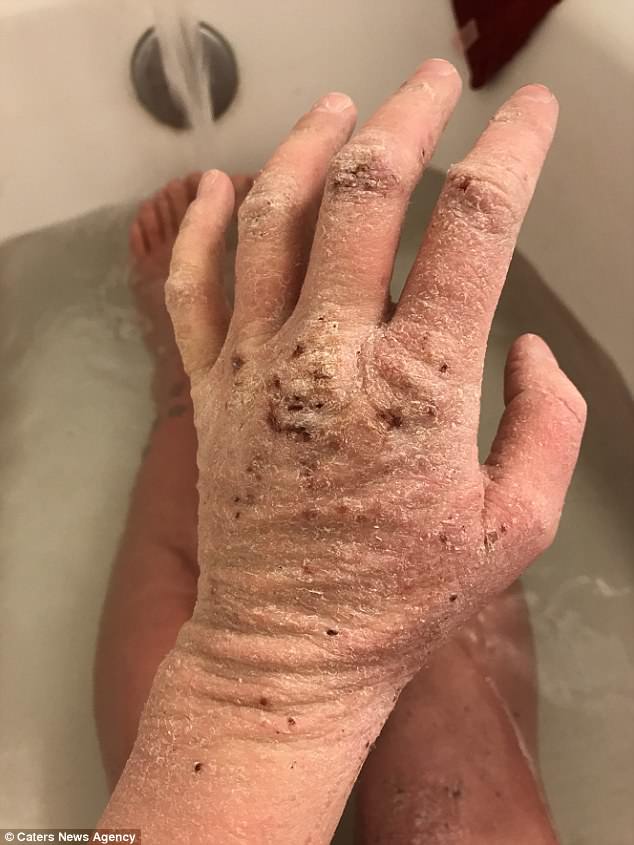 ‘It was one of the hardest chapters of my life’

While using steroids, which were also prescribed for her asthma, Ms Hughes would get through a tube of cream a week.

Speaking of her decision to quit the treatment, she said: ‘I was terrified of withdrawing after seeing what others had gone through, but I decided I had nothing to lose as I was so sick.

‘This was my only option, as weeks went by and my symptoms manifested that’s when I read more and was scared by what was to come.’

‘I’m grateful that I started the process of withdrawal, but it was one of the hardest chapters of my life.

‘Now my skin is so much better in appearance, it’s a lot clearer now than it was before I started steroids, it looks better than it ever has.

She said: ‘I still have insomnia at night but I’m functioning.

‘I have more energy, my skin is stronger and thicker, it doesn’t shed any more, there’s no more oozing or burning – thankfully I’m past those horrible symptoms.’ 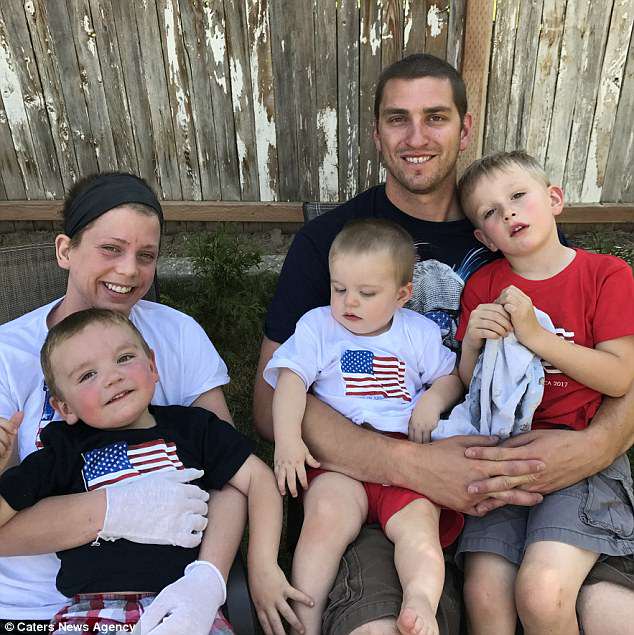 Ms Hughes (pictured with her sons and husband Tim, 31, during her withdrawal) says her skin is now looking better than it ever has, however, she still suffers from insomnia 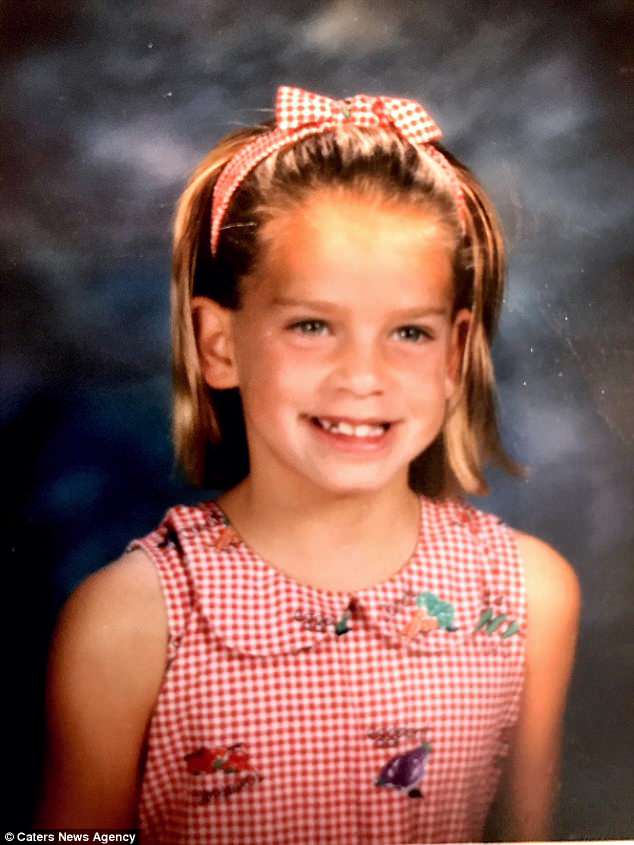 ‘Steroids are completely over prescribed’

Speaking of the dangers of long-term steroid use, Ms Hughes said: ‘I’m very frustrated that it took away my quality of life for a lot of years.

‘I saw an allergist, dermatologist and other specialists to get better, but they just kept prescribing higher and higher doses of steroids.

‘No one told me to stop until I was facing kidney damage and I was told they couldn’t give me any more, that was when I realised I needed to stop.

‘I was very upset, I couldn’t have imagined before that the treatment I was using to help myself feel better in higher and higher doses was actually making me sick.

‘But I’m glad I’ve done it now, to be where I am now, I believe steroids are completely over prescribed.’