The father of the Steubenville rapist killed after shooting a judge had been drinking all night before he opened fire over a grudge he held in error, DailyMail.com can reveal.

Nathaniel ‘Snake’ Richmond waited for Jefferson County Judge Joseph Bruzzese, Jr. to arrive at the court house on Monday, and when he saw him, he exited his car and opened fire, wounding the judge.

The judge and a probation officer returned firing, killing Richmond, 51. His son Ma’like was one of two high school footballers convicted of rape in 2013 in a case which shocked the country.

Now his friend reveals their night of drinking – and Jefferson County Sheriff Fred Abdalla tells DailyMail.com that Richmond had misunderstood the judge’s involvement in a case the rapist’s father had brought over his own mother’s death.

Father and son: Nathaniel Richmond had been at his son Ma’lik’s side during his trial for rape in a case which shocked the country. Then 16, he had been freed and was going to make his Division 1 college football for Youngstown State until another student objected this month. 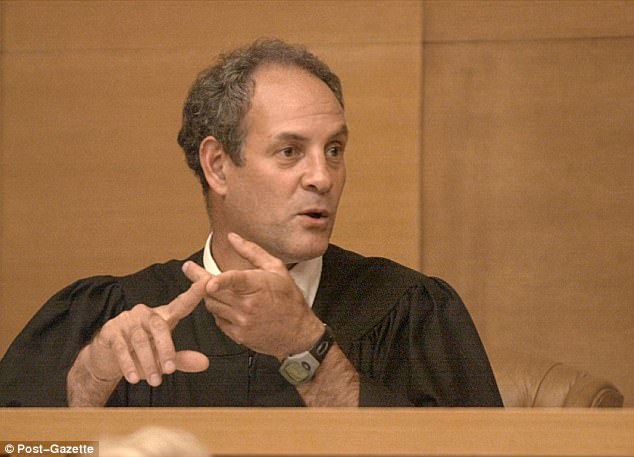 Recovering: Judge Joseph Bruzzese Jr underwent surgery but is asking when he will be released from the hospital. He was overseeing a case brought by Richmond over the dead man’s mother’s death in a house fire. Richmond appears to have misunderstood what has happening and shot him as a result, law enforcement told DailyMail.com 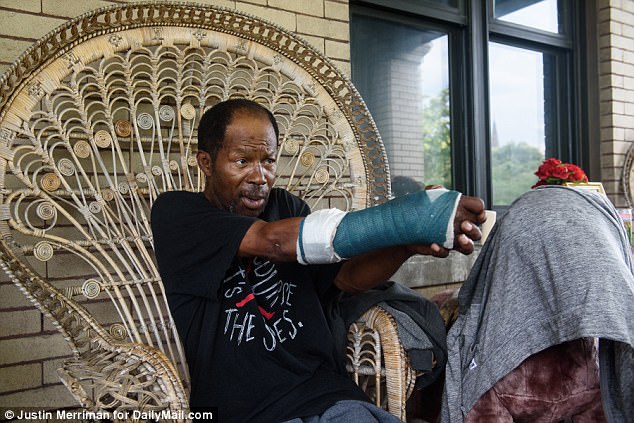 With him at the last: Curtis Golsby, 57, was drinking with Richmond before the shooting and said they were both drunk when they got to the court house. He only realized what had happened when Curtis tried to get back into their car and was shot dead 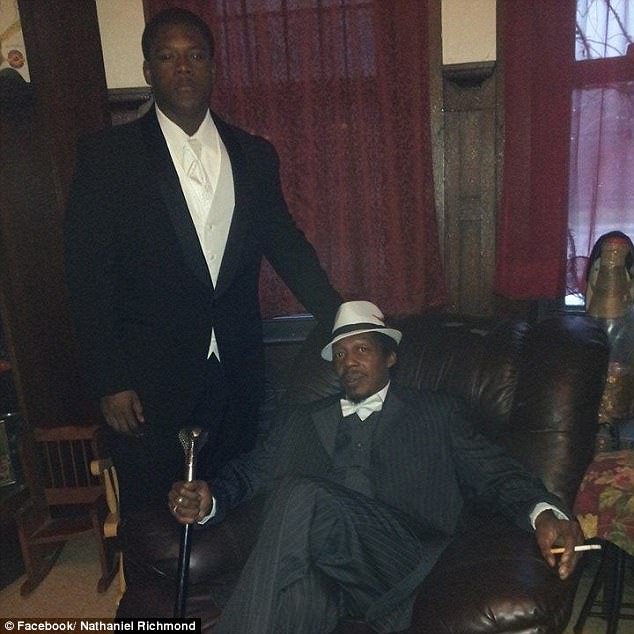 Remembered: Friends said Nathaniel Richmond had been ‘broken’ by the conviction of his son for rape and then having his college football career suspended

Before he died, Richmond had been suing the local housing authority over what he claimed was the wrongful death of his mother and two-year-old great-nephew in a housefire in 2015.

Last Friday, the authority brought a motion to dismiss the case and Judge Bruzzese set a date for a hearing on August 28.

But Abdalla told DailyMail.com Richmond misunderstood what he had been told by the court and thought the judge had dismissed his case.

‘After speaking with some of Nathaniel’s relatives we’ve learned that he mistakenly thought that a motion filed last Friday, August 18th to dismiss a lawsuit he filed against the Jefferson Metropolitan Housing Authority was actually dismissal,’ the sheriff said.

‘Nathaniel thought his cased was dismissed by Judge Bruzzese, instead it was motion set to dismiss the lawsuit and there was an August 28th hearing date set.’

Golsby, 57, told DailyMail.com that he had no idea what Richmond was planning and that he had not even mentioned his misconceived grudge against the judge.

Richmond had also been stopped in the middle of the night in Steubenville while driving with a faulty headlight, but had not been arrested, law enforcement had revealed Tuesday.

Speaking minutes after being released from jail, Golsby said: ‘We had been up all night drinking alcohol having a good time, we talked about women, rock stars and just about life in general.

‘Sometime during the night he said he had to go to court in the morning to take care of some business. He asked me if I wanted to go with him, I told him sure. We were still drunk when we drove down the street to the court house. 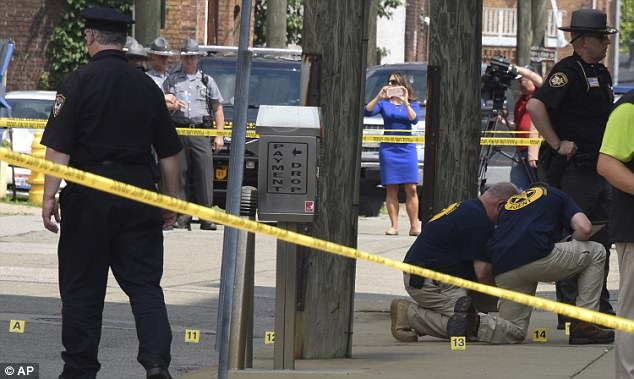 Aftermath: Police arrested Golsby as he sat in the car he and Richmond had arrived in, and undertook a forensic analysis of the area afterwards. 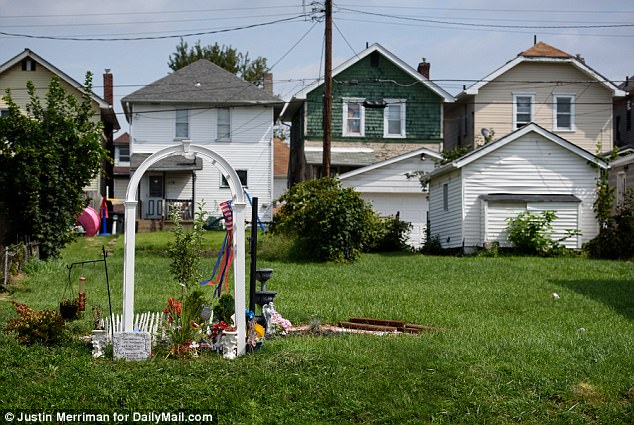 Scene of another tragedy: The housefire which led to the wrongful death suit is marked only by a memorial to the dead, who were Richmond’s 70-year-old mother Mae and her great-grandson, Te’on, two.

‘We arrived about 7:30am. We talked about women and music while waiting for the courthouse to open.

‘We waited in the car for about 30 minutes when Snake said he had to go to court.

‘He exited the car and said “I’ll be right back” and started to walk toward the court house.

‘I stayed in the car and was playing with the radio dials when I heard a few quick gun shots.

‘I thought the bank next door to the courthouse was being robbed. Seconds later Snake opened the door of the car and before he could get back inside he dropped dead on the driver side of the car.

‘I looked down at him and I didn’t see any blood or anything, his eyes were wide opened.

Golsby suffered a nick on his leg, apparently from a ricochet, and was arrested. He was released Tuesday.

‘They told me to get out of car and they threw me to the ground, I had no idea what was going on. I just saw my friend die in front of me,’ he told DailyMail.com.

‘The cops handcuffed me and took me away. I told them I had no idea Snake had a gun on him and was planning on shooting anyone let alone a judge.’

‘Had I knew he was going to do this I would have tried to talk him out of it, going into the courthouse with a gun is suicide.’

Bruzzese, 65, was wounded in the shooting, and his brother Frank told The Intelligencer-Wheeling News Register that he had undergone surgery and was now asking when he could be released from hospital in Pittsburgh, PA, where he was treated.

The case the judge was overseeing had been brought by the dead man against Jefferson Metropolitan Housing Authority (JMHA) after a fire that killed his mother Mae, 70, and his great-nephew Te’on Dillard, two, on April 27, 2015.

The Herald-Star reported that the fire at the home on Wellesley Avenue, Steubenville, claimed the lives of the great-grandmother and the toddler despite police urging her to jump from the porch roof to safety.

Two other children had already jumped and been saved by cops, but Mae Dillard fell into the fire as the roof collapsed.

Richmond and the dead toddler’s father, Tony Dillard – who was Mae Richmond’s grandson – were suing JMHA, claiming the authority and and its employees knew from inspections of the house that it had several defects, including exposed electrical wires and inoperable smoke detectors. 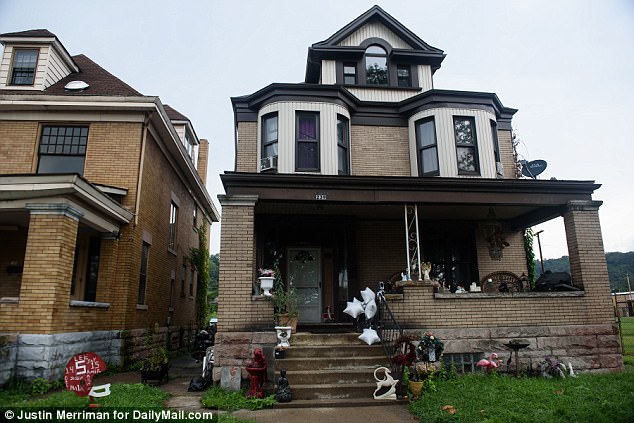 Last home: Richmond had been living at this Steubenville property before his death 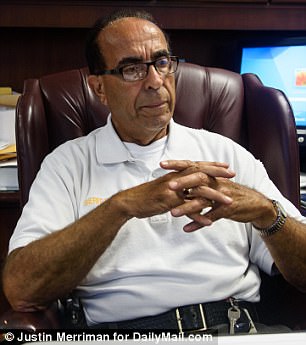 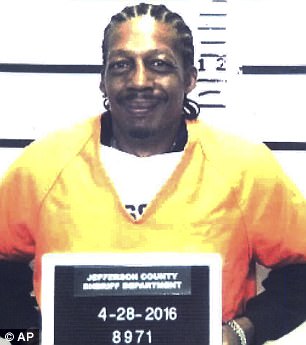 Mix-up: Sheriff Fred Abdalla told DailyMail.com that Richmond, who had a series of previous arrests and convictions, had misunderstood the judge’s handling of the case 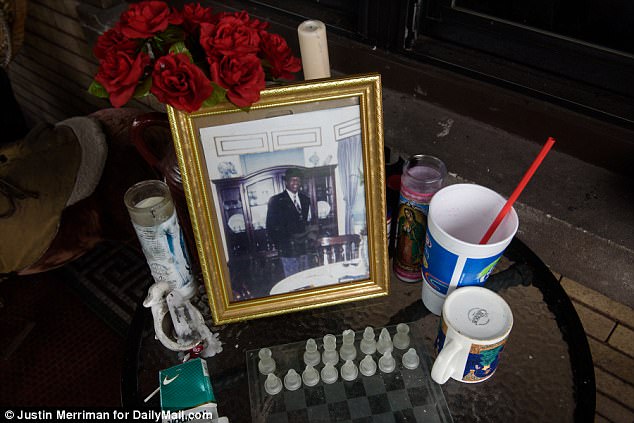 Tribute: A shrine was placed on the porch of Richmond’s last home in Steubenville, OH

It claimed there were more than 100 ‘life-threatening’ conditions in the unit.

But last Friday, the JMHA’s lawyers had applied to the judge to dismiss the case.

Richmond had a series of previous arrests and convictions.

Court records show Richmond was arrested in April 2016 on charges of driving-under-the-influence and driving with expired plates, with the DUI charge ultimately downgraded to reckless operation.

Several years ago he was arrested on various domestic violence and assault charges, court records show.

‘Richmond also served time in prison in the Chicago area about 10 years ago for crime committed with a weapon, ‘said Sheriff Abdalla.

But it was his then teenage son’s rape conviction which appeared to have obsessed Richmond.

Ma’lik Richmond served about 10 months in a juvenile lockup after being convicted with another Steubenville High School football player of raping a 16-year-old girl during an alcohol-fueled party in 2012.

The girl from nearby West Virginia went to a party in Steubenville with some football players from Steubenville High School.

Several boys who had been at the party made statements on social media that led her family to believe she had been raped. 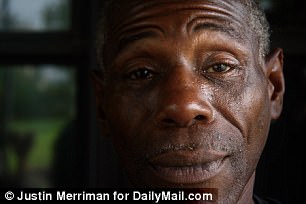 Broken: Friend William ‘Thuggy’ Robinson told DailyMail.com, ‘Snake was under a lot of pressure and I guess he just snapped,

One boy tweeted, ‘If they’re getting ‘raped’ and don’t resist then to me it’s not rape. I feel bad for her but still.’

Another recorded a video in which he laughed and joked about the rape with other kids. A third posted an Instagram photograph of the girl, apparently passed out, being carried by Ma’lik Richmond and another football player, Trent Mays.

Disturbed by the posts, the girl’s family contacted police. In 2013, Richmond and Mays were both convicted of rape in juvenile court; Mays was also convicted of possession of a nude photo of a minor.

He had enrolled last year at Youngstown State University and was a walk-on for the team in January.

The defensive tackle had been due to make his Division 1 college football debut this month, until another YSU student asked for him to be removed from the team.

Youngstown State announced on August 10 that Ma’Lik would not be playing football this season but would remain part of the football program and participate in practice.

Another friend, William ‘Thuggy’ Robinson told DailyMail.com, ‘Snake was under a lot of pressure and I guess he just snapped, his son, Ma’ lik got the news he couldn’t play college football this season.

‘He was involved in another custody battle and now his battle with the housing authority over his mother’s death.

‘The only thing he ever said about Judge Bruzzese was that he was tough and he had to be ready for him in court.’

‘I don’t know what happened to him. I wish I would have known what he was going to do, I would have stopped him.’

Sheriff  Abdalla told Dailymail.com: ‘Richmond doesn’t realize what he possibly did to his son, Ma’lik.

‘It now brings international attention back on his son and what he did several years ago.

‘Ma’lik committed the crime, served his time and now deserves to play football. But now what Richmond did brings the attention back onto Ma’lik.’