Steve Cooper is reportedly stepping down from his position as Swansea manager just over two weeks before the new Championship season is due to start.

The 41-year-old and the club came to a mutual agreement to part ways and an official announcement is expected to be made within the next 24 hours.

The Telegraph claim Cooper, who guided Swansea to successive play-offs in his two seasons in charge, has decided to quit amid concerns over the future direction of the club.

Cooper is said to have wanted more transfer funds in order to bolster his squad this summer, but with his budget expected to be minimal once again and the potential sale of some first-team players, has decided the time is right to walk away and pursue a new challenge.

He managed to keep Swansea in the promotion mix in each of his seasons despite losing a number of key players, including Joe Rodon, Oliver McBurnie and Dan James.

The Athletic report Cooper’s relationship with a number of key figures at the club had been strained for some time and that there was a sense he would be keen to take up a new position elsewhere amid significant interest from other clubs in the summer.

Cooper had been on the shortlist for the Crystal Palace and Fulham vacancies, but didn’t end up fielding offers from either side. 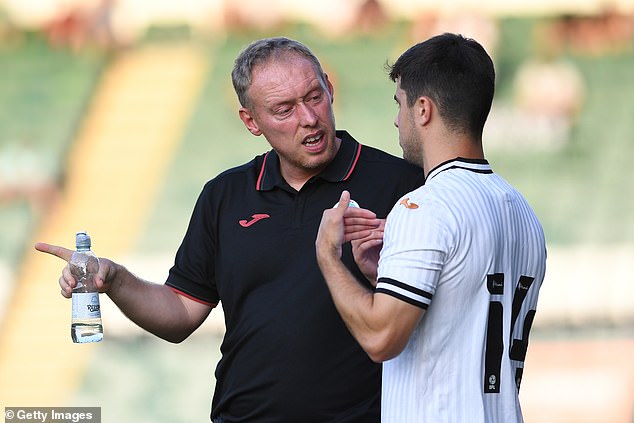 The former England Under-17s manager was in charge for Swansea’s pre-season friendly win over Plymouth on Tuesday night and refused to be drawn on talk of his future afterwards.

‘I think if there is any real news that’s when we would speak,’ he told BBC Sport Wales.

‘There’s no official updates on anything. You know I don’t like talking about myself so let’s focus on the boys.

‘I am here, I am working hard. Day by day, that’s how it is. I have always been that way. I have not paid attention to anything else.

‘If there’s anything really official to talk about me, we’ll talk about it then but there’s not so we’ll leave it at that.’

Swansea will now begin their search for a new manager and plan to make a swift appointment ahead of their season opener against Blackburn Rovers on August 7. 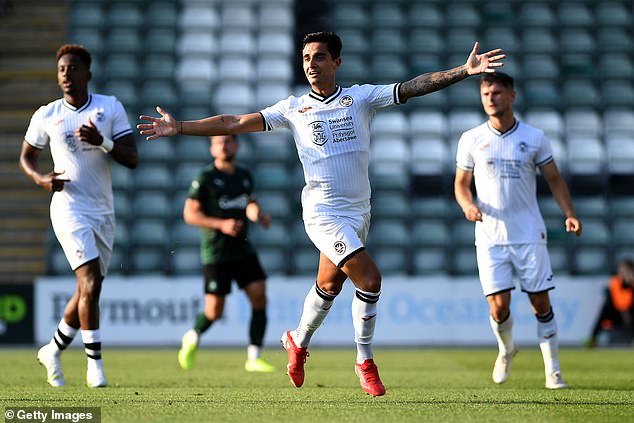