STEVE HEAPY: We invented Spitfires and package holidays.. Now Britain must be a travel pioneer again

As the height of summer approaches, this is a make-or-break moment for the British travel industry. It is a time for dynamism, not delays, for optimistic courage rather than over-caution.

The decisions made now by ministers will have a crucial impact on the future of the sector, which badly needs a shot in the arm after the miserable long months of Covid paralysis.

The industry was one of the first to feel the impact of the pandemic, as travel restrictions were imposed in early 2020. Today, with controls still in place, it will be one of the last to feel the effects of recovery.

Without an energetic spirit to open up Britain again to the world, further businesses will fail and jobs will be lost.

The decisions made now by ministers will have a crucial impact on the future of the sector, writes Steve Heapy (pictured: travellers at London’s Heathrow Airport on June 8)

Contrary to the misguided, outdated notion in some quarters that travel abroad by Britons somehow drains money out of the country that would be better spent here, this industry actually contributes enormously to the British economy, both in terms of GDP and employment.

Airlines, transport hubs, and holiday firms all create wealth for Britain. By supporting the revitalisation of this sector by eliminating barriers and encouraging travel once more, the Government will give us all an economic boost.

As ministers prepare to make their announcement on the overhaul of restrictions, they claim they will be guided by the data. Well, that has not always been the case.

All too often in recent months, there seems to have been a gap between hard scientific evidence and ministerial policy, resulting in inconsistencies such as travel restrictions to places that have lower rates of coronavirus than Britain.

But if the data is truly to be the guide, then one of the Government’s first steps should be to add a number of new countries and islands to the green list, thereby allowing travel without quarantine.

These should include Malta, Madeira, the Balearics, the Canaries, the Greek islands and Cyprus. All these destinations have lower infection rates than the United Kingdom and the rates of vaccination are rapidly catching up with our own.

Given the scale of Covid’s retreat, I see no reason why such destinations should not now be fully opened up to travel from Britain.

That would be good for them and for the British public, many of whom have not had a proper holiday in the sunshine for more than a year or have been unable to see relatives or friends who live overseas. 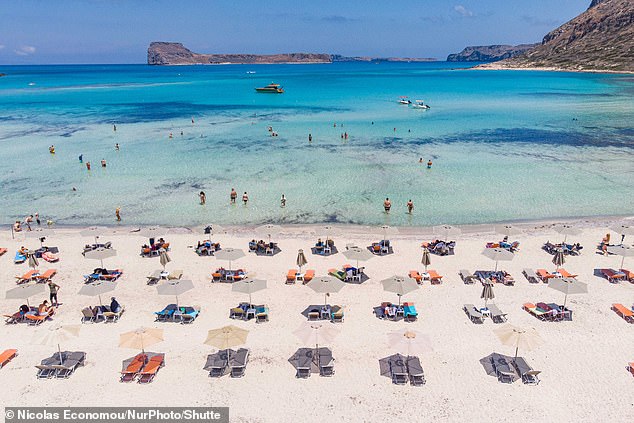 New countries and islands added to the green list should include Malta, Madeira, the Balearics, the Canaries, the Greek islands and Cyprus (pictured: Balos Beach on the island of Crete) 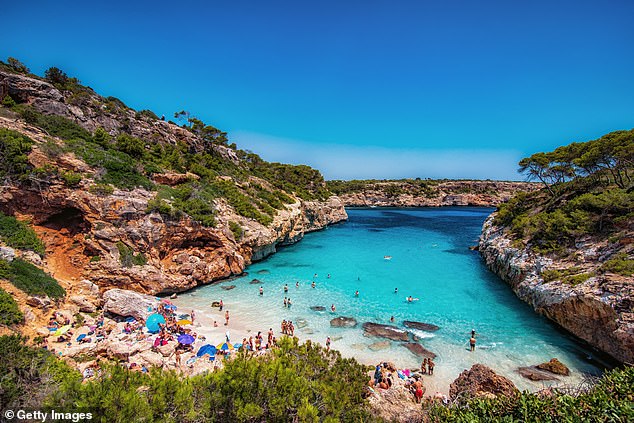 I gather that the Government is urgently considering whether quarantine should end for holidaymakers who have been given two doses, writes Steve Heapy (pictured: Calo des Moro in Mallorca, Spain) 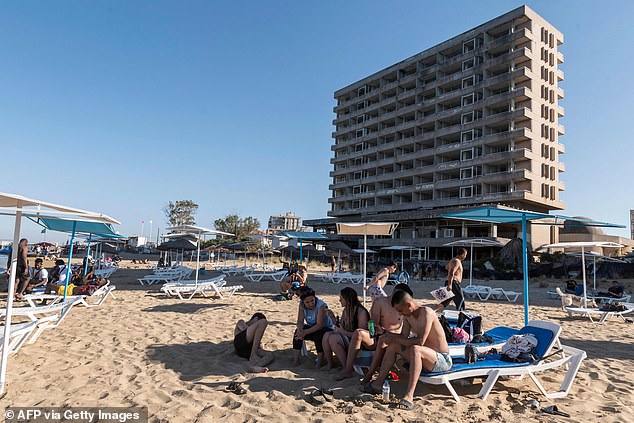 Given the scale of Covid’s retreat, I see no reason why such destinations should not now be fully opened up to travel from Britain, writes Steve Heapy (pictured: Cyprus)

It is a crackdown that, however necessary during the peak of the first two Covid waves, has had a detrimental effect on mental health, family ties and social relationships, as well as on my own industry and the economy.

Nor is there any justification for its continuation, particularly since the vaccine programme has proved such a success.

All the evidence, including the latest report from Public Health England, indicates that two jabs are over 90 per cent effective in preventing hospitalisation from the virus.

Against that backdrop, it is illogical that passengers who have been double vaccinated do not enjoy more freedom.

I gather that the Government is urgently considering whether quarantine should end for holidaymakers who have been given two doses.

In the light of the vaccine triumph that they rightly proclaim, I would urge ministers to take exactly this step. The rest of Europe is breaking free of lockdown, and their reviving economies are starting to show the benefits of renewed international travel. 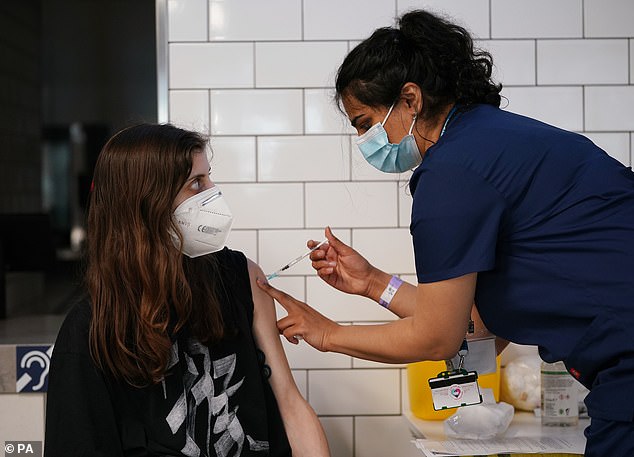 All the evidence, including the latest report from Public Health England, indicates that two jabs are over 90 per cent effective in preventing hospitalisation from the virus (pictured: Celia Martin, 29, receives a Pfizer vaccine in north London)

Britain should not be trailing behind their lead, but should be advancing boldly forward.

Our nation, after all, has a rich heritage in travel and aviation. Our greatness was built on exploration.

Equally important is the fact that Britain invented the package holiday.

We should be a pioneer again today. Any delay in opening up travel will be a massive act of self-harm that will be disastrous for our competitiveness and public morale.

The Government often asserts that, post-Brexit, Britain should take its place on the global stage.

Here is a golden opportunity to translate those words into action. I urge the Prime Minister and his Cabinet tomorrow to be daring, not dilatory.