It’s war! Steve Jacobs and Matthew ‘Matty J’ Johnson ‘set to battle it out for a permanent hosting gig on Studio 10’ after they both stepped in to help out after Covid hit the show’s hosts

They may be two of the friendliest stars in showbiz.

According to Woman’s Day, the pair are set to battle it out for a permanent hosting gig on Studio 10, after both men stepped in to help out earlier this month when the morning show was hit with Covid. 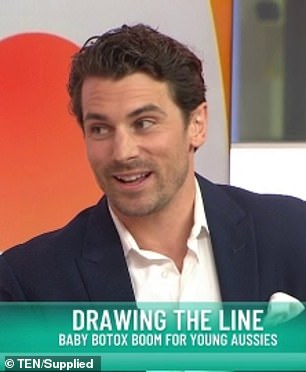 It’s war! Steve Jacobs (left) and Matty J (right) ‘set to battle it out for a permanent hosting gig on Studio 10’ after they both stepped in to help after Covid hit the show’s hosts

The magazine claims producers are keen to sign one of the two men on after they had their ‘trial run’.

The report also alleges that Jacobs has ‘an advantage’ because he is close with Studio 10 star Sarah Harris.

The news comes after the show was thrown into chaos at the start of the year when co-host Tristan MacManus tested positive for Covid-19. 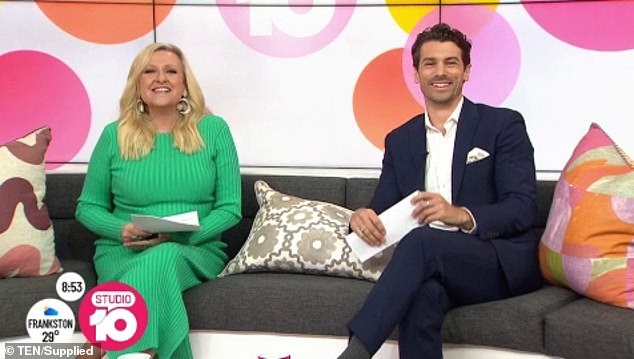 It wasn’t long before fellow presenter Harris was forced to isolate at her Sydney home as a precaution.

In an unexpected move, the pair were replaced by Bachelor star Matty J, who only recently recovered from Covid himself, and reporter Lachlan Kennedy.

Reality TV veteran Matty joked about his temporary gig on Instagram, captioning a photo of himself in the studio: ‘You know the entertainment industry has been hit hard with Covid when you’re the only person available to host @studio10au!’

Meanwhile, Steve returned to TV to fill-in as the official weather presenter for the morning show. 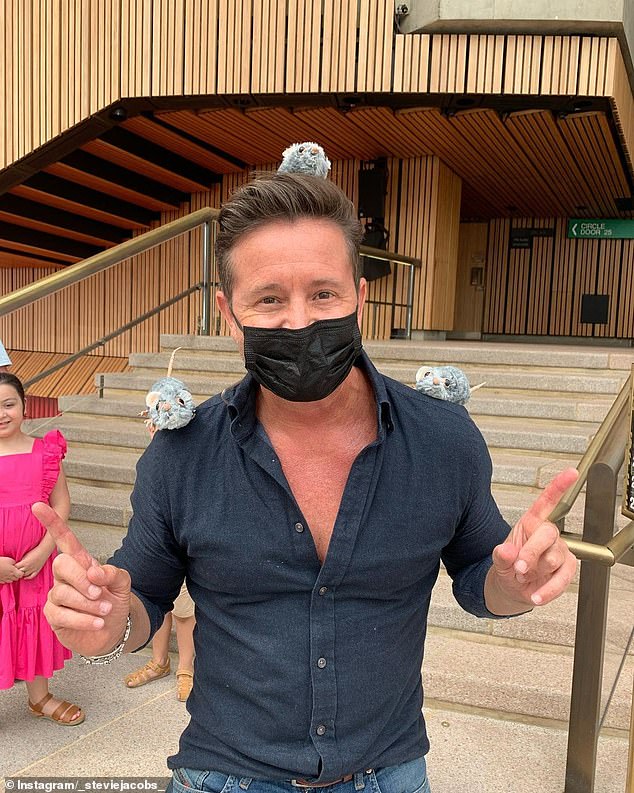 Back on TV: Meanwhile, Steve returned to TV to fill-in as the official weather presenter for the morning show

He stepped in for roving reporter Daniel Doody, who stayed at the desk after a Covid close contact alert forced staff to be reorganised at the network’s Pyrmont studio.

The 54-year-old did a live cross to the hosts Sarah and MacManus from the Sydney Opera House.

He received an enthusiastic welcome on the show as Sarah called him a ‘massive deal’ and an ‘old friend.’

‘You always get more extra than what you bargained for on Ten,’ he quipped.

Sarah then asked, ‘are we paying you today?’ to which the TV presenter joked: ‘This is a freebie, no-one gets paid on your show I hear.’ 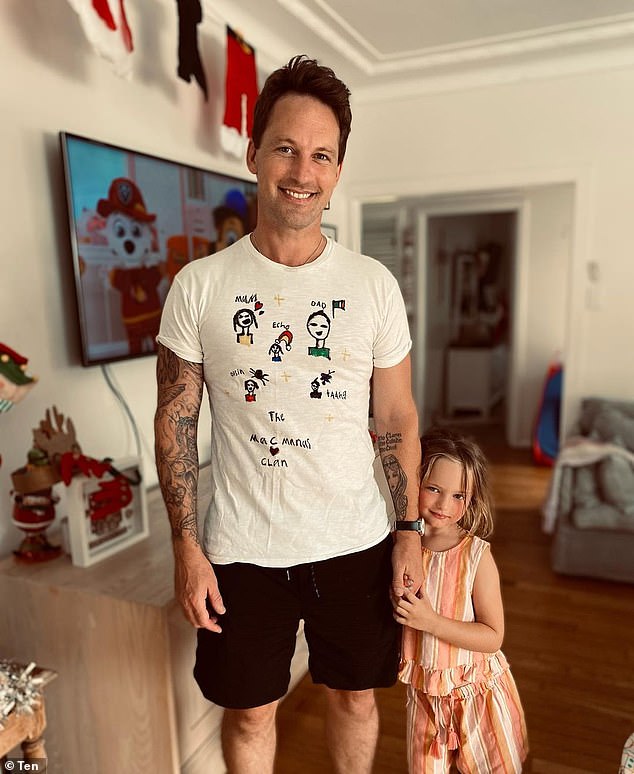 Oh no! At the start of this month, Tristan MacManus tested positive for Covid-19

He comically continued: ‘It has taken me 40 years to get on to Channel 10 your show and they’ve asked me to cover my face, I’m not sure if whether that’s because of Covid or because Sarah requested it.’

Steve also shared a photo of himself on Instagram with prop mice on his shoulders after speaking to the kid’s puppet theatre at the Opera House.

Steve is best known for having previously been the weather presenter for Channel Nine’s Today show before parting ways with the network in 2019. 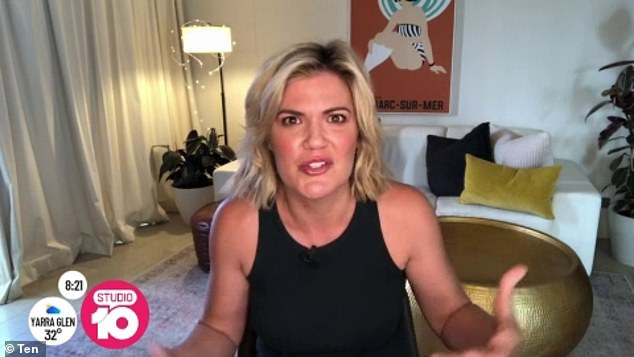 Isolating: It wasn’t long before fellow presenter Harris was forced to isolate at her Sydney home as a precaution