A Republican congressman who attacked one of the Parkland shooting survivors online over her Cuban heritage has said his meme against Emma Gonzalez was justified because she is promoting communism.

González, 18, took to the stage at Saturday’s March for Our Lives, wearing a Cuban flag badge, to mark the death of her 17 classmates and teachers who were gunned down in the fatal shooting in February.

Gonzalez’s six-and-a-half minute speech brought the crowd to tears as she thanked the people who came out to call for gun control.

But Iowa Rep. Steve King’s campaign chose to mock the teenager over her Cuban heritage. 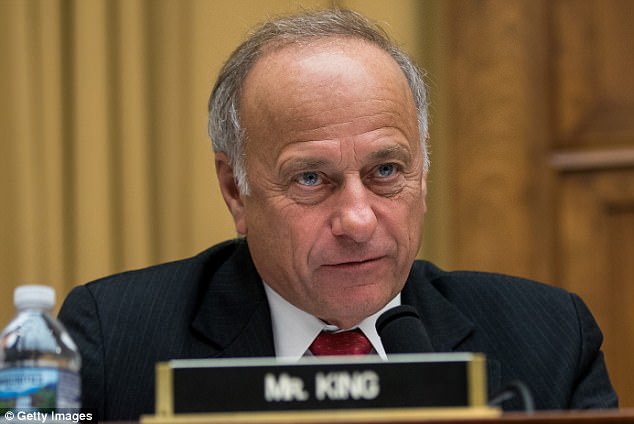 Rep. Steve King’s (pictured) campaign chose to mock the teenager, who was wearing a Cuban flag, over her Cuban heritage

‘This is how you look when you claim Cuban heritage yet don’t speak Spanish and ignore the fact that your ancestors fled the island when the dictatorship turned Cuba into a prison camp, after removing all weapons from its citizens; hence their right to self defense,’ the campaign wrote in a post, over a photo of the teen.

The post sparked fury on social media where people hit out at the campaign for bullying the teen.

But a spokesperson for King defended the meme.

‘The meme in question merely points out the irony of someone pushing gun control while wearing the flag of a country that was oppressed by a communist, anti-gun regime,’ King’s representative told the New York Daily News.

Gonzalez’s schoolmate, David Hogg, who has also taken a leadership role in the anti-gun protests that erupted after the massacre, blasted King on Twitter and came to the defense of his fellow student.

Gonzalez’s schoolmate, David Hogg, who has also taken a leadership role in the anti-gun protests that erupted after the massacre, blasted King on Twitter and came to the defense of his fellow student

Hogg then called on Marco Rubio, the senator from his home state of Florida who like Gonzalez is also of Cuban descent, to challenge King

Hogg responded: ‘Maybe because so many of us are gunned down before we even become 21’

‘She’s a beautiful woman of Cuban descent and we love her,’ Hogg tweeted.

‘You would too if you ever got the chance to meet her. We need to love each other as Americans regardless [sic] of our descent, ethnicity or race.’

Hogg then called on Marco Rubio, the senator from his home state of Florida who like Gonzalez is also of Cuban descent, to challenge King.

‘Hey @marcorubio, @Emma4change’s family fled Cuba to escape totalitarianism and live in freedom just like your family could you please respond to @SteveKingIA?’

‘If you are a teenager & believe you won’t be responsible enough to own a gun until 21, why should you vote before 21?’ King tweeted.

Hogg responded: ‘Maybe because so many of us are gunned down before we even become 21.

‘You prove exactly why so many American’s are done with politicians like you who only have the goal of dividing America to make us weaker.’

‘Are you SERIOUSLY mocking a school shooting survivor for her ethnic identity?!’ wrote Brandon Wolf, a survivor of the Pulse nightclub shooting in Orlando. 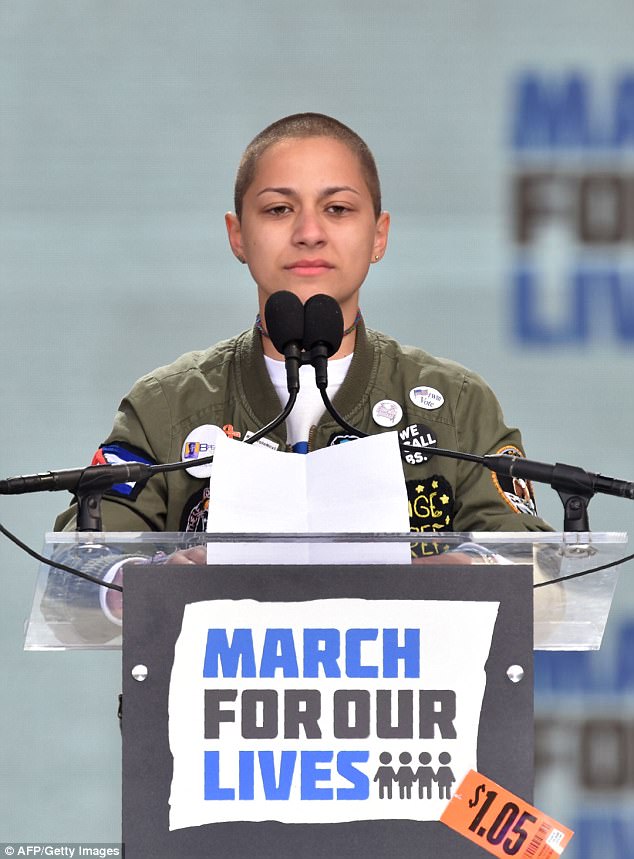 Emma González, 18, took to the stage at Saturday’s March for Our Lives to mark the death of her 17 classmates and teachers who were gunned down in the fatal shooting in February 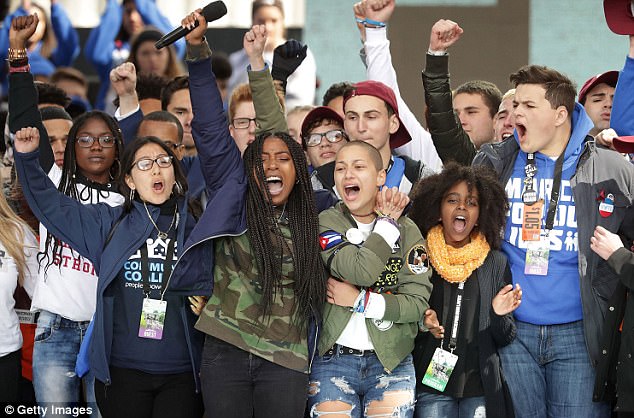 ‘Emma stood for 6 mins and 20 seconds to honor the lives of 17 gone too soon,’ Wolf added.

‘The least you could do is shut your privileged, ineffective trap for 6 seconds to hear someone else’s perspective.’

King’s campaign hit back, claiming they weren’t picking on the teen, but were ‘calling attention to the truth’.

‘Pointing out the irony of someone wearing the flag of a communist country while simultaneously calling for gun control isn’t ‘picking’ on anyone. 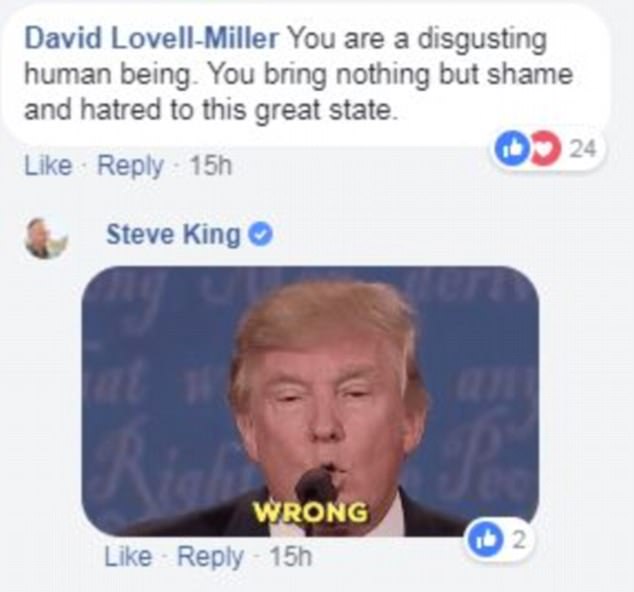 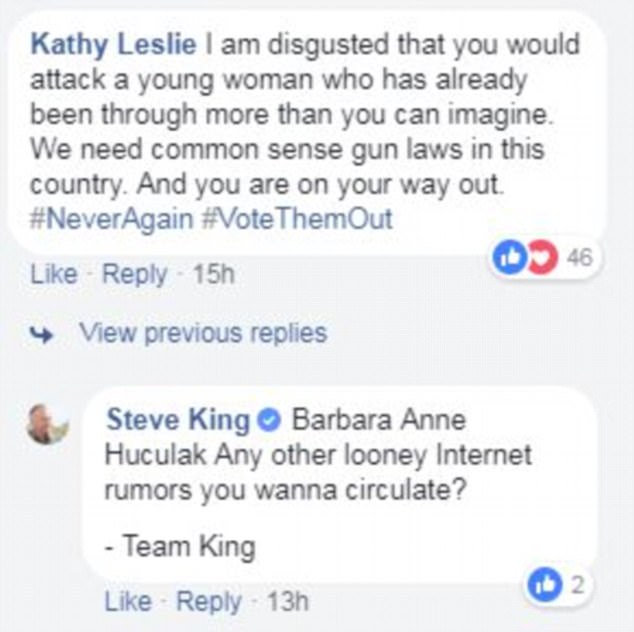 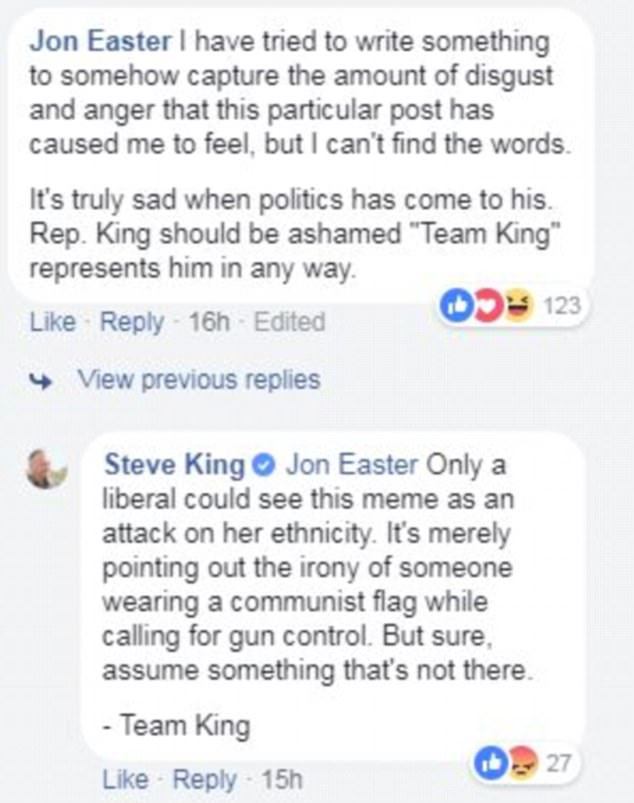 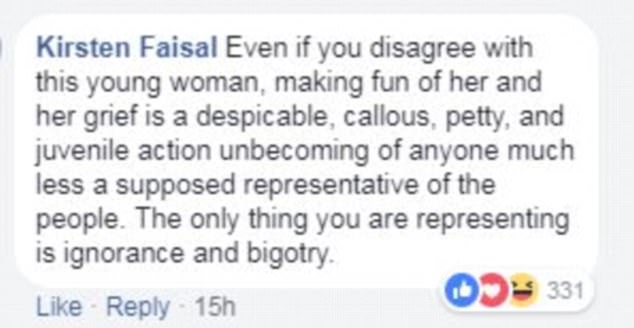 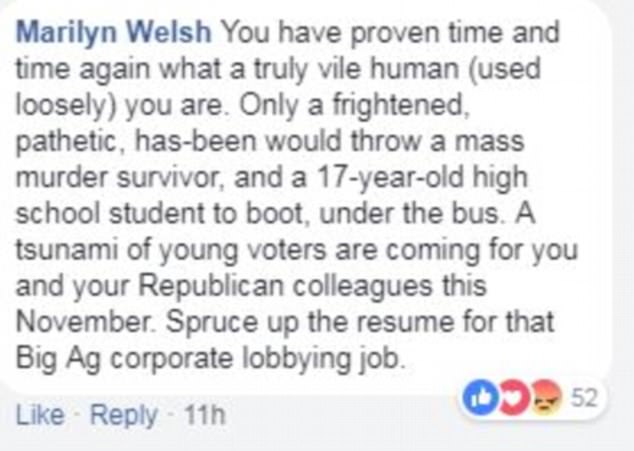 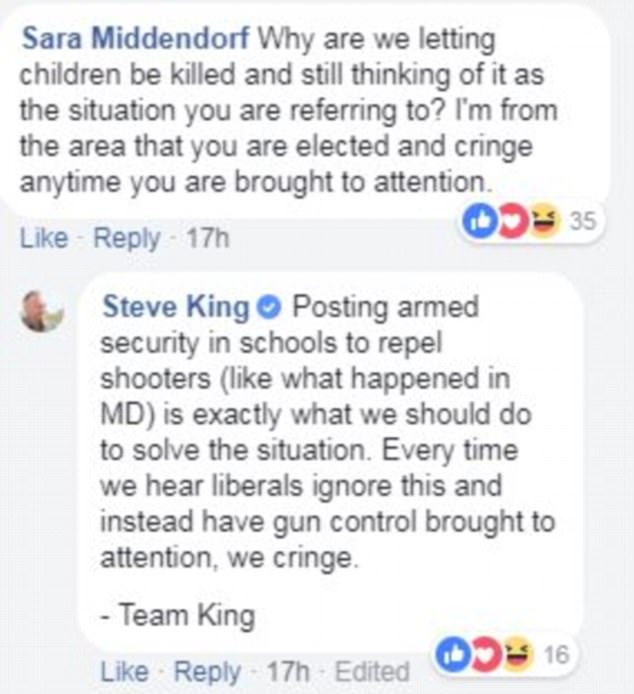 ‘It’s calling attention to the truth, but we understand that lefties find that offensive,’ they wrote.

González, whose father migrated to New York from Cuba in 1968, has become one of the most recognizable faces of the Majory Stoneman Douglas High School survivors.

But the teen has become a target for the right as she calls for gun control in the wake of the tragedy.

Recently, NRA enthusiasts have been accused of photoshopping the Teen Vogue cover that features Gonzalez to show her tearing up a copy of the Constitution.

She is actually tearing up a paper target on the cover of the magazine, while her fellow classmates stand in solidarity behind her. 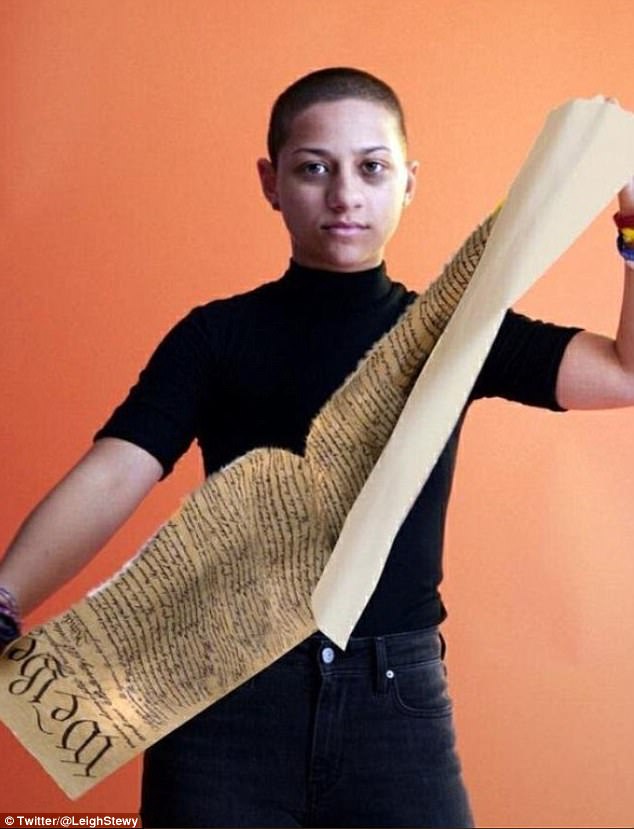 A fake image of Gonzalez ripping up the Constitution circulated on social media. The real video shows her tearing up target paper Many were quick to condemn and attack the high school students on Twitter with one person writing: ‘Look at these little oppressors. I hope my daughter never lives in the world they imagine.’

However there were some people in support of the children. ‘I’m glad for the first time in human history people are against murder,’ the Twitter user said. 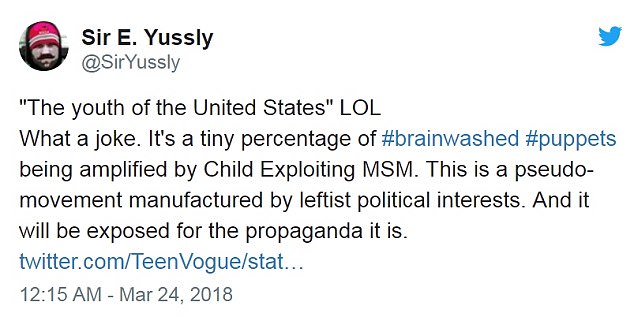 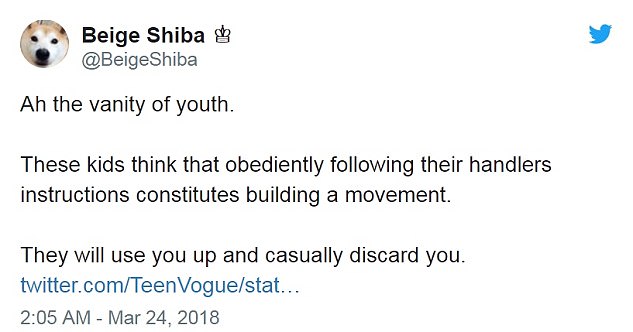 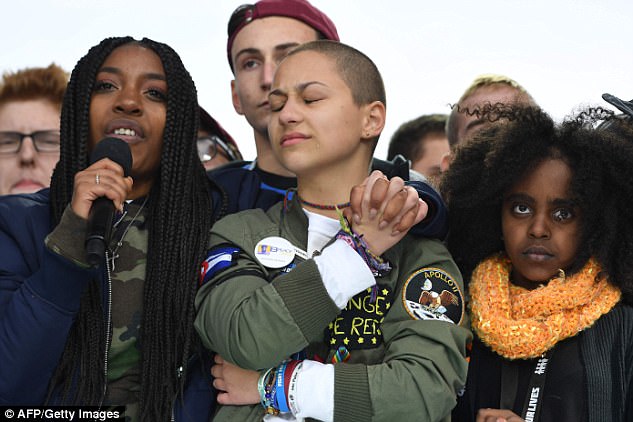