The Project’s Steve Price said on Monday that he owns a piece of Uluru, the sandstone rock formation in central Australia that is sacred to Indigenous peoples.

While discussing ancient artefacts, the 65-year-old radio host also claimed to have pieces from the Colosseum in Italy and Germany’s Berlin Wall.

‘I got a bit of the Berlin Wall but I think it might just be a rock because I didn’t go over there with a hammer and chisel and knock it out. I pinched it off the wall,’ he said.

An appropriate souvenir? The Project’s Steve Price said on Monday that he owns a piece of Uluru, the sandstone rock formation in central Australia that is sacred to Indigenous peoples

‘[I’ve also got] a bit of Uluru and a bit of the Colosseum,’ Steven continued.

‘What do you mean a little piece of Uluru?’ his co-host Peter Helliar asked in disbelief, to which Steve replied: ‘Well, it’s just a rock!’

A stunned Carrie Bickmore added: ‘No, you haven’t. You are just saying that to make people very annoyed at you.’ 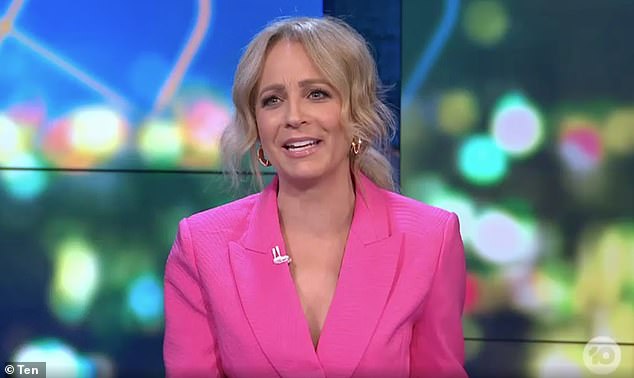 Shocked: While discussing ancient artefacts, Steve claimed to have a rock from Uluru, as well as pieces from the Colosseum and the Berlin Wall. When he argued that Uluru was ‘just a rock’, Carrie Bickmore (pictured) said: ‘You are just saying that to make people very annoyed at you’ 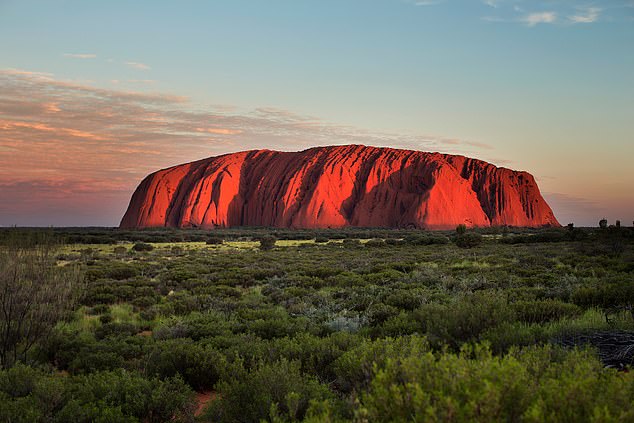 Spectacular: Uluru, also known as Ayers Rock, is a sandstone monolith 450km from Alice Springs, in the Northern Territory. The Uluṟu-Kata Tjuṯa National Park is a World Heritage Site

The panel was discussing if it was fair that Victorians could be fined $5,000 for having more than five people gather for a barbecue.

Steve asked the panellists whether they would dob in their neighbours to police if they saw them breaching COVID-19 restrictions, and Peter said he would. 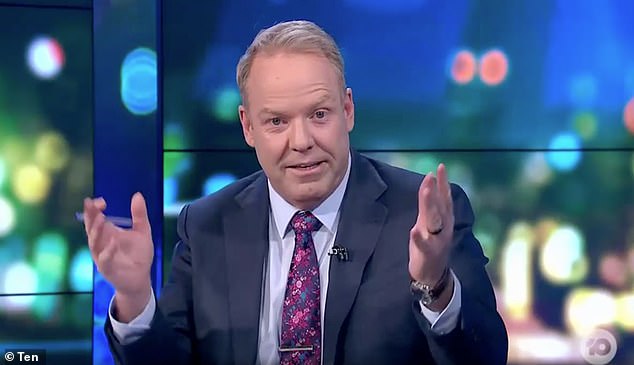 ‘I wouldn’t think twice about it,’ he said.

The pair then argued about the subject while co-hosts Carrie and Waleed Aly tried to lighten the conversation. 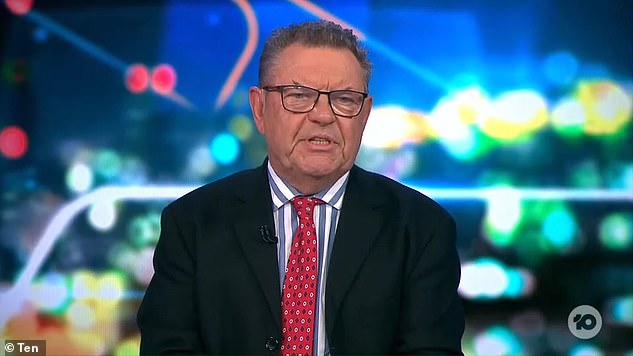 ‘I wouldn’t think twice about it’: Steve labelled Peter ‘un-Australian’ when the comedian said he would dob in his neighbours to police if he saw them breaching coronavirus restrictions