He’s the captain of the Australian national cricket team.

But on Monday, Steve Smith swapped the cricket pitch for the tennis court by attending the Australian Open with his glamorous fiancée Dani Willis.

The 28-year-old sportsman and his fiancée watched the men’s singles fourth round match between South Korea’s Hyeon Chung and Serbia’s Novak Djokovic.

Transfixed: Steve Smith swapped the cricket pitch for the tennis court by attending the Australian Open with his glamorous fiancee Dani Willis

He appeared to be enjoying the match, but still found time to chat to Dani.

As they waited for the game to begin, Dani whipped out her iPhone to film some footage for her Instagram page.

Dani, 26, accepted Steve’s marriage proposal in June while on a short visit to New York between the Aussie cricket captain’s busy match schedules. 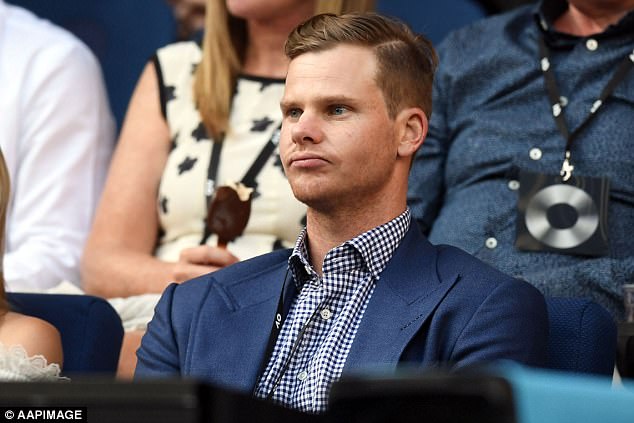 Big deal: The 28-year-old Steve is the captain of the Australian national cricket team 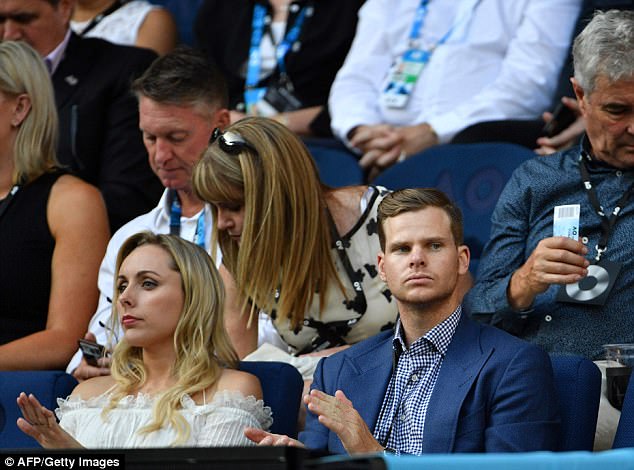 Bravo! Steve and Dani clapped up a storm as they watched the game unfold

But while the pair’s life may seem glamorous, Dani revealed to the Daily Telegraph in December that there’s a lot of work that goes into being the ‘perfect WAG.’

Since the couple got engaged, Dani graduated from a commerce-law degree and landed a spot at a Sydney firm all while accompanying Smith on a number of local and international tours, including last year’s Ashes campaign.

Though social and outgoing, the bubbly blonde has been able to cater to the cricketer’s almost robotic routine. 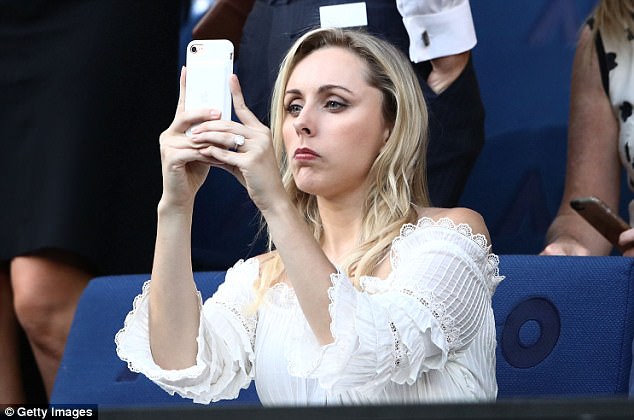 Doin’ it for the gram! The blonde beauty filmed the arena for her popular Instagram page 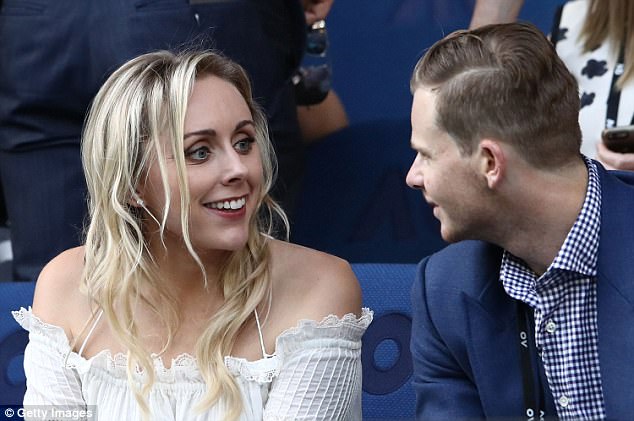 The look of love: Despite the action in front of them, Steve and Dani struggled to take their eyes off of each other

Dani said while on a recent trip to Dubai, the pair stayed in the same hotel room for almost a month.

And honestly, of those 22 nights we ate room service for dinner for 20,’ she said.

‘But that’s Steve, you know. He likes to bunker down.’ 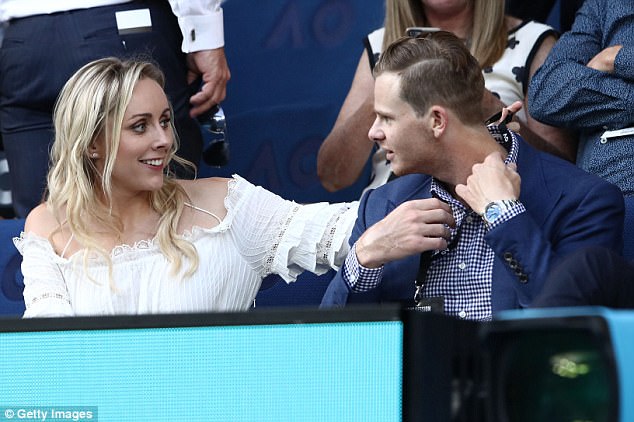 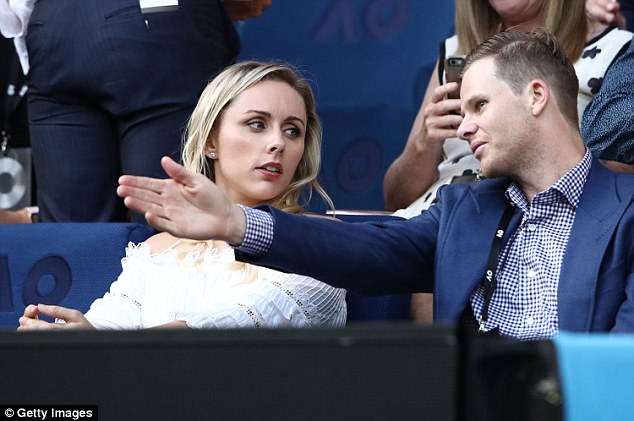 Wedding: The blonde beauty accepted Steve’s marriage proposal in June while on a short visit to New York between the Aussie cricket captain’s busy match schedules