Nickelodeon has become the latest victim of Sandpapergate after the youth network nominated Steve Smith for its ‘Ultimate Icon’ award just days before he was caught cheating.

Unsurprisingly the network chose to not award the embattled skipper with the prestigious award instead being handed to Thor star Chris Hemsworth.

The former Home And Away star took to his Instagram to share a video message to his legions of followers, thanking them for the award and allowing him to live his dream as an actor 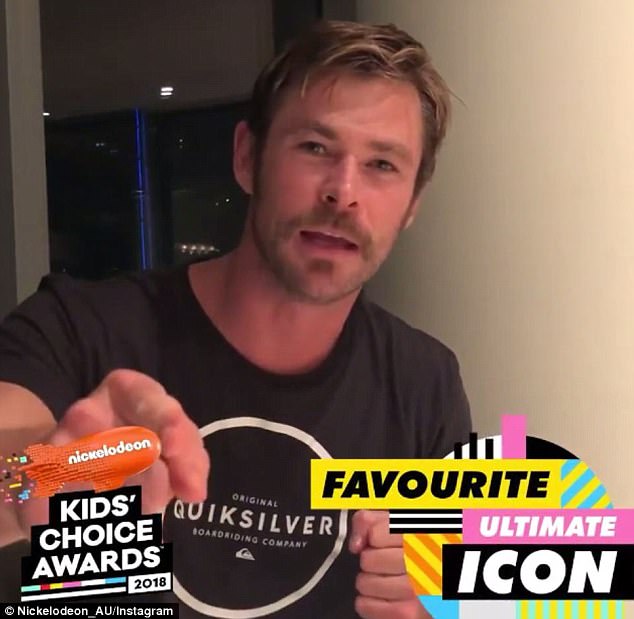 Thankful: Smith lost out on the title to former Home and Away actor Chris Hemsworth

Up against New Zealand’s songstress Lorde and esteemed film director Taikia Waititi, Smith was one of four popular figures up for the title.

The axe was is now hanging over the head of Australian coach Darren Lehmann and skipper Steve Smith Tuesday with cricket chiefs holding crisis talks in South Africa to deal with an escalating cheating scandal.

Cricket Australia (CA) boss James Sutherland, under mounting pressure to come down hard on what Australian media has dubbed a ‘rotten’ team culture, was due in Johannesburg Tuesday where he will meet up with the body’s head of integrity, Iain Roy. 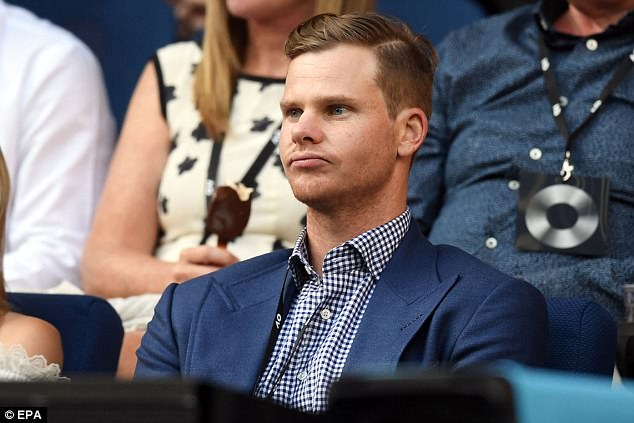 They are expected to update a shocked Australian public on Wednesday morning, with reports saying they could throw the book at Smith and his vice-captain David Warner by banning both for 12 months and sending them home in disgrace.

Smith has already been suspended for one Test and docked his entire match fee by the International Cricket Council for his role in a plot that saw teammate Cameron Bancroft tamper with the ball during the third Test against South Africa on Saturday.

It means he will miss the fourth and final Test in Johannesburg starting Friday.

Lehmann has remained silent since the furore, but Britain’s Daily Telegraph said he had decided to quit, effective immediately, meaning he too will play no part in the Test. 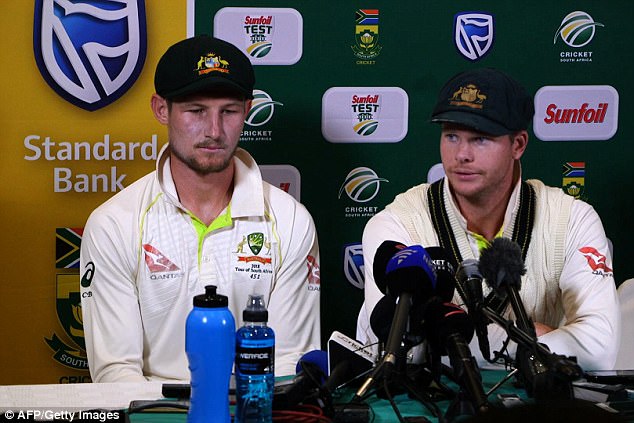 Lehmann took over the coaching reins in 2013 when predecessor Mickey Arthur was sacked, with Justin Langer considered a frontrunner as his replacement although Ricky Ponting will also be in the mix.

‘We are aiming to be in a position to fully update the Australian public on the investigation and outcomes on Wednesday morning,’ Sutherland said in an email to cricket fans.

‘We understand the strong interest everyone has in this situation and we are following due process to properly address all of the relevant issues involved.’