Australian captain Steve Smith says there are no excuses after a disastrous 20-run defeat to minnows Bangladesh in a gripping first Test in Dhaka.

Set an imposing 265 to win, the visitors collapsed to be bowled out for 244 shortly after lunch on Wednesday’s fourth day, with man-of-the-match Shakib Al Hasan claiming 5-85 to finish with 10 wickets overall.

It is Bangladesh’s first Test victory over Australia. A similar triumph in next week’s second and final Test in Chittagong would result in Australia tumbling to No.6 in the world rankings.

David Warner’s aggressive century had given Australia hope of achieving their second-highest fourth-innings chase in Asia.

But the visitors lost five wickets in the final hour before lunch and were unable to hold on in the following session despite a valiant unbeaten 33 from tailender Pat Cummins.

The match unravelled for Australia during a disastrous first innings in which they fell to 4-33 on the way to 217, with Warner, Steve Smith and Usman Khawaja all dismissed cheaply.

Australian skipper Smith said there was no excuse for his side failing to adjust to the conditions after making great strides earlier this year during their tour of India. 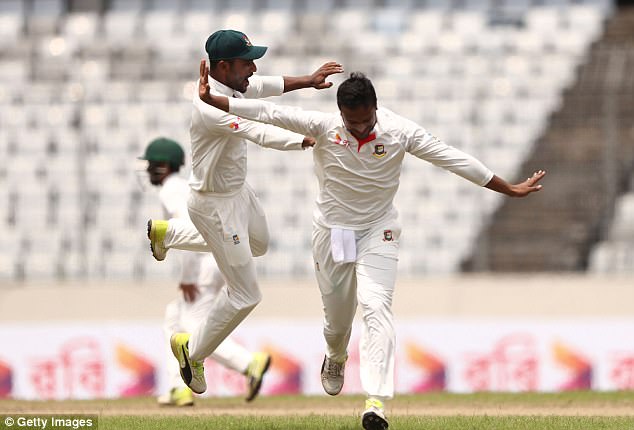 ‘I think we made a few errors, a few guys getting out ways they’ve got out before and not learning from their mistakes, which is really disappointing,’ Smith said.

‘We’re a young team and a team that is hopefully going to continue to improve.’

An embarrassed Australia lost to a side ranked No.9 in the world who had only won nine of 100 Tests. 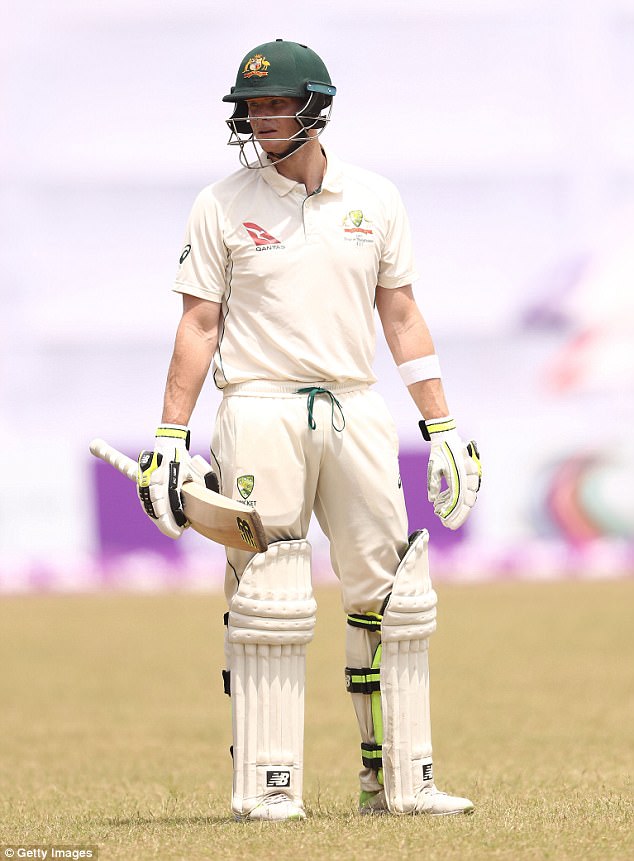 Smith (above) said: ‘I think we made a few errors, a few guys getting out ways they’ve got out before and not learning from their mistakes, which is really disappointing’

The first Test between the two sides in more than a decade had loomed as an opportunity for Australia to overcome their dreadful record on the subcontinent and notch their first series win in Asia since beating Sri Lanka 1-0 in 2011.

But for all their dominance at home, Australia showed they remained a fragile side overseas who could be easily exposed by quality spinners.

Shakib confirmed his status as the world’s No.1-ranked allrounder across all three formats, taking five-wicket hauls in both digs after top-scoring with 84 in the first innings.

Australia had reached a competitive 2-158 on day to be on track for victory before their five-wicket collapse. 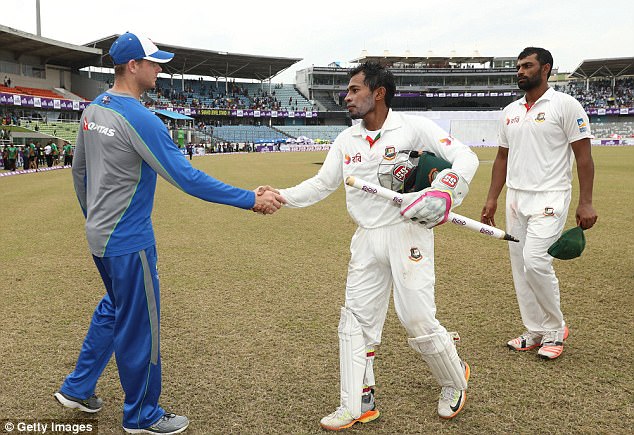 After resuming on 75, Warner raced to triple figures before being trapped lbw by Shakib on 112.

Smith, who survived a tight stumping decision from his first ball on day three and had twice been dropped, finally ran out of lives a short time later, caught behind on 37.

Peter Handscomb (15) and Matthew Wade (four) soon followed, while Glenn Maxwell (14) was bowled by Shakib with the first ball after lunch.

Cummins belted offspinner Mehedi Hasan for two sixes in one over to reduce the deficit but it was all over when Taijul Islam trapped Josh Hazlewood lbw for a duck. 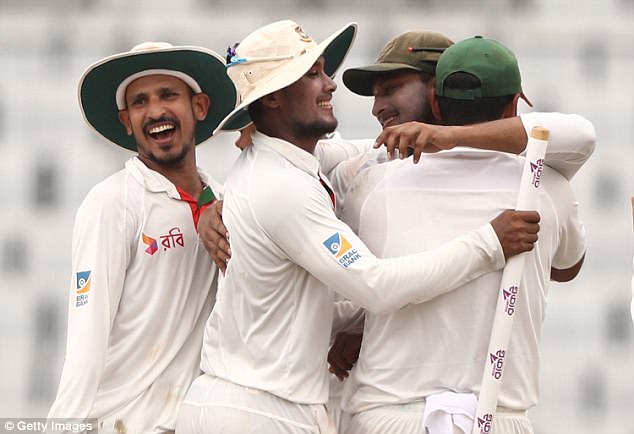