Steve Smith’s father has been filmed packing his son’s Australian team kit into the family garage as the disgraced captain begins his 12-month ban.

The 28-year-old left the country and headed to Dubai after facing a media scrum in Sydney to address the ball tampering scandal that has rocked world cricket.

Steve Smith fronted the awaiting media on his return to Australia on Thursday night in an emotional apology.

‘I’ll do everything I can to make up for my mistake, and the damage it has caused,’ he said.

‘I know I will regret this for the rest of my life, I’m absolutely gutted.’

After the press conference Smith was seen in the business class lounge, having changed into more casual clothes before boarding a flight to the United Arab Emirates. 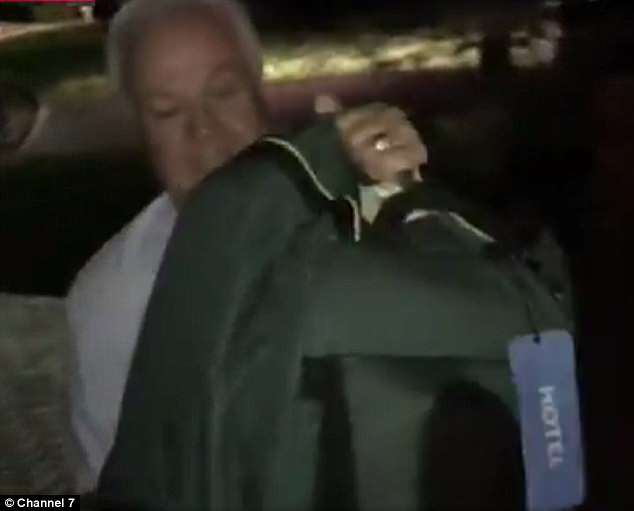 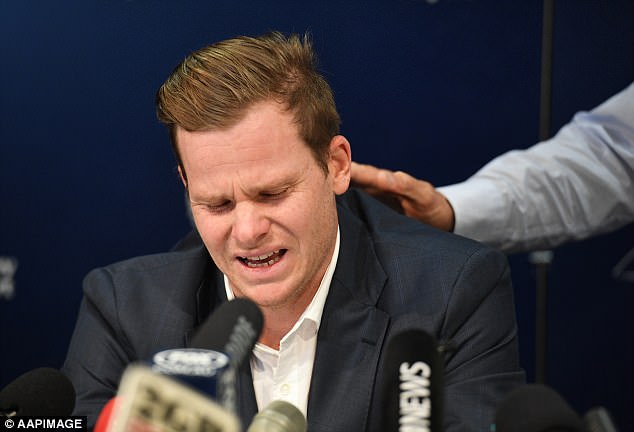 After returning to Australia to address the ball tampering scandal in front of awaiting media Steve Smith flew out to Dubai, his father was at the press conference to support his son

It’s not known how long Smith will be out of the country after he was handed a 12 month ban for the ball tampering incident in South Africa.

Smith is also ineligible to captain Australia for two years.

Smith received an outpouring of sympathy after facing the Australian media, not just from Australians.

Former England captain Michael Vaughan said Smith and Bancroft were not bad guys and had a moment of madness.

‘They deserve a second chance and hopefully get the right support around them now .. Takes a lot guts to do what they did today,’ he said.

As Smith leaves the country David Warner is expected to finally front the media tomorrow, while Smith and Cameron Bancroft already have.

Warner briefly spoke to media when he arrived back in Australia four hours after Smith and said he needed some time to clear his head before addressing the scandal. 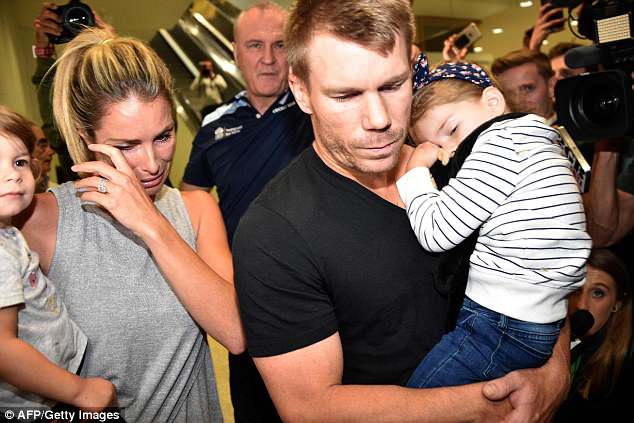 ‘At the moment, my priority is to get these kids in bed and rest up and let my mind be clear so I can think and talk to you in a couple of days,’ he said.

Australian coach Darren Lehmann also fronted media to announce he will be stepping down as national coach after the fourth test in Johannesburg.

‘I just want to let you know that this will be my last Test as head coach with the Australian cricket team as I’m stepping down,’ Lehmann said.

‘After seeing events in the media today with Steve Smith and Cameron Bancroft, the feeling is that Australian cricket needs to move forward and this is the right thing to do.’ 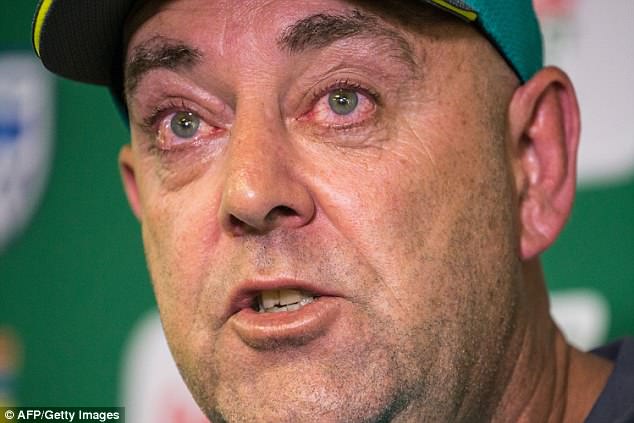 Former Australian opening batsman and cricket great Justin Langer is the favourite to replace Lehmann but nothing has been.

There is also a growing sentiment within the cricketing community that the head coaching job could be split, with separate coaches.

One to coach the test team an done designated for the limited overs 20/20 an done day teams.