Steve Smith’s parents say they have not heard from their embattled son since he was removed as Australia’s cricket captain in the aftermath of the ball tampering scandal.

Speaking from his Sydney home on Monday evening, Smith’s father, Peter, told Daily Mail Australia his son had not called him in the wake of the controversy.

Asked if he had heard from his son or had any words of advice, Mr Smith said: ‘Not really. We can’t comment on it.’

The Australian captain admitted the side’s ‘leadership group’ had discussed a plan to cheat by using a piece of tape with dirt to scuff up the ball at lunch on the third day of the Test match in Cape Town on Saturday. 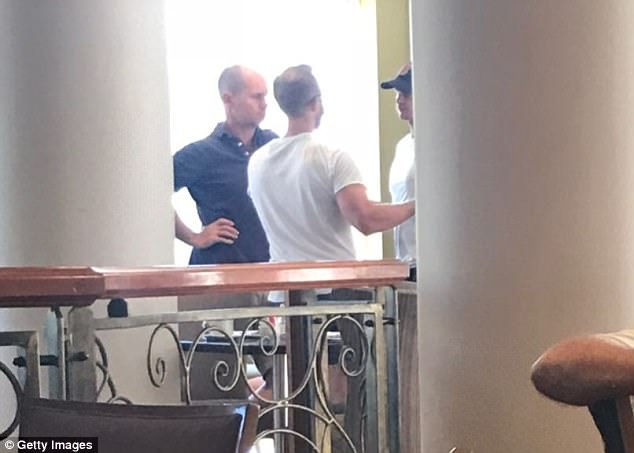 Smith (pictured in the hat) talks to officials at the team hotel on Monday. Cricket Australia is carrying out an investigation

Asked if he had heard from his son, Mr Smith said: ‘Not really. We can’t comment on it.’

He was seen at the team’s hotel in Cape Town on his phone and talking to officials on Monday.

The incident has thrown Smith’s future in the game into doubt with Australian cricket bosses flying out to Johannesburg to conduct an inquest into the incident. 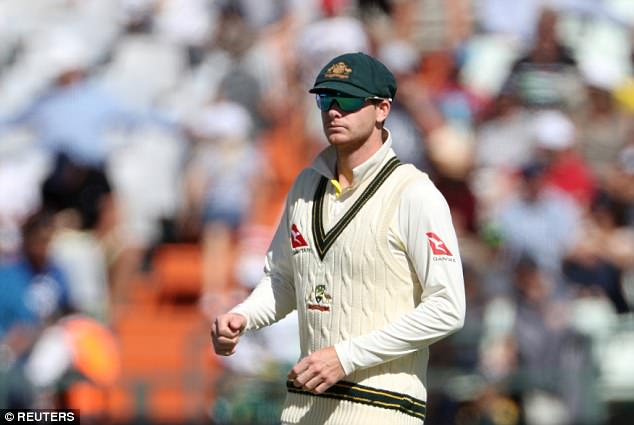 Cricket Australia (CA) is expected to announce the findings of its investigation on Wednesday morning.

Iain Roy, CA’s head of integrity, is making inquiries about what happened in the dressing room at lunch on Saturday and on the field later that afternoon.

James Sutherland, chief executive of Cricket Australia, said he was travelling to Johannesburg to meet with officials. 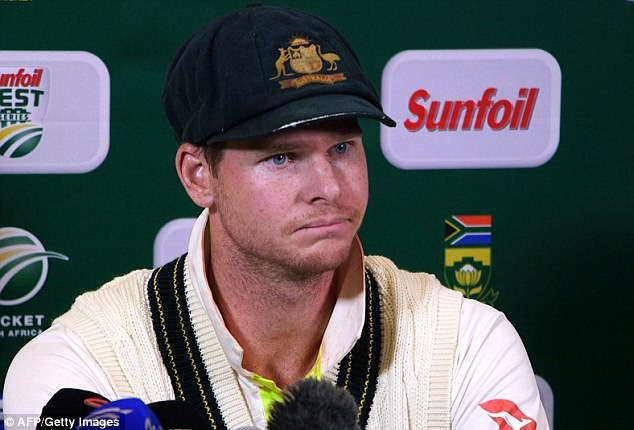 He added: ‘We know Australians want answers and we will keep you updated on our findings and next steps, as a matter of urgency.’

David Peever, the CA chairman, said board members were fully aware and that the organisation had to ‘follow our due diligence before any further decisions are made’.

Smith’s fate with Indian Premier League (IPL) side Rajasthan Royals, which he also captains and has a $2 million contract with, hangs in the balance.

Ranjit Barthakur, executive chairman of the franchise, said: ‘We at Rajasthan Royals will not tolerate any actions that are unfair by definition and bring disrepute to the game of cricket.

‘Our zero tolerance policy applies to everyone in our team. Please bear with us.’

The franchise said it was aware of the controversy in South Africa but was waiting to hear from the Board of Cricket Control for India (BCCI) before making any further annoucnements.