Steven Gerrard has told Rangers to ‘go for it’ against Rapid Vienna on Thursday night.

The Ibrox outfit put on a timid display as they slipped up at Livingston on Sunday and Gerrard does not want to risk a repeat when they host their Europa League rivals.

He said: ‘Looking at us from the day I walked in to now, we’re at our best when we’re positive and when we believe in ourselves. 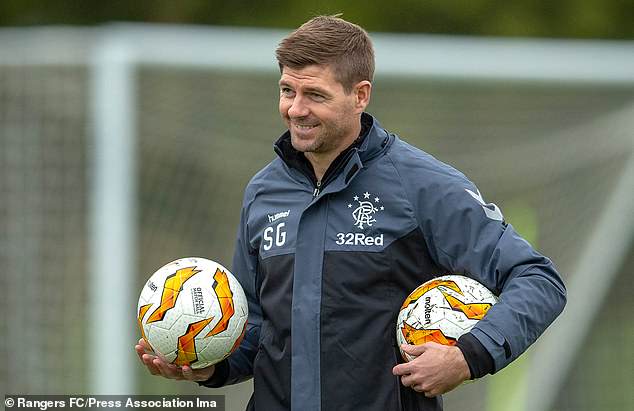 ‘You saw at the weekend, we didn’t show enough quality or belief in the final third and we couldn’t score, we didn’t look like scoring.

‘It’s very evident to the players that when they go for it and believe in themselves, they are a much better team.’

Gerrard added: ‘I’m not going to accept my team sitting back, just waiting for the game. We have to be on it from the first whistle to the last.

‘I’ve mentioned many times how I want it to look and what I expect of them. Now the players have got to go and deliver on that.

‘The players have spoken about it too and given us feedback that they feel better when they’re on the front foot.’