Steven Mnuchin said that a deal for small business relief could be reached within Democrats as early as Sunday night as he continues negotiations with Chuck Schumer and Nancy Pelosi.

‘I think we’re very close to a deal today,’ Mnuchin told CNN’s State of the Union Sunday morning. ‘I’m hopeful that we can get that done.’

‘I’m hopeful that we can reach an agreement that the Senate can pass this tomorrow, and that the House can take it up on Tuesday. Wednesday, we would be back up and running,’ he continued.

The comments from the Treasury secretary came as an interim relief bill proposed by Republicans earlier this month to expand a program for small businesses was blocked by Democrats after they claimed it didn’t go far enough in providing money for other programs and initiatives.

Senate Minority Leader Chuck Schumer said that a deal is impending, adding that he, House Speaker Nancy Pelosi and Mnuchin have engaged in continuous discussions to get a deal on the table to expand the payment protection program (PPP). 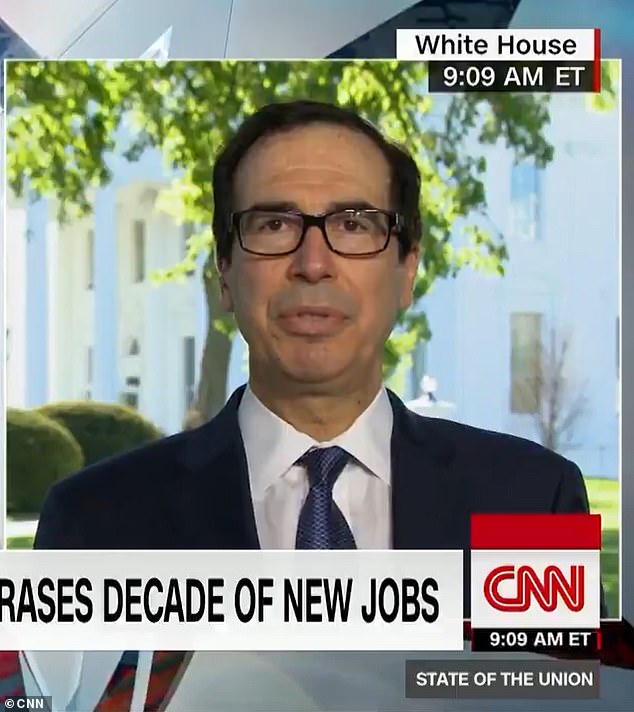 ‘I’m hopeful that we can reach an agreement that the Senate can pass this tomorrow, and that the House can take it up on Tuesday,’ Mnuchin said as he continues negotiations with Democratic leadership 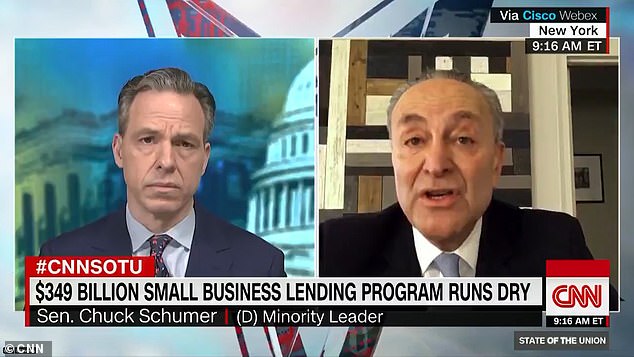 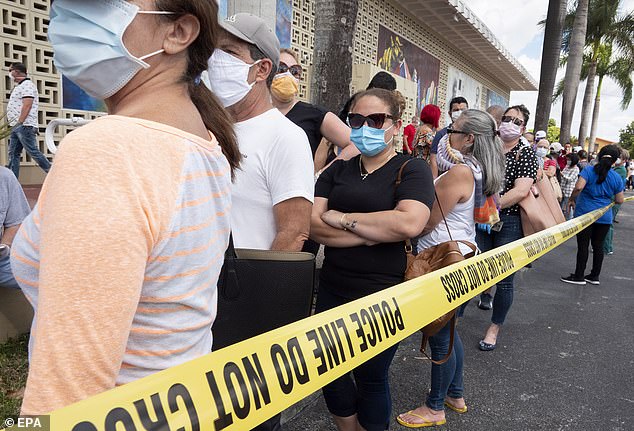 ‘Our staffs are meeting 24/7. We have made very good progress, and I’m very hopeful we could come to an agreement tonight or early tomorrow morning,’ the New York Democrat told CNN’s Jake Tapper Sunday morning.

‘I am very, very hopeful,’ Schumer continued. ‘And, as you heard, many of the things we have asked for on the banking side, on the testing side, on the hospital side, they’re going along with. So we feel pretty good. We still have a few more issues to deal with.’

More than 22 million Americans have filed for unemployment in the past four weekly filing periods, many after losing their jobs at family-owned restaurants and small businesses.

The markets have also plummeted and struggled to keep stable in the wake of the pandemic, which has killed nearly 40,000 people in the U.S. and surged to more than 741,000 cases nationwide in a little over a months-time.

The economic impact of the virus, experts assert, could affect the country for years to come.

But Mnuchin, the head of the treasury Department, which oversees the allocation of PPP grant to small businesses, said he believes the recovery will be much quicker.

‘Rightfully so, people are being cautious. On the other hand, as we get comfortable reopening the economy, I think we’ll see a big rebound.’

The Small Business Administration stopped accepting applications for the grant, which is forgiven as long as businesses used the funds to prevent layoffs, on Thursday.

Majority Leader Mitch McConnell brought a bill to the floor April 9 that would increase the PPP by $250 billion and allow the program to accept more applications and provide relief to thousands more businesses.

The original measure was included in the $2.2 trillion CARES Act to provide stimulus and relief for individuals, families, businesses and corporations struggling to cope with the fallout from the coronavirus pandemic.

The PPP was allocated $350 billion, but all the funds were approved for distribution to small businesses across the country in less than two weeks after applications were opened.

Republicans demanded ahead of the fund running dry that it be expanded – but Democrats felt other issues were more important to focus on, like expanding the federal food stamps program and boosting production and distribution of personal protective equipment (PPE) for hospitals and other healthcare centers. 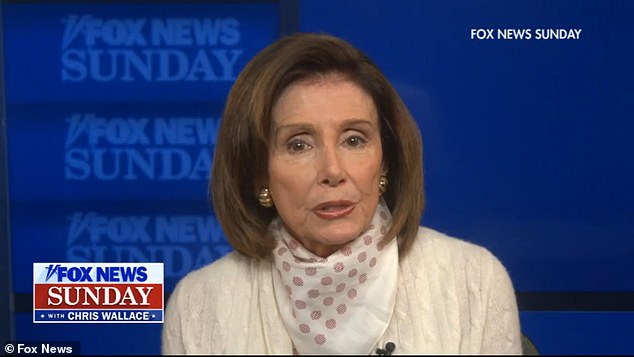 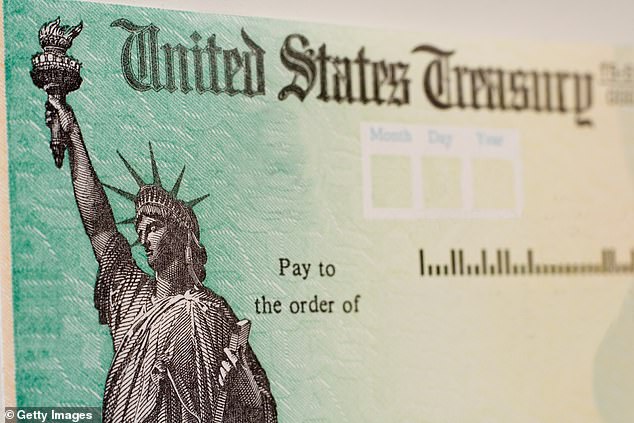 Mnuchin, who heads the Treasury Department, also said it was his idea for the $1,200 checks for Americans as part of the stimulus bill to include the president’s signature

Also included in the CARES Act was a measure to send $1,200 checks to most American adults earning less than $95,000, and an additional $500 for children.

Reports emerged, however, that many checks would be delayed and several Americans reported that they had not received them.

Many who have direct deposit set up through filing their taxes last year or this year with the Internal Revenue Service have already received the payout, but others waiting for a physical check were told they would have to wait as Donald Trump wanted his name printed on all of the checks.

Mnuchin took the blame for the delay, claiming it was his idea to have the president’s John Hancock included on the checks.

‘We did put the president’s name on the check – that was my idea. He is the president, and I think it’s terrific symbol to the American public,’ Mnuchin told CNN.

Democrats have proposed the next CARES Act include a measure that sends more checks to Americans, and even have floated the idea of the checks being recurring until lockdowns and stay-at-home orders have lifted.