The first thing Vincenzo Montella did when he took over Sevilla in January was put Steven Nzonzi back in the team.

The former Blackburn and Stoke midfielder who had been a revelation at Sevilla until falling out with the previous coach paid his Italian manager back with interest on Tuesday night at Old Trafford.

The only problem for Sevilla now is that he will be back on the radar of most of Europe’s big clubs after one of the best performances of the last-16. Sevilla had everything United lacked because they had Nzonzi. A midfield organiser capable of turning defence into attack. A player with the ability to put out the fires in midfield but also to light the fuse for his team-mates further forward.

When he is on his game that huge stride of his takes him effortlessly all over the pitch and he was mightily on his game on Tuesday night.

Nzonzi almost moved last summer. He had led the passing stats in the early part of the Champions League alongside players such as Paris Saint-Germain’s Marco Verratti and Bayern Munich’s Thiago Alcantara.

He faded as Sevilla’s campaign petered out but there was still enough interest in him at the end of the season to move on. 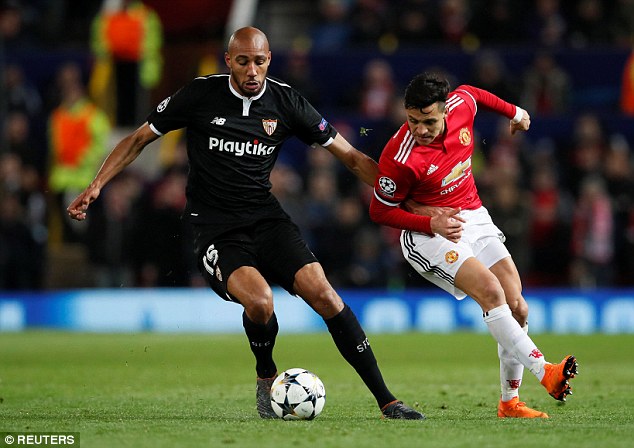 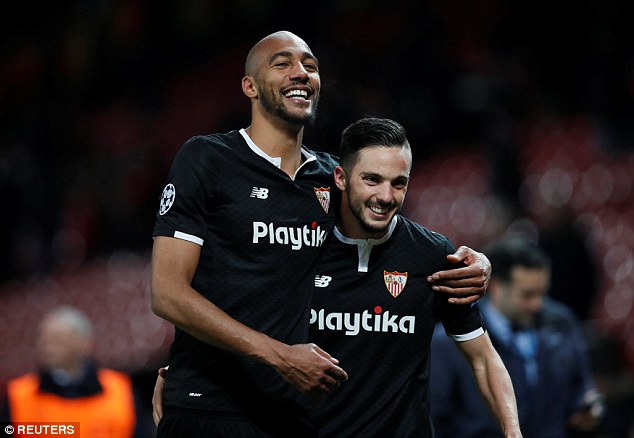 The club opened the doors to other players but blocked his departure and so it was no surprise that when Sevilla struggled under Eduardo Berizzo, Nzonzi’s head dropped and he ended up left out of the squad and heading into a January transfer showdown with the club, forcing his way out.

Supporters who were upset at his attitude and would have gladly pushed him out of the club two months ago wanted to lift him shoulder high out of Old Trafford after he reigned supreme last night.

It was Manchester United who had the £89m midfielder but Paul Pogba started on the bench and made no impact when he came on in the second-half.

It was the man who honed his skills under the likes of Mark Hughes and Sam Allardyce in England that dominated.

Would he go back, leaving behind the Sevilla good life? Sportsmail asked him in an interview last February. 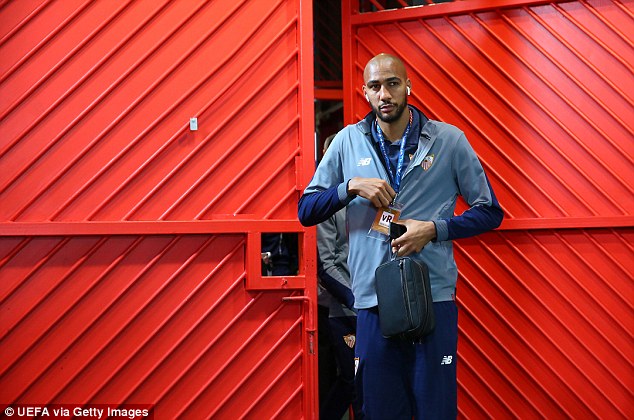 His reply was pretty emphatic: ‘As a footballer the most important thing is the challenge,’ he said.

‘You are not on holiday. If it were just about the weather I would go and play in Miami. It’s a short career and if you get the right challenge then you take it. You get plenty of years of sunshine after you retire.’

Sevilla signed Nzonzi for just £7m in 2015. ‘He never got the credit as a player that he deserved,’ said one of his former managers Allardyce at the time.

His 6ft 3ins frame meant he too often got labelled as a destroyer and nothing more. He credits Hughes with seeing more in him.

He says England improved him as a player. The speed of the game made him think quicker to make up for his lack of pace.

He has been likened to Patrick Vieira, more for that long stride than anything else. He thinks the French international was more physical.

There is not a great deal of room in the French midfield but a few more performances like Tuesday night’s and a call-up for Russia would not be completely out of the question. 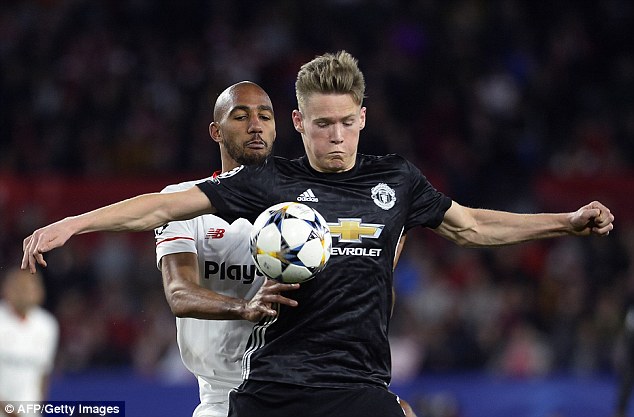 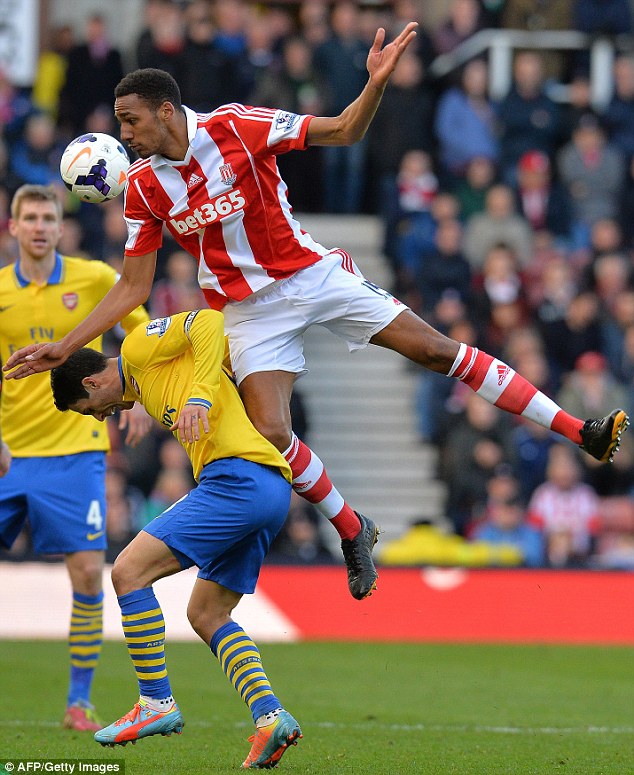 Twelve months ago Nzonzi was being tipped for an international cap and was on Pep Guardiola’s Manchester City radar. He finally made it big in Manchester, but not as he was expecting.

Sevilla’s victory was an extraordinary one. Five teams have put five goals past Sevilla this season and yet Manchester United couldn’t manage a single goal over 180 minutes against them.

Sevilla have scored half as many goals in La Liga as leaders Barcelona. The odds were stacked against them but with Nzonzi majestic the pulled off the surprise of the knockout stage so far and made it to the quarter-finals for the first time in their history.

Everyone at Sevilla is glad he stayed. Even if last night’s showing increases the chances that he will leave in the summer. They might have to let him go this time.