Sevilla midfielder Steven N’Zonzi was surprised by Manchester United’s approach as this side were allowed to dictate the play and secure a shock Champions League win.

Old Trafford witnessed history on Tuesday evening as the Andalusians chose a timely moment to secure their first ever win on English soil.

Wissam Ben Yedder came off the bench to score a match-winning brace as Sevilla triumphed 2-1 in the second leg of the last-16 tie, seeing them comfortably through given the first leg ended all square. 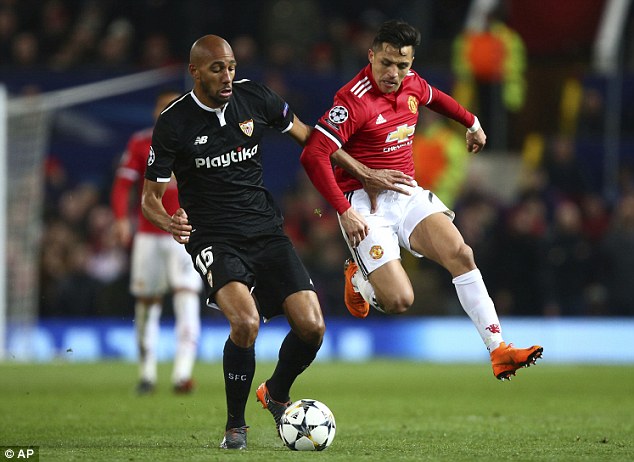 United could have few complaints about their exit given a lacklustre display that even surprised the visitors, who feared their best chance of reaching the quarter-finals had passed after a goalless first leg in Spain.

‘That’s what I thought because I think we played well at home, but we didn’t score that goal, so we knew it was going to be very hard here at this stadium,’ former Blackburn and Stoke midfielder N’Zonzi said.

‘But at the end, in football anything can happen and we proved it, so that’s great.

‘Even myself, I thought they were going to press a little bit more, but the first 20 minutes we saw that we could keep the ball, we could play our possession game the way we like and we just kept going until the end.’ 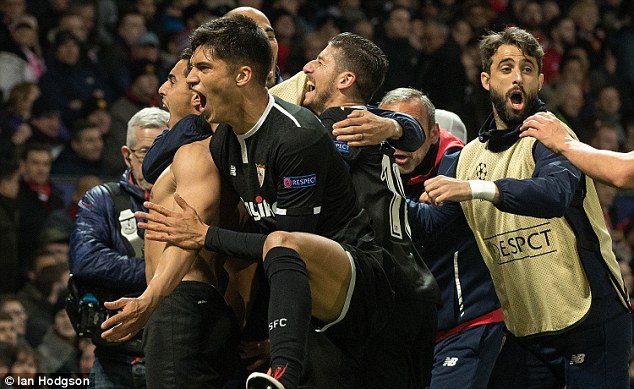 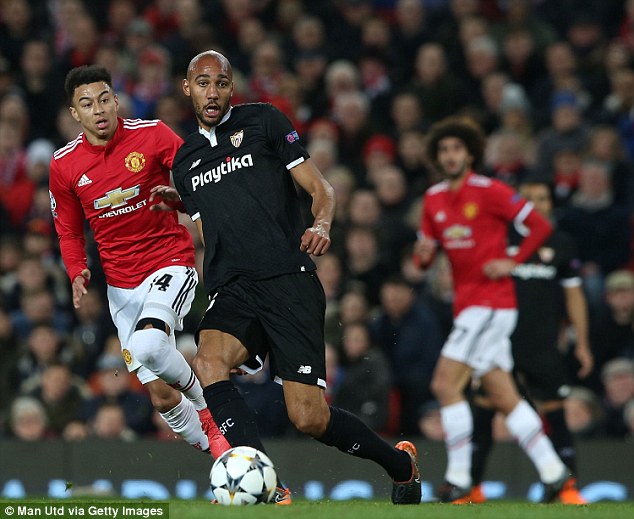 N’Zonzi said Sevilla performed strongly defensive and did a ‘great job’ nullifying United, allowing them to dream ahead of Friday’s quarter-final draw.

‘Anything is possible,’ he told beIN SPORTS. ‘That’s football.

‘Just two games, so in two games you can beat anyone.

‘We know that it’s hard, it’s always hard against those big teams, but we proved that anything can happen in football.’