They call it the party capital of the Middle East. And judging by the cheerful crowd heading for the beach there’s no limit on their capacity to enjoy themselves.

In a city where nearly half the population is aged under 30 and mostly single, you can dance the night away until the sun rises on another perfectly blue day. And that’s clearly what they do.

Beach life: Tel Aviv’s golden sands can easily be reached on foot from the city centre 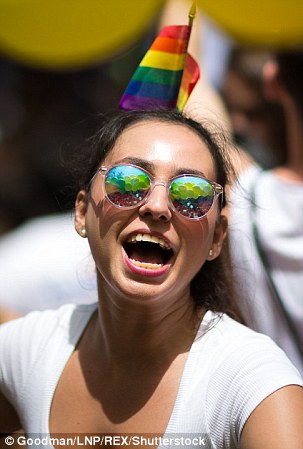 The young ones: Almost half of Tel Aviv’s booming population is aged under 30

The seaside city of Tel Aviv, with its palm trees and Mediterranean climate, white Bauhaus buildings and vibrant waterfront area is the cultural capital of Israel, the silicon valley, and the third most economically significant in the Middle East behind Abu Dhabi and Tehran.

The metropolitan area is home to 45 per cent of the country’s population — and welcomes a ­million visitors a year.

Yes, geographical tensions ­linger. But perhaps that is what drives locals to enjoy each day with such gusto.

Tel Aviv has eight theatre companies; hosts an annual documentary film festival and has the most vegan restaurants of any city in the world. The city and its beaches seem to be open for business 24/7, with the prime restaurant and café location of Rothschild Boulevard buzzing until the early hours.

This multi-cultural city is divided into distinct areas, including the Port of Tel Aviv with its boardwalks, converted warehouses, and jazz clubs.

There is a beach for everyone: a dog-walking beach, a gay beach, family beaches, and even a religious beach where men and women go on alternate days.

The Neve Tzedek neighbourhood used to be down-at-heel, but has been reborn as a hip and vibrant area full of craft shops, galleries and cafes. Whitewashed walls are accented by colourful doors and an abundance of oleander and hibiscus.

Kikar Hamedina is the most expensive area and a favourite of Russian tourists. This is where you’ll find the exclusive boutiques such as Chanel and Gucci, expensive art galleries and jewellery shops.

Then there’s Jaffa. This ancient settlement on the outskirts of Tel Aviv hums with history. The Rocks of Andromeda are just offshore and the church of St Peter was built on the spot where Saint Peter was said to have raised Tabitha, one of Jesus’ disciples, from the dead. 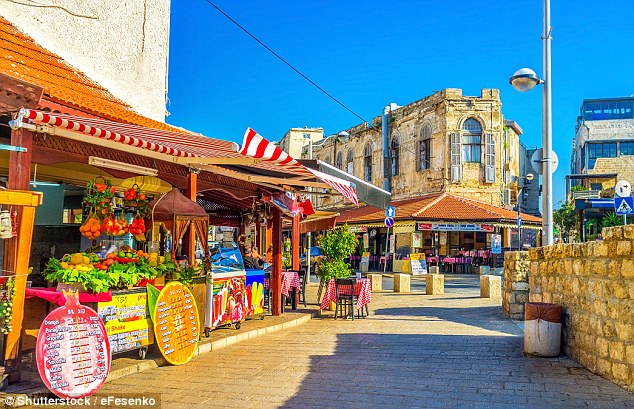 Art district: Creative types live in the ancient settlement of Jaffa on the outskirts of Tel Aviv

Jaffa today is the artists’ district: a maze of steep stone steps, and houses with walls of eroded limestone that look like honeycomb. The area has been painstakingly restored. During my visit, an outdoor Ramadan feast is being prepared on the pavements outside The Old Man and The Sea restaurant, while a group of Hasidic Jews walk on by.

Because Tel Aviv is relatively small, getting around on foot is easy. Either stay overlooking the beach, close to lively Rothschild Boulevard, or in the arty Neve Tzedeck area. I opted for the Lily & Bloom hotel near Rothschild Boulevar, where doubles cost from £110 per night B&B.

A two-hour drive brings you to the lowest place on Earth (424m below sea level) and to a cave where the Dead Sea Scrolls were found.

You can’t come here without taking a dip in the Dead Sea. It is one of those experiences you must try once, but not necessarily repeat. You tiptoe across chunks of sizzling, coarse salt and entering the water in the early afternoon is like getting into a much-too-hot bath. If you have any cuts, however small, it is best avoided altogether. An old mosquito bite stings like hell. Eyes? Don’t even think about it!

Swimming is not possible. The floating sensation is surreal. I watch a group of elderly Americans floating, stock-upright, on white plastic garden chairs.

All of this is finished off with a fabulous mud treatment in the Isrotel Spa, leaving my salt-dried skin silky smooth. 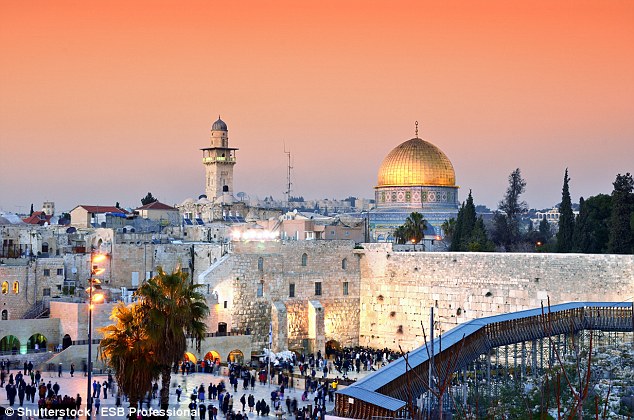 Star of Israel:  Make a foodie pilgrimage to Jerusalem and dine on delicious ‘Biblical’ cuisine

Finally there is the mandatory visit to Jerusalem, for you can’t come to Israel without experiencing the city where three of the world’s largest religions reside warily within a couple of hundred metres of each other.

The Western Wall (centre of Judaism) vies with the Golden Dome of Dome of the Rock (an Islamic shrine) and Church of the Holy Sepulchre.

One of the best restaurants I have ever eaten in is here. The Eucalyptus serves ‘Biblical cuisine’ with fresh ingredients from chef/owner Moshe Basson’s garden. The figs stuffed with chicken and a tamarind sauce are heavenly.

But it is to modern Tel Aviv that I will return. Because, in this city, people really know how to enjoy life.