The heartbroken father of a high-flying British Spotify executive killed in the Stockholm terror attack has appealed to Sweden’s Prime Minister to help his widow and two children whose ‘hopes and dreams were wiped out in seconds’.

Chris Bevington, 41, was one of five victims when a beer truck driven by a terrorist ploughed into hordes of terrified people on a busy shopping street in the Swedish capital in April.

The father-of-two’s final act was to throw his seven-year-old son to safety in a heroic display of love and bravery.

Now his father, John Bevington, has written to Stefan Lofven claiming his son would be alive today if the authorities had carried out their duty to deport failed asylum seeker Rakhmat Akilov, who carried out the terror attack.

Hero: Mr Bevington’s final act was to throw his seven-year-old son to safety in a heroic display of love and bravery. He was a high-flying executive working for Spotify in Sweden

He said his son’s widow Annika, and two young sons would still have a husband and father if the Akilov had been returned to Uzbekistan.

‘If the terrorist had been deported by the Swedish police as he should have been, this wouldn’t have happened,’ wrote Mr Bevington.

He criticised the beer company ‘illegally’ leaving the lorry’s engine running and the driver door open and allowing it to be stolen and turned into a ‘monstrous weapon’.

He said his son’s employer, music streaming service Spotify, ‘doesn’t feel the need’ to provide a ‘moral duty of care’ and provide a ‘die in service’ financial package for his widow and children.

In a moving letter to the Swedish premier, Mr Bevington, 70, said: ‘We appeal to you, Prime Minister, for your help. We ask this only for our distraught daughter-in-law, Annika and their two young sons, who now face a life without a loving husband and a devoted father.

‘As you can imagine, all their hopes and dreams were wiped out in seconds, and our little Swedish family is left distraught.

‘The UK has helped the family a little, but no help is apparent from Sweden.

‘We ask that Sweden look after and support their victims of terrorism, and ensure the companies that employ the victims’ families, who have already suffered unbelievably, emotionally and financially, give them appropriate financial support.’ 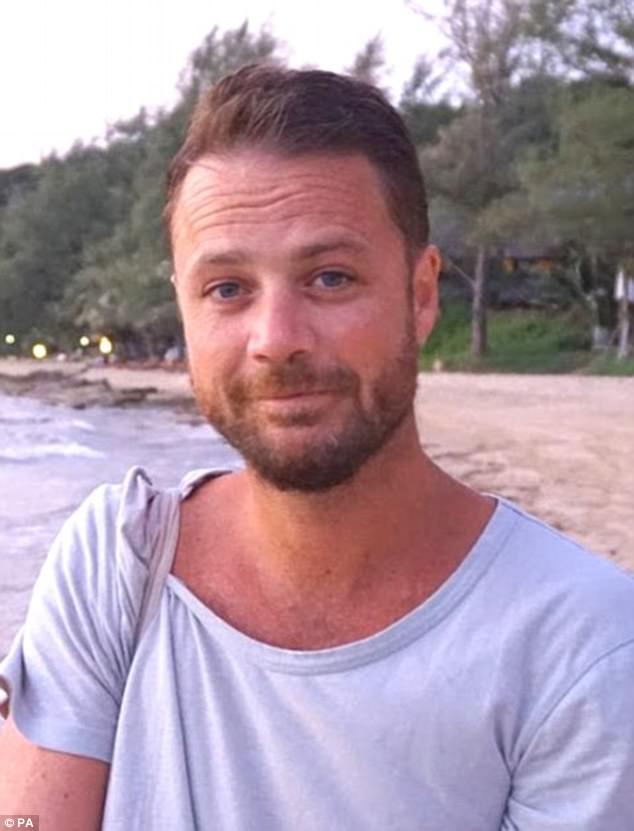 Blame: Mr Bevington’s father also slammed the beer company for leaving the truck’s engine running and the door open, allowing it to be stolen and turned into a ‘monstrous weapon’

The terrorist, Akilov, was served with a deportation order in December last year but police did not start looking for him until February by which time he had gone to ground, it has emerged.

He confessed to carrying out the terror attack, and proclaimed his allegiance to ISIS, when he appeared before a judge in court in April, just days after the killings.

Mr Bevington continued: ‘Our son was a healthy, happy, law-abiding citizen, who paid his taxes in full and supported Sweden in every aspect he could.

‘He [Chris] was only 41 when he was murdered by someone that the Swedish police had tried unsuccessfully to serve a Deportation Order from Sweden upon, on 31st December 2016. And did not then search for him until March 2017.

‘Had the terrorist been found, our son would still be alive, loving and supporting Annika, seeing his sons grow up, working hard and enjoying life.

‘In a few seconds this was taken away from him extremely violently, leaving his own young son completely traumatized by witnessing this dreadful, murderous, terrorist act.

‘If the truck driver had not illegally left his vehicle unattended, it could have been stolen and used as a monstrous weapon.’

He added: ‘Until this horrible tragedy occurred we didn’t know or understand who people would feel in this situation, but the pain of losing a healthy, happy, loving, hard-working, law-abiding son is indescribable.

‘His last unselfish and heroic act on earth was to throw his son to safety, out of the way a massive, on-coming beer truck, driven with murderous intent by the heinous terrorist, but this cost him his life.

‘He has left a very heart-broken and sad wife, Annika, two beautiful sons. Along with devastated and heart-broken parents, sisters, a brother and our extended families.

‘When you give birth to your child you never think they would suffer like this, and die at the hands of a terrorist, in his home city, safe Stockholm.’

Mr Bevington worked as Director of Global Strategic Partnerships for Spotify, the multi-national Swedish music streaming firm and lived in a £1 million home in Stockholm. 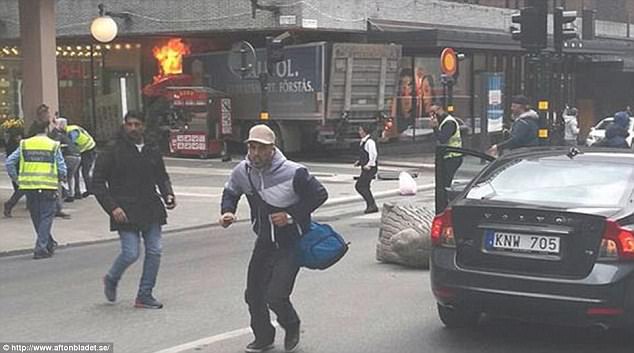 Horror: Mr Bevington was one of five people killed when failed asylum seeker Rakhmat Akilov stole a beer delivery lorry and drove it into terrified people on a busy shopping street in April 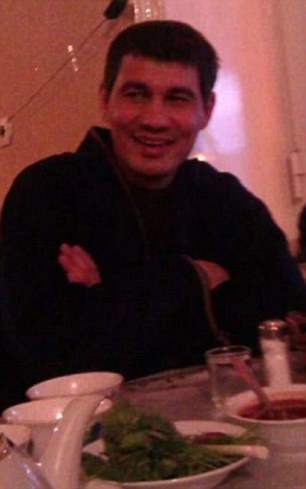 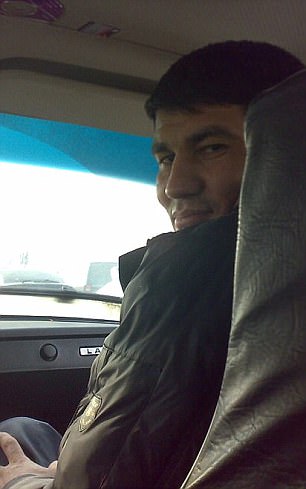 Face of evil: Akilov (pictured) confessed to carrying out the terror attack, and proclaimed his allegiance to ISIS, when he appeared before a judge in court, just days after the attack in April 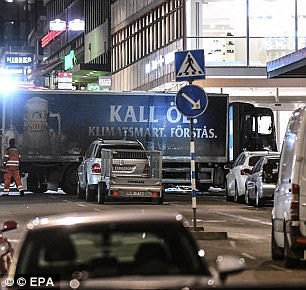 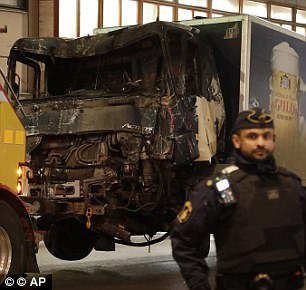 Akilov stole a beer truck that still had its engine running and the driver’s door open. Mr Bevington’s father said the atrocity would have been avoided if the driver stayed with his truck 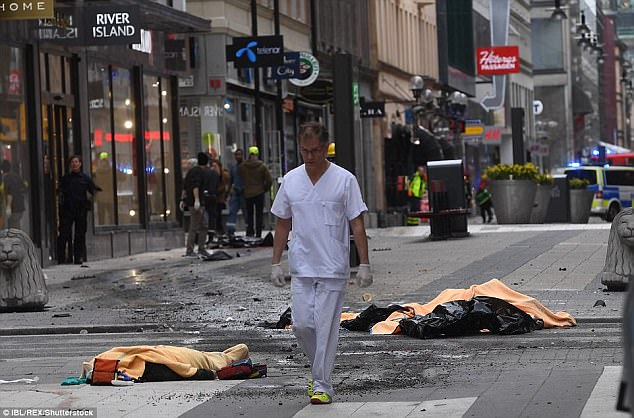 Spotify boss Mr Bevington’s father, John, wrote in his letter: ‘If the truck driver had not illegally left his vehicle unattended, it could have been stolen and used as a monstrous weapon’

He had moved to Sweden nine years ago after meeting ‘the love of his life’ Annika, a lawyer, learned to speak the language and loved living in Stockholm, his father told.

Memorial services in Britain and Sweden attracted more than 800 well-wishers and close friends have raised over £109,000 to support his young family and create a legacy in his honour.

But his father claims his employer Spotify have shirked their ‘moral duty’ to support his family following his death.

Mr Bevington wrote: ‘In the UK and internationally, if you ‘die in service’ a company pays the surviving spouse a minimum of four years’ of the victim’s salary, and even more in a terrorist attack, as the bereaved family are also awarded additional funds for any children as well.

‘This is because companies recognize that they have a clear moral ‘duty of care’ for all their employees, and to support victims in such devastating life-changing events, which happen for the worse, in a matter of seconds.

‘Sadly, Spotify, despite being a multi-national Swedish company, doesn’t feel the need to be that honourable.’

However Spotify maintain they have offered significant financial and medical help to Mr Bevington’s widow and children, without releasing any details.

Human Resources chief Katarina Berg told MailOnline: ‘We are still in shock and deep sorrow at the untimely loss of our friend and colleague, Chris.

‘Please understand that we are unwilling to comment publicly on the on-going private conversations and support we are giving Chris’ family under these tragic circumstances.’