Stockholm ‘could achieve herd immunity in May’: Claim by Swedish ambassador to the US

Sweden could have achieved herd immunity in its capital Stockholm by May, the country’s ambassador to the US has claimed.

Karin Ulrika Olofsdotter told the US’s National Public Radio (NPR) that ‘about 30 per cent of people in Stockholm have reached a level of immunity.’

Sweden, whose softer approach to combating coronavirus has gained attention across the world, has now reported 18,926 coronavirus cases, with 2,274 deaths.

On Monday, 286 new cases and 80 deaths were announced, down from 463 cases yesterday, although there were just two deaths on Sunday.

Sweden, whose softer approach to combating coronavirus has gained attention across the world, could have achieved herd immunity by May, the country’s ambassador to the US has claimed

Ms Olofsdotter added: ‘We could reach herd immunity in the capital as early as next month.’

Herd immunity is when enough people become resistant to a disease – through vaccination or previous exposure – that it can no longer significantly spread among the rest of the population.

However, questions remain about how long any immunity lasts – South Korea recently reported that 222 patients had tested positive again for the virus after initially recovering.

Authorities said they there are working to find out if the tests the individuals had just failed to spot that the virus was still present, or if they had actually had the virus again.

Ms Olofsdotter agreed that more research is needed to answer the questions around herd immunity but said there were no plans for her country’s government to switch course. 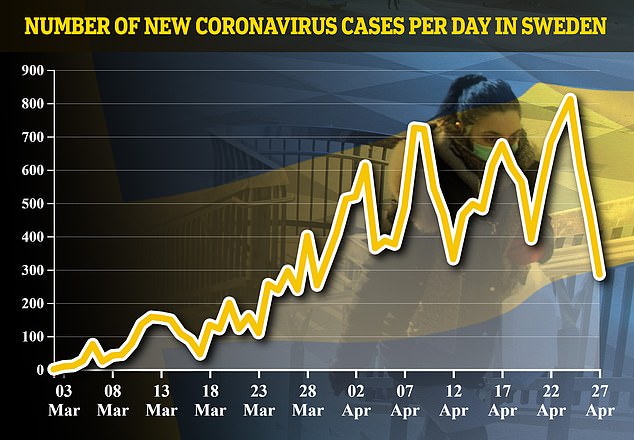 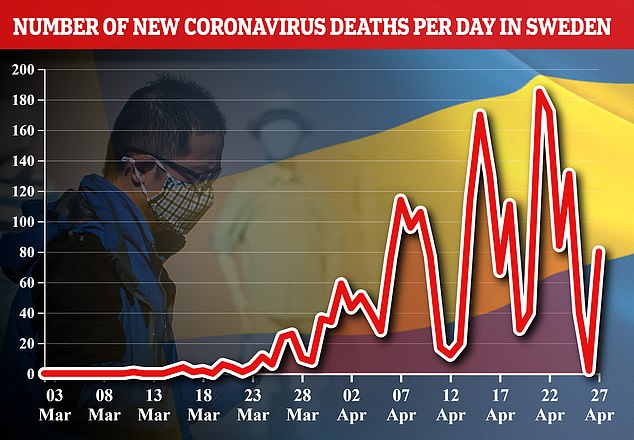 However, on Monday the country’s authorities did order five bars and restaurants in the capital Stockholm who had failed to follow social distancing rules to close.

While data suggests most Swedes are voluntarily practicing social distancing, photos have made the rounds worldwide in recent weeks of Stockholmers soaking up the spring sunshine sitting at crammed restaurant terraces, or queuing closely together outside nightclubs. 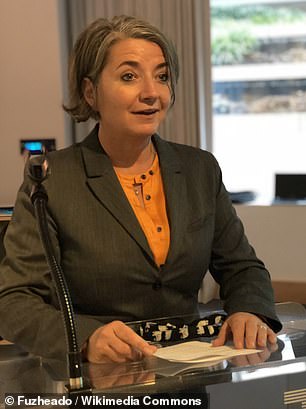 Karin Ulrika Olofsdotter, Sweden’s Ambassador to the US told National Public Radio (NPR) that ‘about 30 per cent of people in Stockholm have reached a level of immunity’

Authorities had warned last week they would be stepping up inspections to ensure establishments were respecting social distancing guidelines, but some bars and restaurants were again packed at the weekend.

Four of the five bars and restaurants are located in the trendy Sodermalm neighbourhood, popular with young partygoers.

‘The main problem was overcrowding, both inside the premises and outdoors,’ Stockholm health official Per Follin told news agency TT.

Sweden’s national board of health looked at 1,700 cause of death certificates to get a better idea of deaths related to Covid-19.

Their statistics show that 90 per cent of those who died were over 70 and half were over 86, with just one per cent under 50.

However, as many as 14.4 per cent of those who died did not have any of the above risk factors.

The Swedish approach has received criticism both domestically and internationally as its death toll has leapt much higher than its Nordic neighbours, which have all instituted more restrictive containment measures.

Norway did not report any cases on Monday, while Denmark reported 123, with five new deaths. 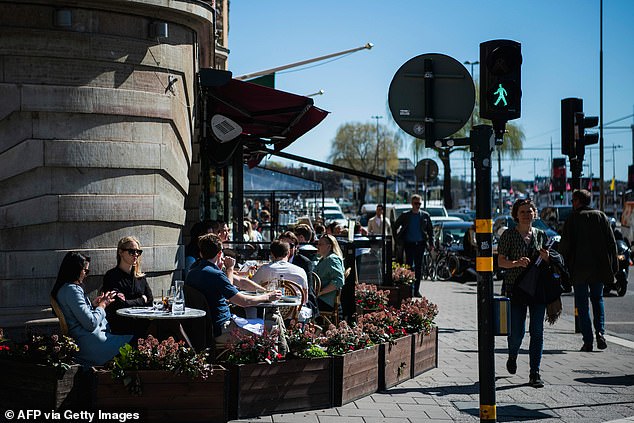 On Monday, 286 new cases and 80 deaths were announced, down from 463 cases yesterday, although there were just two deaths on Sunday

Earlier this month, he told the Mail On Sunday that he believed Britain’s lockdown had gone too far.

He told the paper that Sweden was ‘following’ the UK’s original approach of resisting lockdown, and was ‘disappointed’ by Britain’s abrupt U-turn.

‘I am very sceptical of lockdowns altogether but if you ever do them, you should do them at an early stage,’ Dr Tegnell claimed.

He added: ‘So far, what we are doing is working. In a sense we are beating it, and I am confident we are doing the best we can in the circumstances.’

Dr Tegnell has described the virus as a manageable risk, saying: ‘I still go to restaurants. We can’t kill all our services.’ 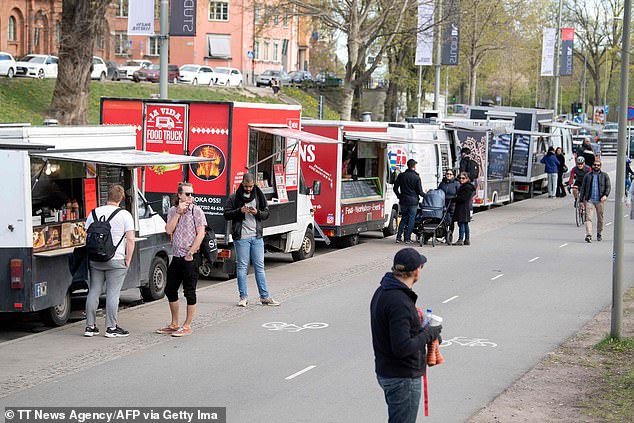