Stoke 1-0 West Brom: Late strike from Nick Powell condemns leaders to first defeat of the season and takes Potters up to third in The Championship

By Tim Nash For Mailonline

West Bromwich Albion suffered defeat for the first time in the Sky Bet Championship this season as Stoke City deservedly claimed the bragging rights in this throbbing Midlands derby.

Former Manchester United midfielder Nick Powell scored in the 79th minute just when it looked as if Stoke’s dominance wasn’t going to be rewarded.

Stoke, who climbed to third place, just a point behind West Brom, struck the woodwork twice, had an effort controversially ruled out and had a penalty saved as they took the game to the league leaders. 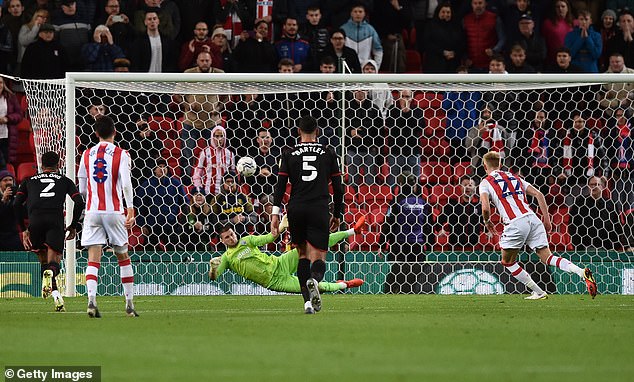 West Brom had a real let-off in the ninth minute as Michael O’Neill’s side hit the throttle from the off.

Jacob Brown’s run beat Albion’s high line for a one-on-one with goalkeeper Sam Johnstone, only to see his sidefooted finish bounce back off the foot of the post.

Joe Allen followed up with a powerful low drive that arrowed inches wide.

West Brom’s defence endured a testing spell and Johnstone had to dart off his line to block an angled effort from Josh Tymon, who was the latest to escape the visiting back line.

The visitors had another major let-off in the 40th minute. 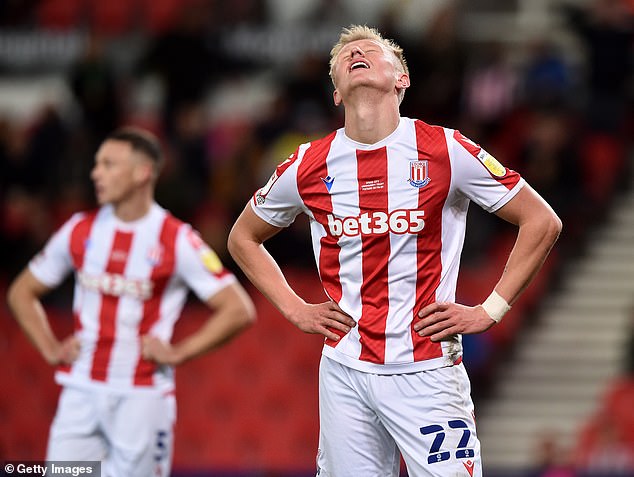 Mario Vrancic allowed a throw-in from Ben Wilmot to run across his body, inviting Robinson to make a challenge.

But referee Tim Robinson ruled the Stoke player had committed a foul, which even after multiple replays wasn’t clear.

Stoke continued to force the issue into the second half and went desperately close to breaking the deadlock in the 50th minute.

Again Vrancic was the architect, this time his curling free kick hitting the bar and bouncing over as the home side struck the woodwork for the second time.

West Brom’s goal was increasingly leading a charmed life and it just seemed to be a matter of time before Stoke scored.

The arrival of Sam Surridge, the substitute, lifted the Potteries outfit further.

Then Johnstone blotted his copybook for the first time on the night by upending Surridge for a clear penalty in the 70th minute.

But the former Manchester United goalkeeper redeemed himself as he pushed away Surridge’s poor effort from the spot.

Conor Townsend’s sloppy pass was seized on by Tommy Smith, whose instinctive pass found Powell galloping through and the midfielder beat Johnstone with a neat lob.