Stoke’s season went from bad to worse after a first-half double whammy did for them at the bet365 stadium.

Goals from Andrew Surman and a Benik Afobe penalty proved enough to earn Bournemouth their second Premier League win of the season. A fightback and Mame Diouf’s third goal in as many games was not sufficient to stop the boos raining down at the final whistle.

Imagine how many hours Mark Hughes has spent on the training ground this week, hoping that his words and actions would help exorcise the memories of that 7-2 thrashing by Manchester City. Imagine his careful team selection, striking the right balance between gung-ho and defensive against a team in the bottom three and with the most dreadful of away records. 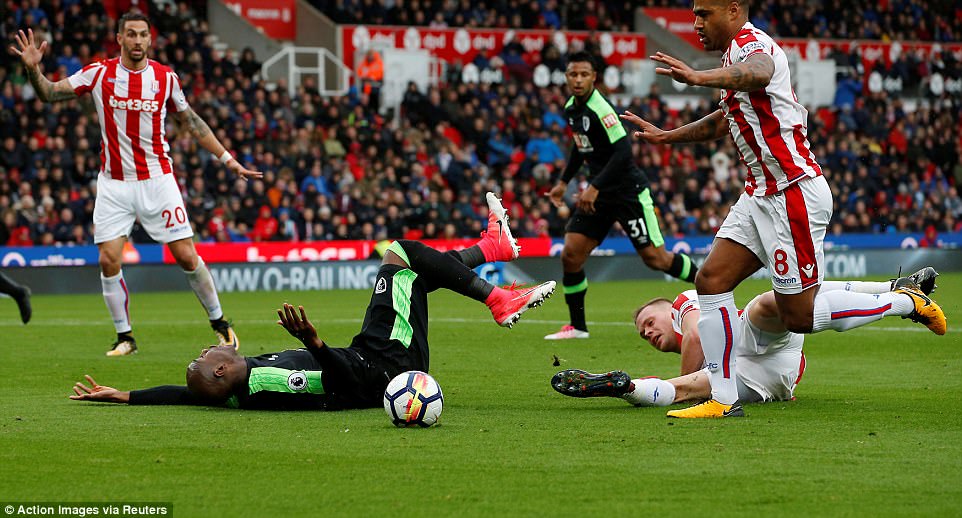 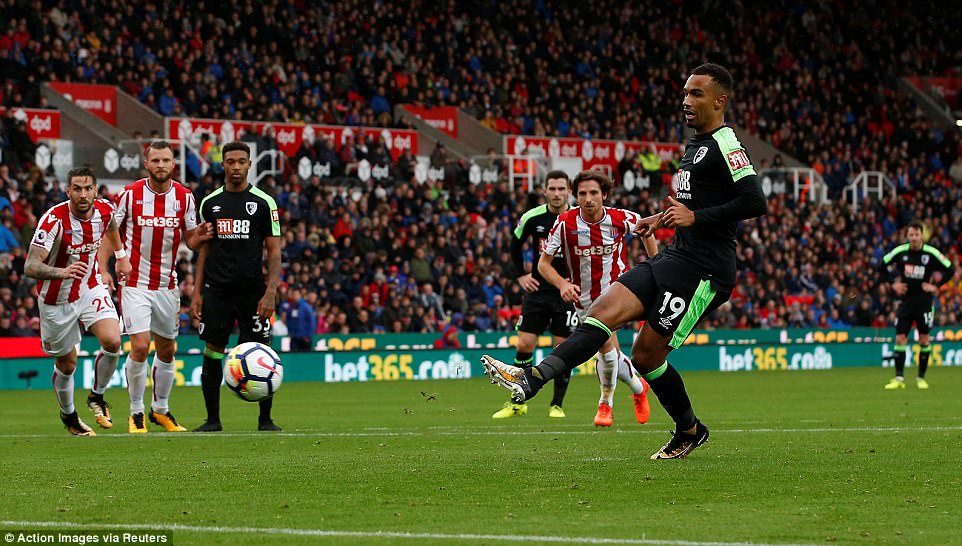 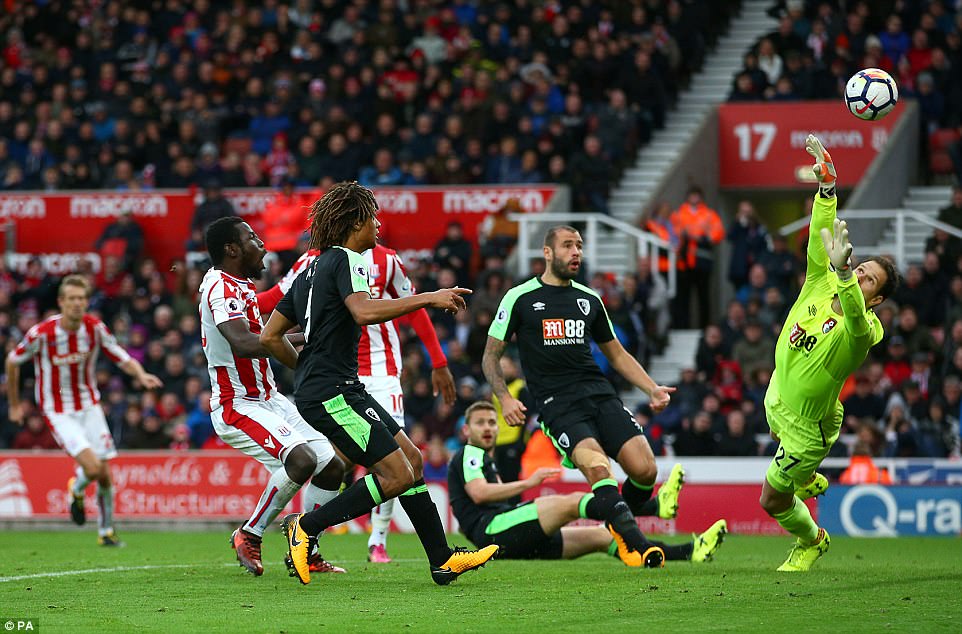 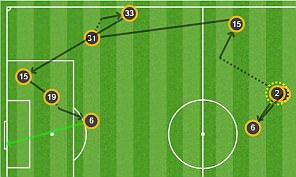 A neat move down the right-hand side led to Andrew Surman blasting into the bottom corner to give Bournemouth the lead with just 16 minutes on the clock. CLICK HERE for more from Sportsmail’s brilliant MATCH ZONE.

Then imagine what was going through his mind as two minutes of madness effectively dismantled all his best-laid plans. Bournemouth are not exactly world beaters. In fact, defeat at the bet365 Stadium would have confirmed their worst start to a League campaign.

So how Stoke contrived to let them score twice in the blink of an eye is a question that Hughes has every right to ask when he analyses this game next week. Blow No 1 came after a ball from Adam Smith found Junior Stanislas on the right-hand side. The pass teed up Andy Surman who gave Jack Butland no chance.

From the re-start Bournemouth bombed forward again and Benik Afobe crashed to the sodden turf under the challenge of Ryan Shawcross. The Stoke skipper did not do much complaining as referee Lee Probert pointed to the spot. Up stepped Stanislas to convert, much to the ire of the home crowd. 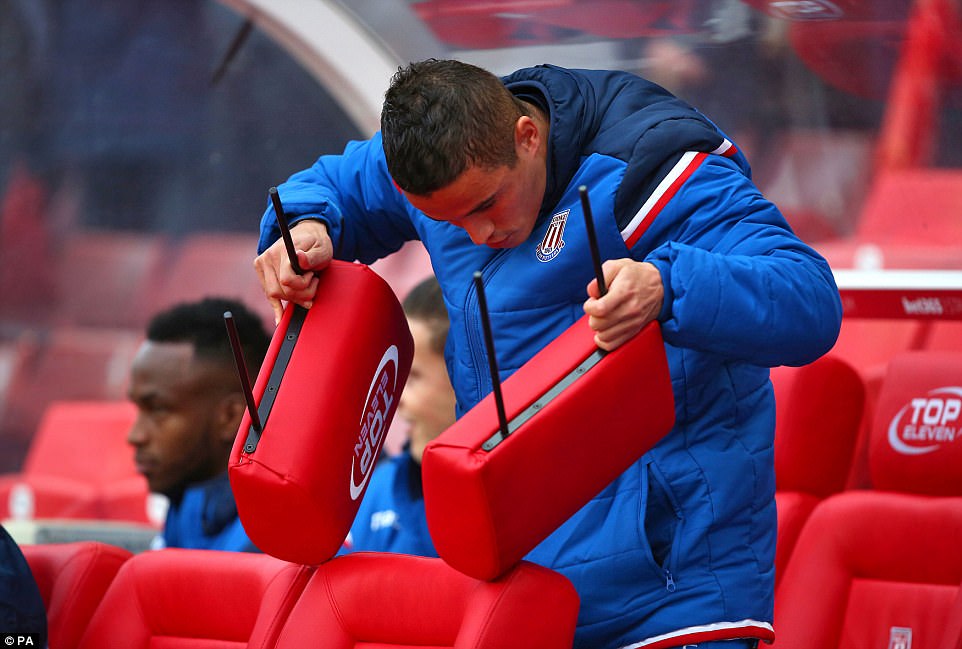 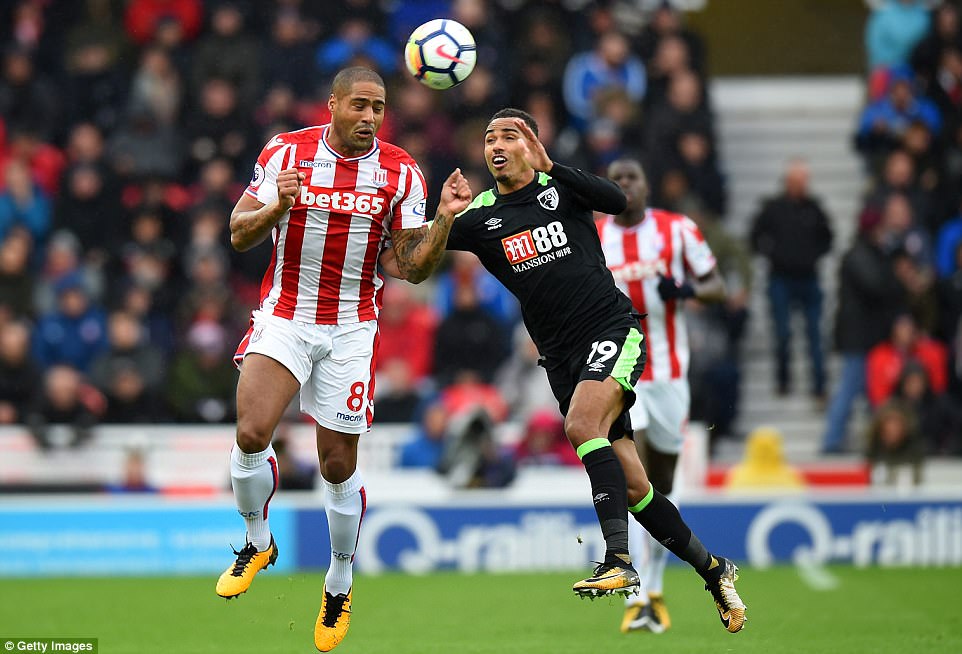 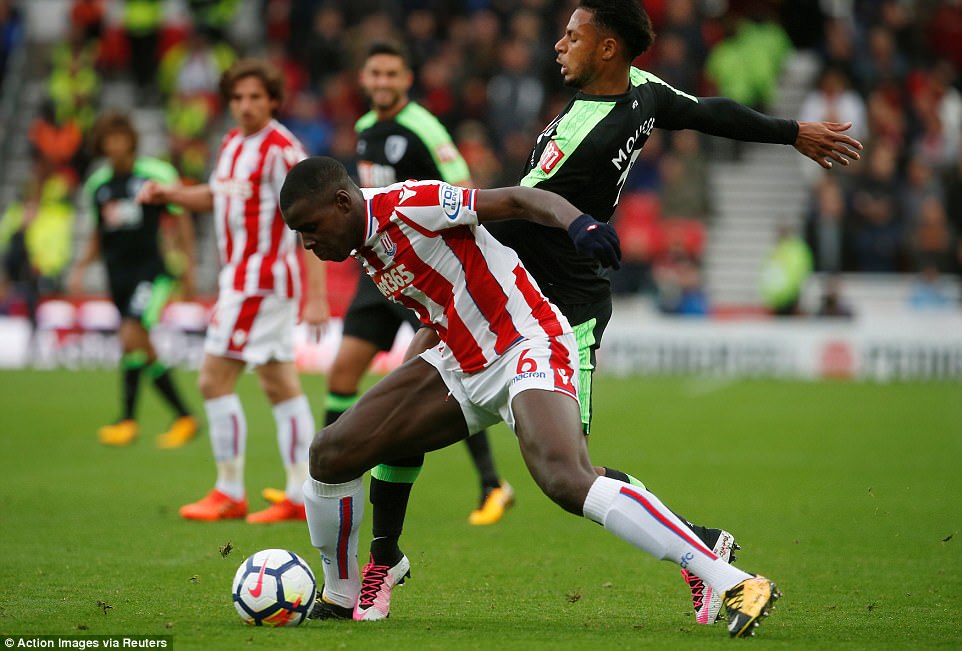 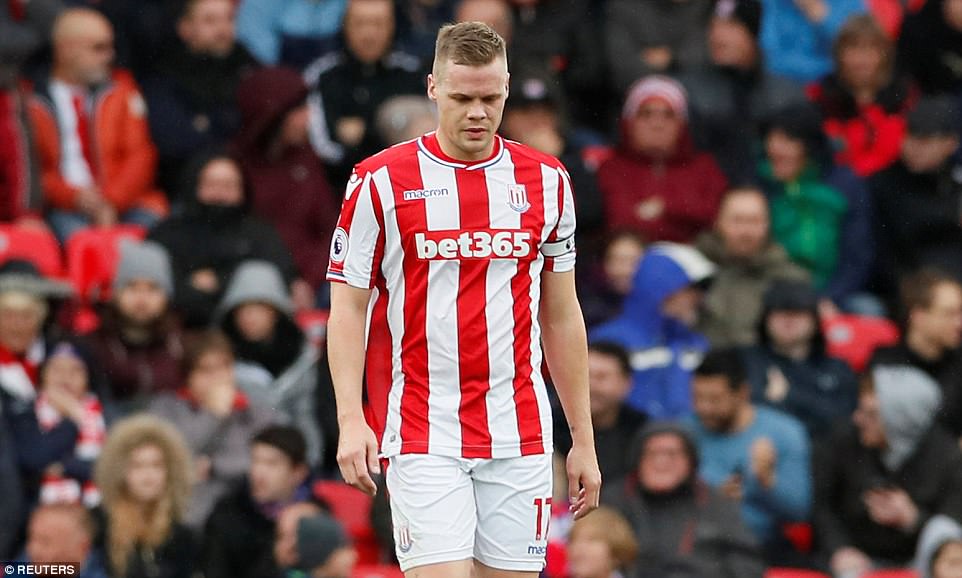 They made their feelings known, as they tend to do in this neck of the woods and you couldn’t really blame them. It is one thing to be played off the park by the team favourite to win the Premier League and a very different scenario when meeting fellow strugglers.

Hughes’ pre-match message that a top-ten place was on offer needed a major rebranding less than a quarter of the way through the match. To be fair to Stoke, they did not lack for effort but how they lacked for quality. Diouf was the main threat and he forced a save from Asmir Begovic, back at his old stomping ground.

The keeper carved out his reputation in the Potteries before leaving for Chelsea and while his welcome reception was not euphoric, it was certainly respectful. With Bournemouth looking to counter attack, Stoke’s forays forward were beginning to suggest reward might be round the corner. 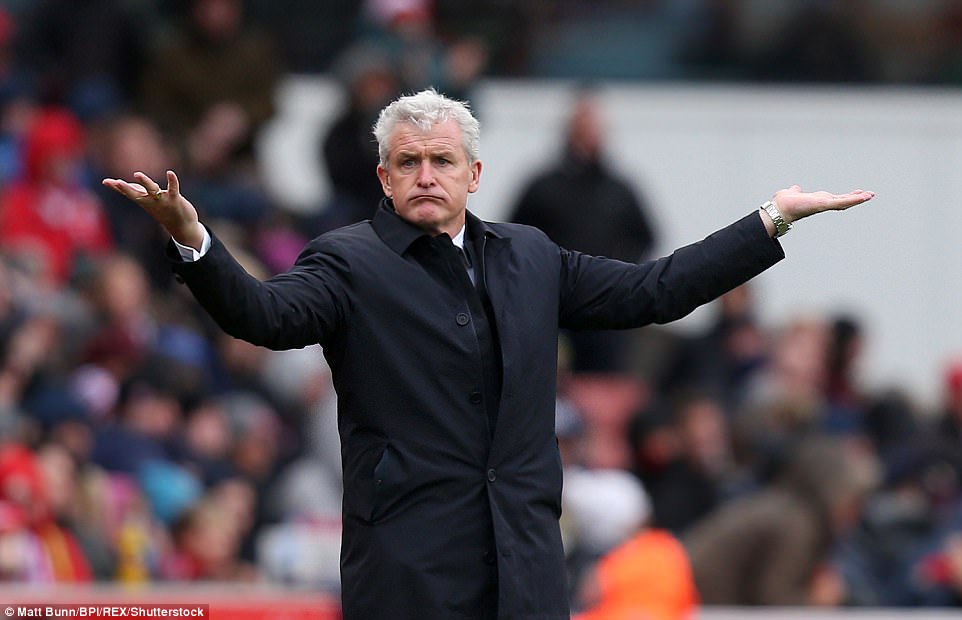 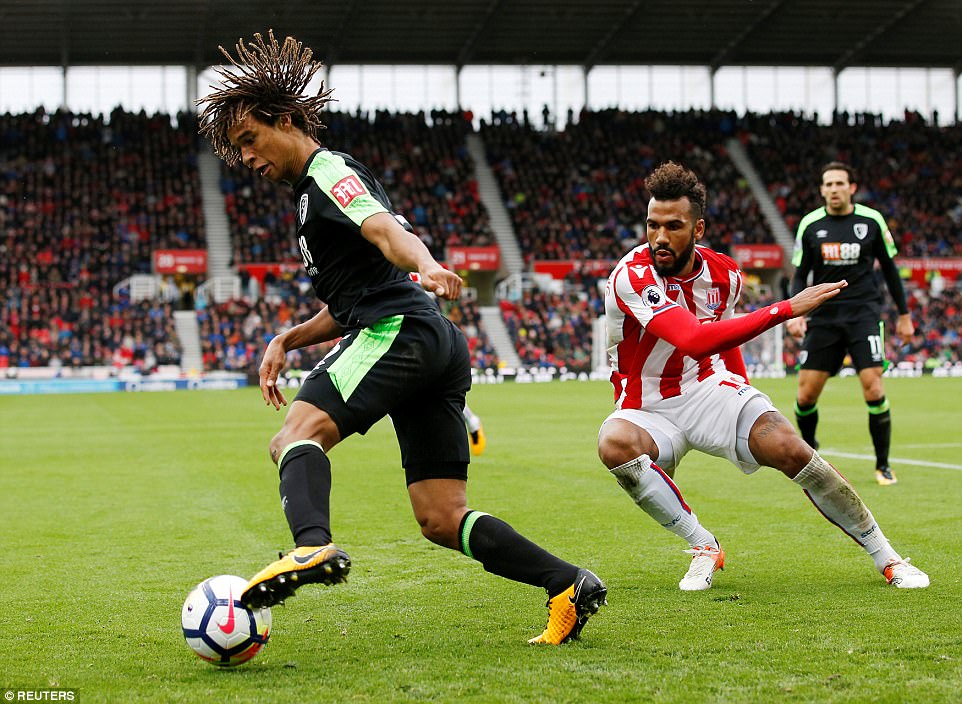 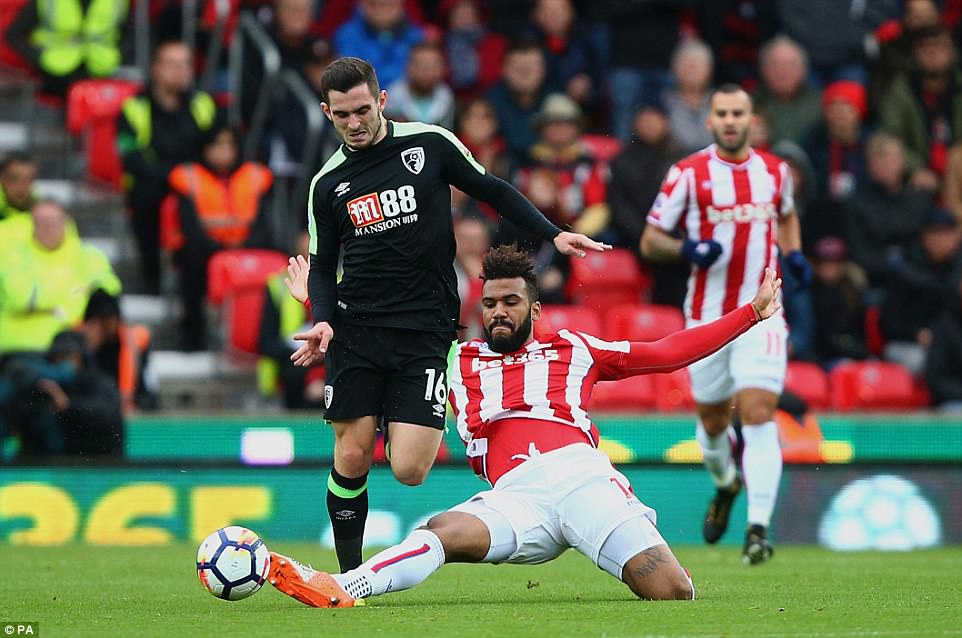 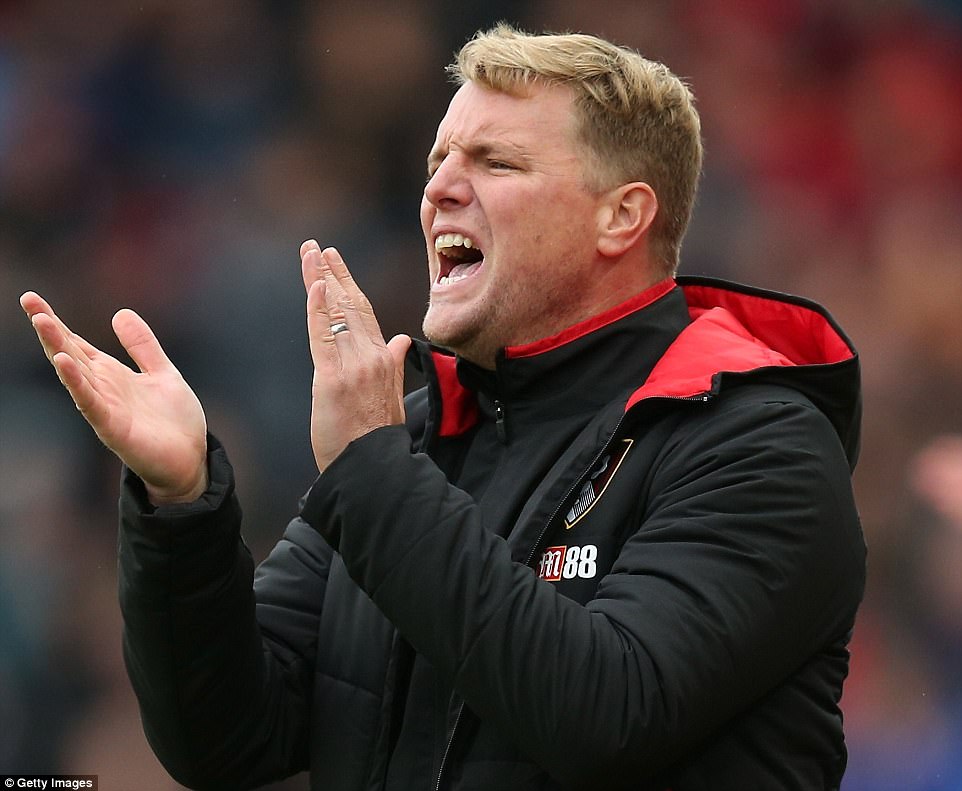 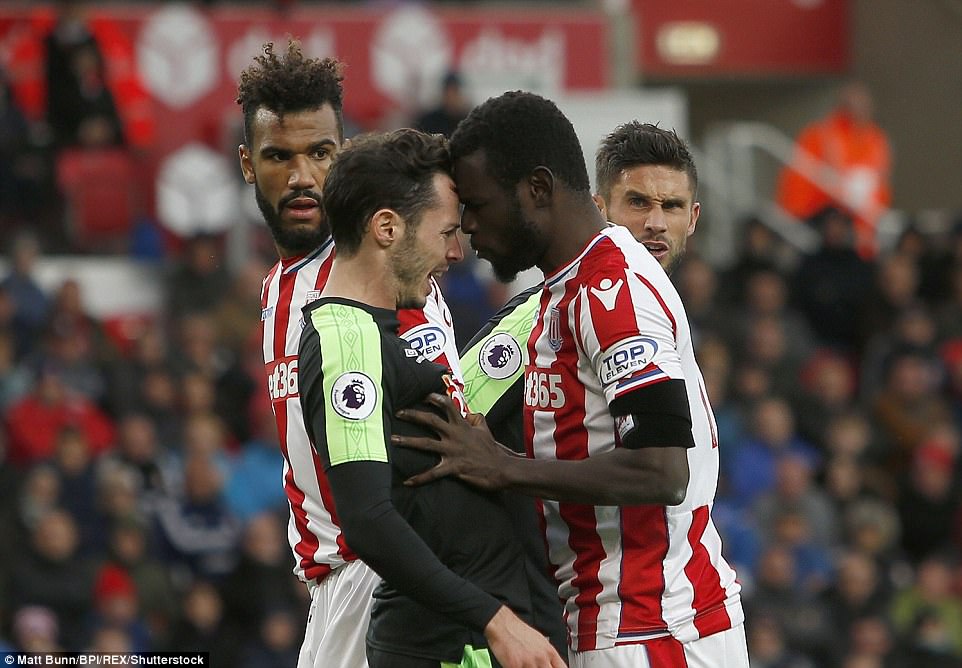 Maxim Choupo-Moting was inches the wrong side of the post with a header. Close but no cigar. And so a half-time rollicking of epic proportions is likely to have followed. Quiet man Hughes has quite the temper as anyone who ever watched him play can testify.

From counterpart Eddie Howe the message would have been to keep the ship steady, not to do anything silly, and expect 45 minutes of sweat-sodden defending. Sure enough, Stoke came out and immediately looked more in the mood. Joe Allen was not very far away at all with a low shot on the skidding surface.

Hughes decided to thrown on Peter Crouch for Glen Johnson and that was the catalyst for Stoke to close the gap. A hoof into the area, a knock on by Choupo-Moting and Diouf was there to make it three goals in three games. Stoke then had a call for a penalty.

Jese complained he had been fouled by Smith but Probert was having none of it. Tempers started to fray and when Allen clipped Smith, clearly accidentally, Lewis Cook wasn’t so convinced. As Cook had already been booked, Howe sensibly elected to hook him. With the clock running down, Stoke desperately looked for one final opening but it was not to be. 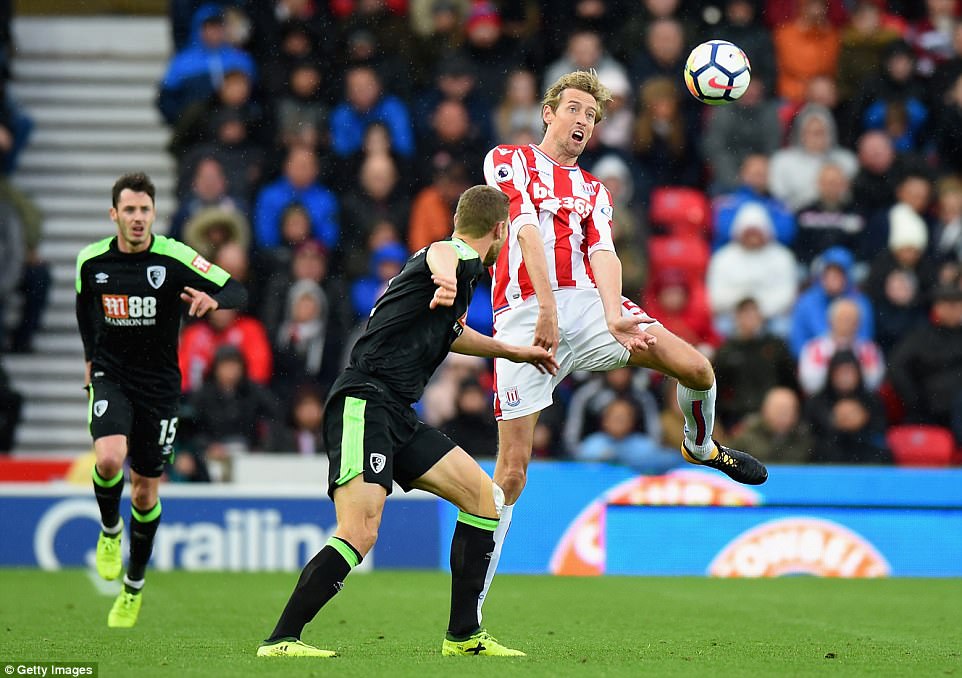 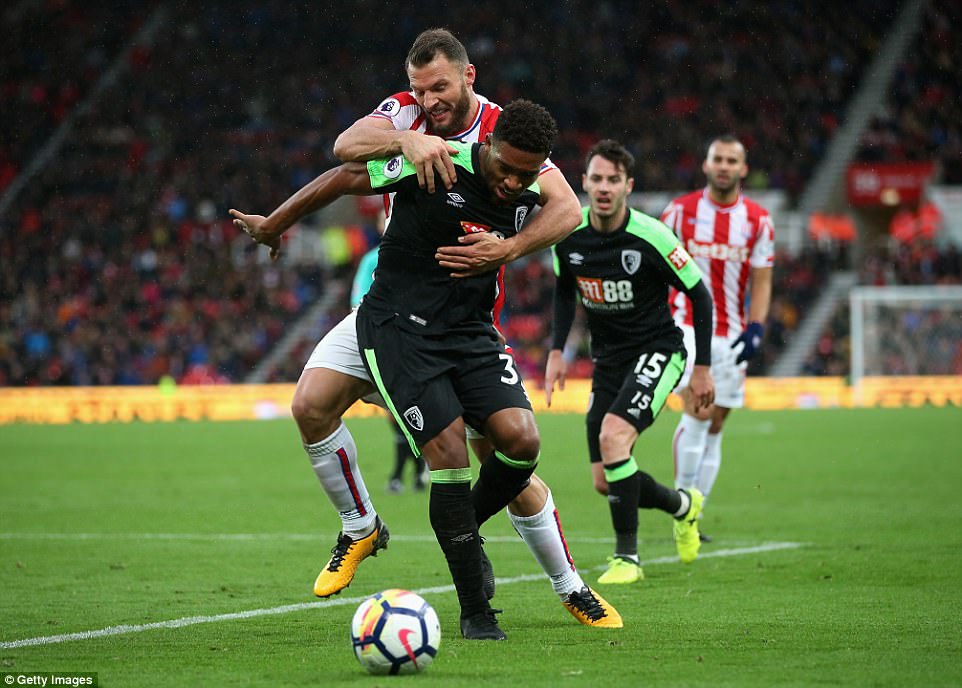 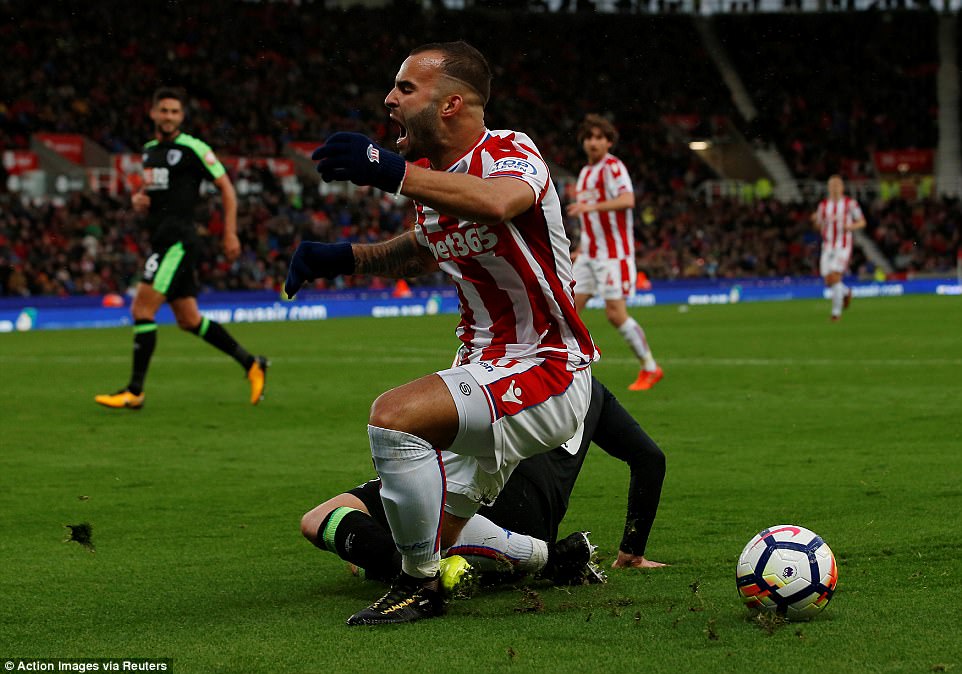 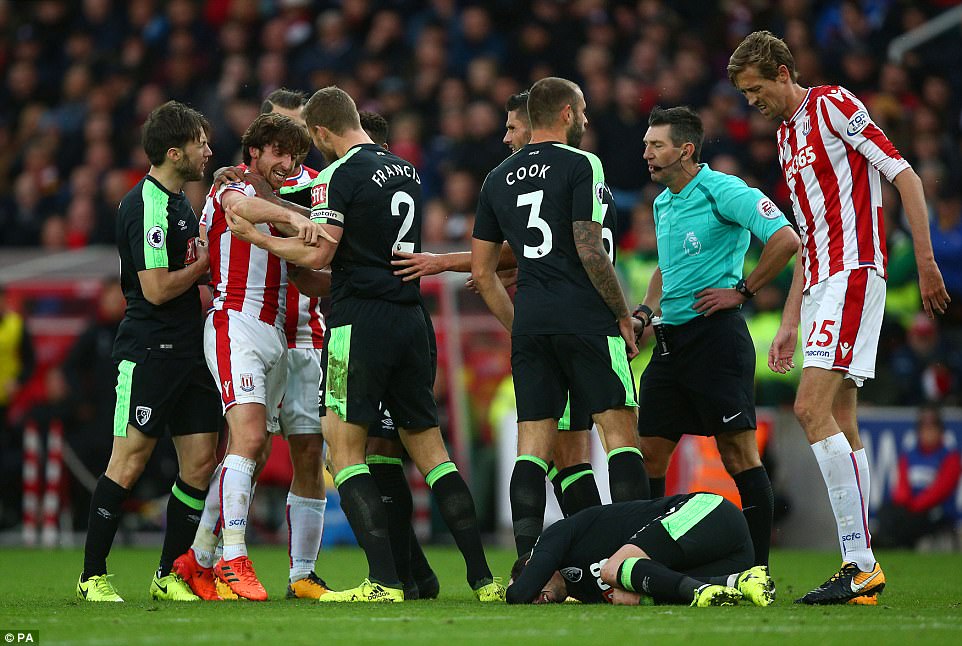 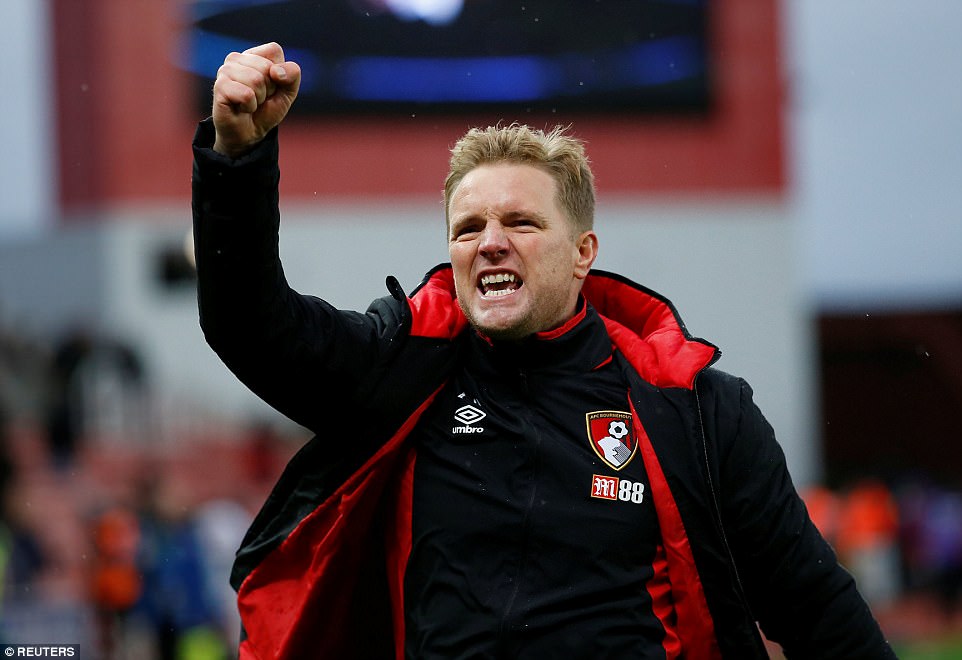