Stoke are facing a defensive injury crisis ahead of Chelsea’s visit to the bet365 Stadium with Kevin Wimmer a major doubt and Kurt Zouma unable to play against his parent club.

Ryan Shawcross and Geoff Cameron are already on the sidelines so should Wimmer not recover it would leave Mark Hughes with only Bruno Martins Indi as a fit recognised centre-half.

Hughes is determined to keep his preferred back-three system, meaning Erik Pieters or Glen Johnson might be considered suitable for adapting to a central defensive role.

Darren Fletcher has in the past played at centre-back when Manchester United’s defence was beset by injury, while Hughes could promote 18-year-old Harry Souter. 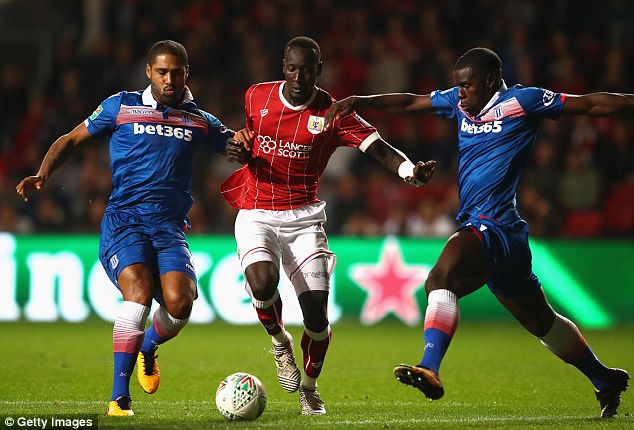 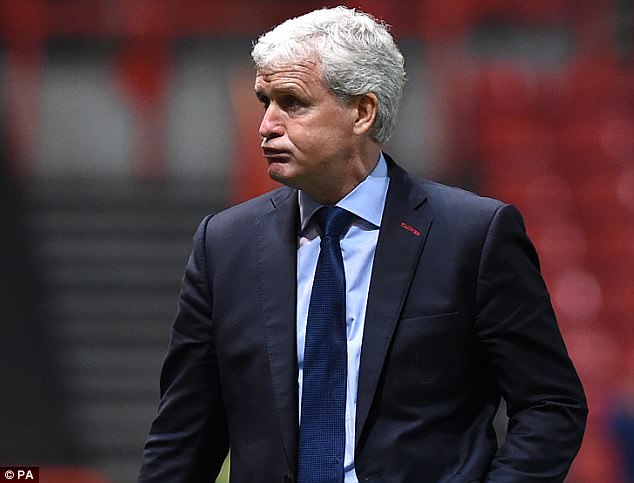 ‘Kevin’s damaged a hamstring. We are hoping it’s not going to stop him playing. We haven’t given up hope, he might be ok. As it stands on senior centre halves, we’ve only got one.’

Wimmer damaged his hamstring against Bristol City on Tuesday, while Shawcross and Cameron are still a week away from training fully.

The expected reshuffle might mean Josh Tymon, the 18-year-old signed from Hull this summer, gets a first Premier League appearance for Stoke at left wing back.