Stomach-churning footage shows a specialist removing a wax-covered pen cap that was lodged in a patient’s ear for years.

YouTube sensation Neel Raithatha, aka The Wax Whisperer, who runs The Hear Clinic in Oadby, Leicestershire, said: ‘I was shocked as at first I was unaware of what the object was. It is the worst item I have seen stuck to date.’

Buried deep in the unnamed patient’s ear canal, footage shows Mr Raithatha using forceps to dislodge the waxy object, before presenting it to the camera.

Mr Raithatha said: ‘The patient advised he must have accidentally dislodged the bottom end of a pen inside his ear as he had a habit of scratching the inside of his ear canal using the back of a pen.’

The patient was referred to Mr Raithatha after being unable to have his ear syringed due to the mysterious blockage. 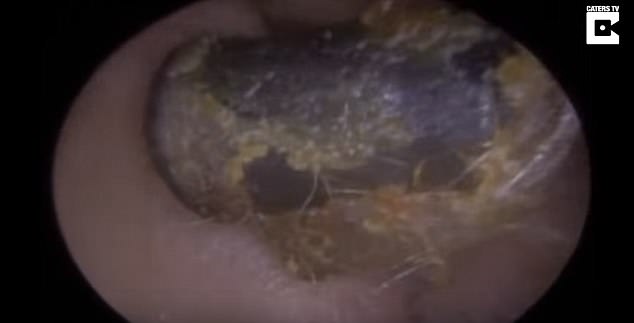 Neel Raithatha used forceps to remove the waxy cap, which he presented to the camera

Mr Raithatha said: ‘The patient visited his local nurse for ear syringing but they were unable to perform due to a foreign object being lodged inside his ear canal.

‘He was subsequently referred to see myself for treatment.

‘The eardrum was fortunately not affected as it was lodged near the entrance of his ear canal.

‘It took less than a minute.’

It is unclear how the patient has recovered or whether his hearing was affected. 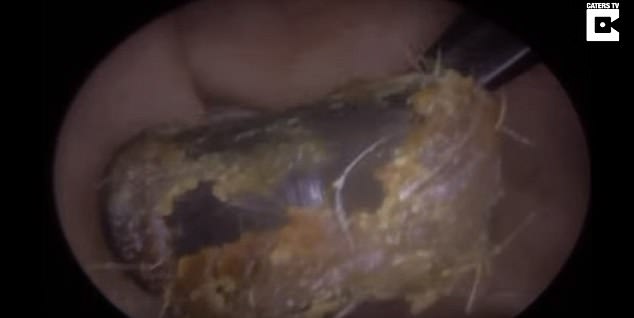 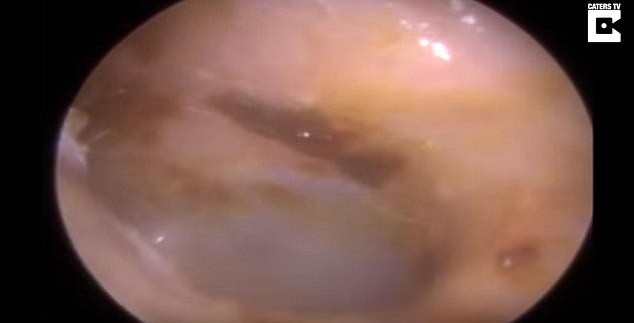 Despite her expertise at performing stomach-churning procedures, the California-based doctor struggled to remove the bulging sac from a man’s back.

The unnamed patient was suffering from a common cyst, known as an epidermoid cyst, which is made up of wet skin cells, giving it a ‘cheesy’ appearance. This is often accompanied by a pungent aroma.

After eventually prising the stubborn cyst out, Dr Lee compared the pus sac to a ‘little baby garlic bulb’. 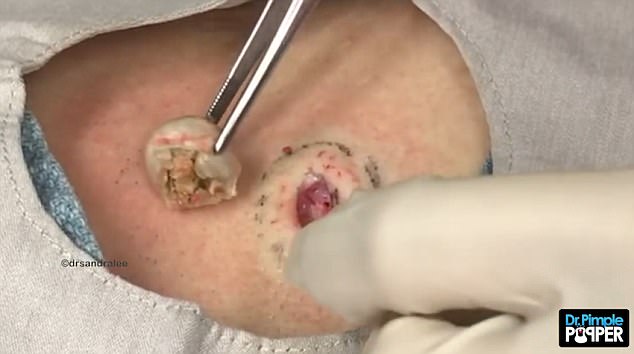