The Government is warning visitors to Britain’s historic sites they could face jail for taking part in ‘stone-stacking’ after the practice was criticised by conservationists.

Piles of balanced stones – dubbed fairy stacks or fairy castles – are appearing in growing numbers at many famous landmarks.

They are a common sight at the summits of hills in places like the Lake District and other countryside beauty spots.

Piles of balanced stones – dubbed fairy stacks or fairy castles – are appearing in growing numbers at many famous landmarks. Pictured is a stone stack on a river bed

But Historic England said moving the stones was akin to ‘rubbing out history’ in many places and needed to be stopped to protect our heritage.

The warning came after a number of complaints about the practice at historic hilltops on Bodmin Moor in Cornwall.

The early Neolithic sites at Stowe’s Hill and The Cheesewring are some 6,000 years old and have legal protection as a Scheduled Ancient Monument.

Stuart Dow and Roy Goutte, from Time Keepers, an amateur archaeology group, called for signs to be erected at the site explaining its significance and warning that removing the stones ‘could see them end up in jail’.

‘They may think they’re being artistic, but they don’t realise the damage they’re doing,’ Mr Dow said.

‘Some of these may be lovely to look at, but knowing what they represent, I believe it’s disrespectful to our ancestors.’ 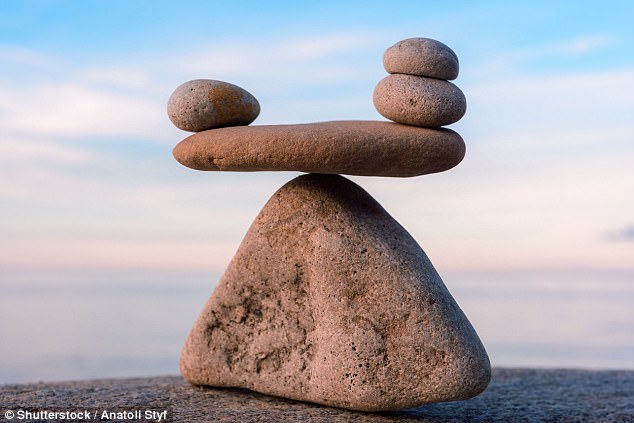 Historic England said moving the stones was akin to ‘rubbing out history’ in many places and needed to be stopped to protect our heritage. File photo of a stone stack on the seashore

Time Keepers said simple signage should prevent any more damage and in the meantime, they have offered to remove the stacks are put them back where they should be.

‘We don’t think for a moment this is malicious, nevertheless it’s historic vandalism and we have to try to stop it,’ Mr Goutte said.

Stuart Dow, 67, from Launceston, Cornwall, was among those who reported the stone stacking at Bodmin Moor to the authorities.

What is stone stacking?

Piles of stones arranged in an artistic manner are a common sight at the summits of hills in places like the Lake District and other countryside beauty spots.

Steve Hill, the organiser, described the hobby as ‘the most natural form of street art you can find’ and the artists’ creations were ‘breathtaking’.

The winner, Pedro Duran, placed 33 rocks on one stack.

He said: ‘I put a post on Facebook after going up to Stowe’s Hill with a friend from London a few weeks ago.

‘That’s when I noticed all the stone standings, they were all around the perimeter.

‘As a result of the post a friend called Ian Rowe messaged me saying he had removed 50 of the standings and replaced the stones as they were originally.

‘I wasn’t aware it was a crime but I knew it was disrespectful.

‘I like stone standings in the right context, but a Neolithic site is not the right place.’

Daniel Ratcliffe, inspector of Ancient Monuments at Historic England South West, said Stowe’s Pound dates back to the Early Neolithic period – 4000 to 3500 BC – and while moving the stones to build the ‘inevitably temporary’ fairy castles’, may seem benign, it is actually eroding nationally-protected archaeological features.

‘Taking away the stones is like rubbing out history,’ Mr Ratcliffe said. 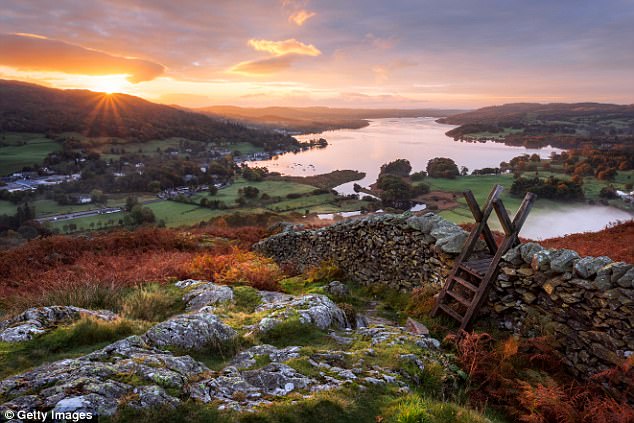 They are a common sight at the summits of hills in places like the Lake District, seen in this file photo, and other countryside beauty spots

‘Permission is needed from Historic England if anybody wishes to make any changes to these protected monuments, including the moving of objects that belong to them.

‘Any action that is potentially damaging to a scheduled monument will be investigated by Historic England in partnership with the local police and local landowner.’

They added: ‘Together we can use a range of interventions to deal with an incident in order to protect England’s historic environment.

‘These interventions include restorative resolution, formal warnings and in some cases, prosecution. In some instances offences are imprisonable.’