The great-great-grandsons of Thomas ‘Stonewall’ Jackson said the monument to the legendary Confederate general and others in Virginia’s capital city were constructed as symbols of white supremacy and should be taken down.

Brothers William ‘Jack’ Jackson Christian and Warren Edmund Christian wrote a letter to Richmond Mayor Levar Stoney, published by Slate on Wednesday,asking that their ancestor’s statute and all others honoring the Confederate cause be taken down from the city’s Monument Avenue.

‘They are overt symbols of racism and white supremacy, and the time is long overdue for them to depart from public display,’ the wrote.

The added: ‘We wish to make it clear his statue does not represent us.’ 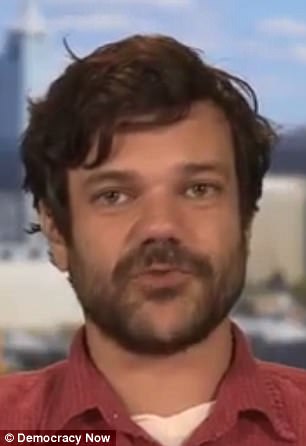 William Jackson Christian (left) and Warren Edmund Christian (right), the great-great-grandsons of Confederate Gen. Thomas ‘Stonewall’ Jackson, are speaking out, saying that it’s time to take down their ancestor’s statue and all others commemorating the southern cause 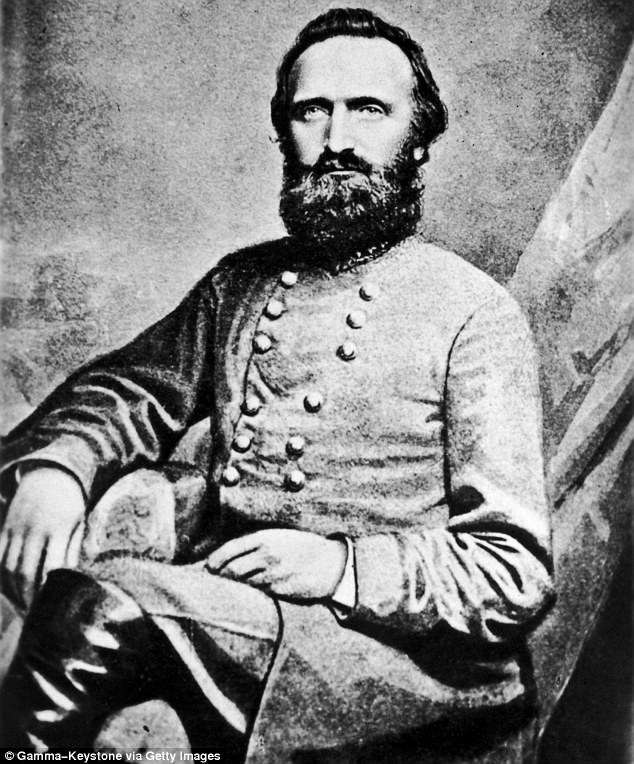 The brothers wrote a letter on Wednesday to the mayor of Richmond, saying that the Confederate statues ‘are overt symbols of racism and white supremacy’

The brothers said they as long as Stonewall’s statue remains up, it will continue to be a symbol for racist factions.

‘Last weekend, Charlottesville showed us unequivocally that Confederate statues offer pre-existing iconography for racists. The people who descended on Charlottesville last weekend were there to make a naked show of force for white supremacy.

While we are not ashamed of our great great grandfather, we are ashamed to benefit from white supremacy while our black family and friends suffer. We are ashamed of the monument.

‘To them, the Robert E. Lee statue is a clear symbol of their hateful ideology. The Confederate statues on Monument Avenue are, too—especially Jackson, who faces north, supposedly as if to continue the fight,’ the brothers wrote.

They added: ‘While we are not ashamed of our great great grandfather, we are ashamed to benefit from white supremacy while our black family and friends suffer. We are ashamed of the monument.’

The brothers went on to say they have ‘respect and admiration’ for the mayor’s leadership, but disagree with his claim that ‘removal of symbols does [nothing] for telling the actual truth [nor] changes the state of culture of racism in this country today’.

‘In our view, the removal of the Jackson statue and others will necessarily further difficult conversations about racial justice. It will begin to tell the truth of us all coming to our senses,’ the said. 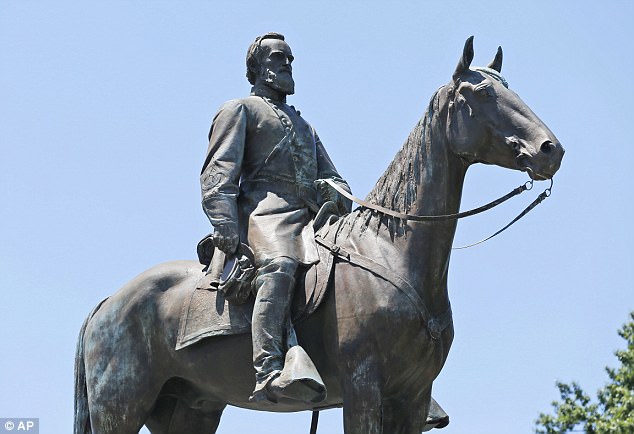 Above, the statue of Stonewall Jackson that his descendants want taken down

Stoney has since that a commission of historians, experts and community leaders appointed to study the issue will begin considering the ‘removal and/or relocation of some or all’ of the statues in light of the events in Charlottesville.

In a Thursday interview with the Associated Press, Jack said he used to be open to the idea that the statues on Richmond’s famed Monument Avenue – which memorialize southern Civil War heroes, including Jackson – might be acceptable if context were added to explain why they were built.

However, the racially charged violence in Charlottesville has shown that to be impossible, he said.

In an interview with Democracy Now, both men said that the events in Charlottesville inspired them to speak out, though their heritage isn’t something they normally brag about.

‘This is something that we’ve felt for a long time. I think it’s very clear, if you look at the context in which the monuments were put up, they weren’t—they weren’t celebrating kind of benign war heroes. They were very clearly meant to be things that would intimidate black people and further white supremacy in the U.S,’ Warren said.

Chaos erupted at the Charlottesville rally, which included neo-Nazis, skinheads, Ku Klux Klan members, and is believed to be the largest gathering of white supremacists in a decade. They clashed violently with counterdemonstrators, and after authorities ordered the crowd to disperse, a car plowed into a group of marchers, killing a woman and injuring 19 others. Two state police troopers who had been monitoring the chaos were also killed when their helicopter crashed outside the city.

The events in Charlottesville have quickened the pace of the removal of Confederate monuments across the country. Four Confederacy-related monuments were hauled away on trucks under cover of darkness late Tuesday night and early Wednesday in Baltimore. In Birmingham, Alabama, a 52-foot-tall obelisk honoring Confederate soldiers and sailors was covered by wooden panels at the mayor’s order.

Jack Christian said he has heard from one relative who said she agreed with the sentiments expressed in the letter. He hopes other descendants of Confederate generals will do the same. Christian said he would like to see the statues preserved somewhere after they are removed from public display.

Michael Shoop, who wrote a book on the genealogy of the Jackson family, confirmed that the men are descendants of the Confederate general. They are direct descendants through Jackson’s daughter Julia Laura Jackson, his only child to survive into adulthood, who married William Edmund Christian.

Thomas Jonathan ‘Stonewall’ Jackson was an important Confederate general during the Civil War. He got his nickname for refusing to move his troops during the First Battle of Bull Run. He was a slave owner, but broke with the standard of the time in letting his slaves attend Sunday school, since he was a deeply devoted Christian. His family owned six slaves in the 1850s.  After the Civil War broke out, he appears to have hired out or sold most of his slaves.

‘Jackson neither apologized for nor spoke in favor of the practice of slavery. He probably opposed the institution. Yet in his mind the Creator had sanctioned slavery, and man had no moral right to challenge its existence. The good Christian slaveholder was one who treated his servants fairly and humanely at all times,’ historian James Robertson wrote in his book about Stonewall Jackson.