Stop Messi, target youngsters and deal with Dembele… how Tottenham can beat Barcelona

There is a twist to the how to beat Barcelona story this time for Tottenham. This is not a last-16 Champions League tie with the opposition at full strength.

The Catalans are expected to make various key changes to their usual line-up.

Sportsmail asks how the unorthodox XI that Ernesto Valverde looks set to send out on Tuesday night can be overcome.

The guessing game surrounding just what team Valverde will pick has many commentators in Barcelona predicting a call-up for Juan Miranda.

The club gave him a new contract that keeps him at Barcelona until 2021 with an optional of two more years beyond that and with an eye-watering 200m buy-out clause so it’s obvious they fancy him. 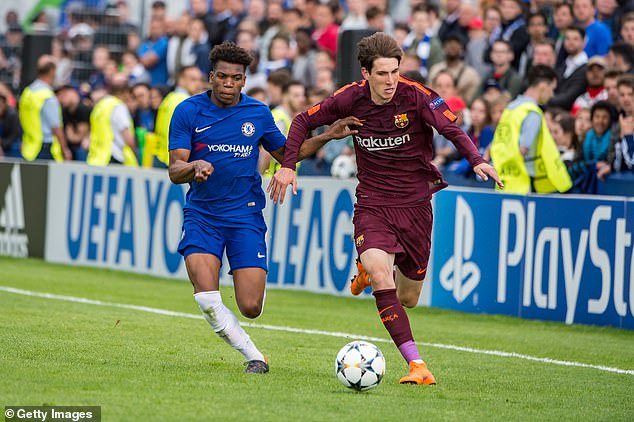 They also moved Cucurella out on loan making it clear they saw Miranda as the heir to Alba’s left back spot. All the same it will be his Champions League debut if he starts so it is an obvious potential soft spot for Tottenham to expose.

And if Alba does play then don’t drop the drawbridge over the moat so he can galloping forward down the left unattended as Real Madrid did earlier this season – see the 1-0 goal scored by Philippe Coutinho.

There are no guarantees Gerard Pique will be missing.

But Valverde hinted strongly on Monday that Thomas Vermaelen will play. The 33-year-old Belgian international proved he can get through 90 minutes last week when he played the second round of a last-32 cup tie.

But that was against third division opposition who were already 1-0 down from the first leg.

This will be a different test for the former Arsenal defender who has only started two league games so far this season – the first ending in defeat against minnows Leganes and the second a draw against Valencia. 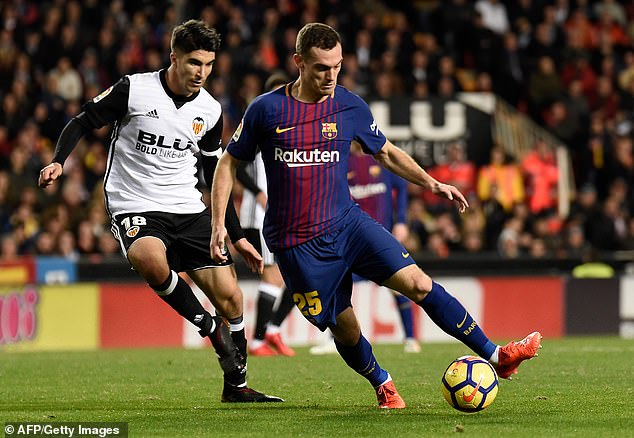 Barcelona were undone away to Leganes earlier in the season by long balls over the top of their defence.

Left wing-back Jonathan Silva got in behind Barca’s right back Sergio Roberto for the first goal and Pique was tested by a ball over the top which he got to first but cleared straight to Oscar Rodriguez who scored.

Roberto can be a weak link defensively but he is out injured at the moment.

Barcelona don’t play the high line they way they used to.

But they have also lost that ability to swarm around teams once they have been dispossessed winning possession quickly so there is more time to launch sweeping counter-attacks built on speed and good selection of pass – Betis did it brilliantly earlier in the season. 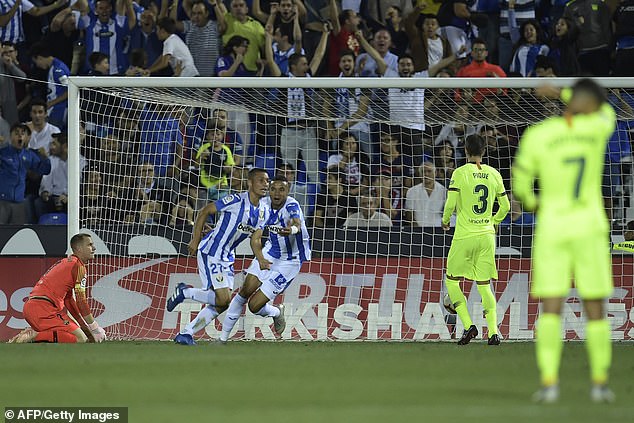 Real Betis played with a 3-5-2 (the same system employed by Leganes, the only other team to beat them this season) and the galloping wing-backs scored and created the two early Betis goals in what was a 4-3 defeat for Barcelona.

Both those first two goals are good examples of how much slower Barcelona are this season to respond to losing the ball.

Mauricio Pochettino will have shown his players the second Betis goal as a case in point.

The Betis attack starts down the left with Junior but his cross goes beyond everyone to the other side of the pitch where the right wing-back Cristian Tello runs on to it.

Despite this disruption to the counter attack there is still time for Tello to cross and Joaquin to finish with Barcelona midfielders trotting back into the area never looking like getting to Joaquin before he can finish. 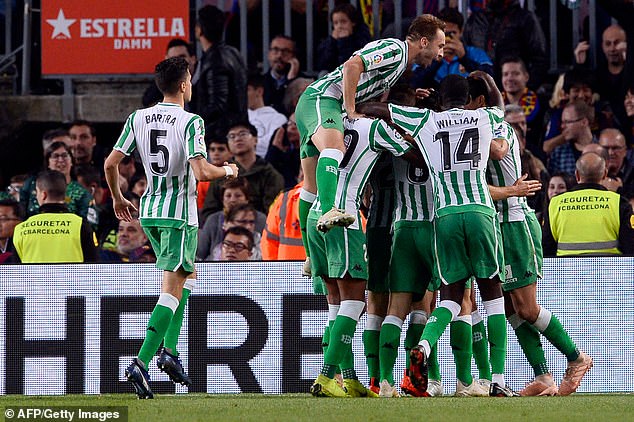 On Saturday’s showing he remains unstoppable.

It will be interesting to see whether Barcelona play with Munir El Haddadi in the team. If so, he will play at centre-forward and Messi can start on the right.

When Luis Suarez missed a run of games recently Messi went back to his old ‘false nine’ position and it wasn’t exactly rolling back the clock to 2009 when Pep Guardiola first played him there.

He looked uncomfortable, too easily crowded out. 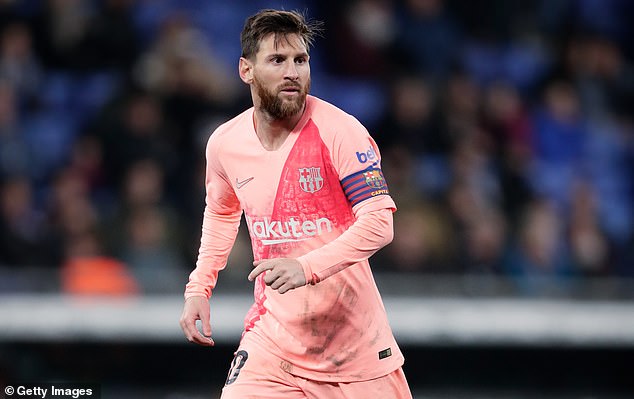 Despite being already through, Messi is set to play and is enjoying a rich vein of form right now

If Munir plays against Tottenham, Messi will be happy starting wide and making those slalom diagonal runs goalwards.

If there is a weakness around Messi these days it’s maybe that he is now less likely to be able to run from the halfway line going past an entire team on his own. He needs allies on the pitch more than ever before.

He has a telepathic understanding with Jordi Alba and if the Spain left back does play, Spurs will need to try to stop him playing his favourite diagonal ball out to Alba – it too often ends with Alba playing the ball back to Messi and Messi scoring so it needs to be stopped at source.

Another of the unknowns regarding Valverde’s team selection – the last time Ousmane Dembele missed training he was left out of the squad.

Dropping him has not worked so it maybe this time he is fined heavily and stays in the team.

He’s a completely unpredictable box of tricks. You cannot send him onto his weaker foot because he doesn’t have one.

You also don’t want him running in behind you. His lethargy when it comes to reacting to losing possession might be something else Spurs can profit from, though. 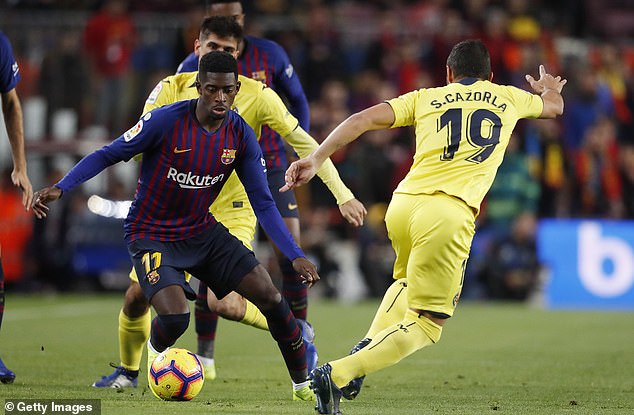