Melbourne hooker Brandon Smith is reportedly being investigated by the NRL for allegedly using a sexual slang term when he interrupted teammate Xavier Coates during an interview on Anzac Day.

Smith interjected with a Pidgin English slang word while Coates was being interviewed by the Storm on the sidelines after the club’s 70-10 victory over the New Zealand Warriors, according to the Sydney Morning Herald.

Coates was born in Papua New Guinea, where Tok Pisin – commonly known as New Guinea Pidgin – is widely spoken, and the term made him laugh.

The NRL hasn’t decided on what action it will take but a breach notice remains a possibility, the report states. 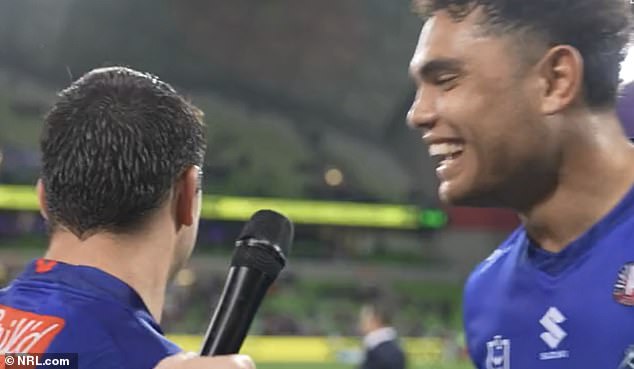 Coates – who was born in Papua New Guinea, where Pidgin is commonly spoken – appeared to laugh when Smith said the word

Smith has been in hot water several times recently.

Last September he and teammate Cameron Munster were swept up in a ‘white powder’ scandal when leaked videos showed them in a hotel room with a mystery white substance on a coffee table. Smith was seen sitting in front of the table with a rolled-up note and a card.

The pair and teammate Chris Lewis were all suspended for one game and hit with fines as a result.

The highly rated hooker then got in strife with his club when he opened up about the team’s drinking culture during an interview with the YKTR Sports podcast in November last year.

Smith said the club ‘had so many p**s ups’ and referred to Storm coach Craig Bellamy as an ‘older f***er’. 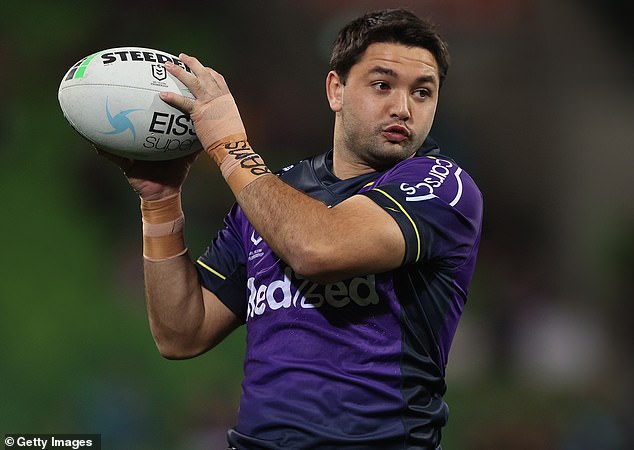 He’s one of the NRL’s best players, but Smith (pictured warming up for the round seven clash with the Warriors on Anzac Day) has been in trouble with the code and his club several times 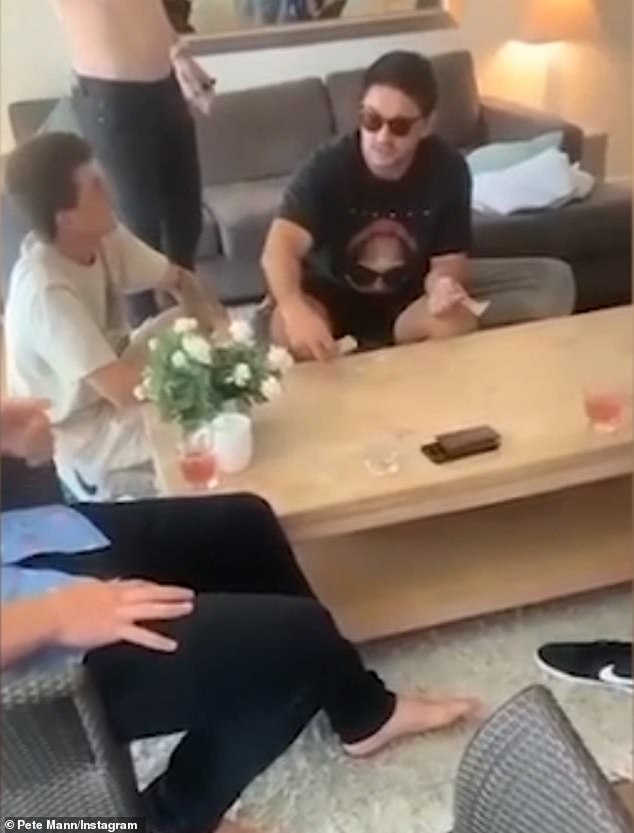 Last September Smith was caught in a leaked video showing him sitting at a table with a mystery white substance on it, holding a rolled-up note and a card

He also said he wants to win a premiership while wearing the Sydney Roosters jersey, despite not joining the side until 2023.

‘At the Storm, bro, drinking is a massive part of the culture,’ he said. 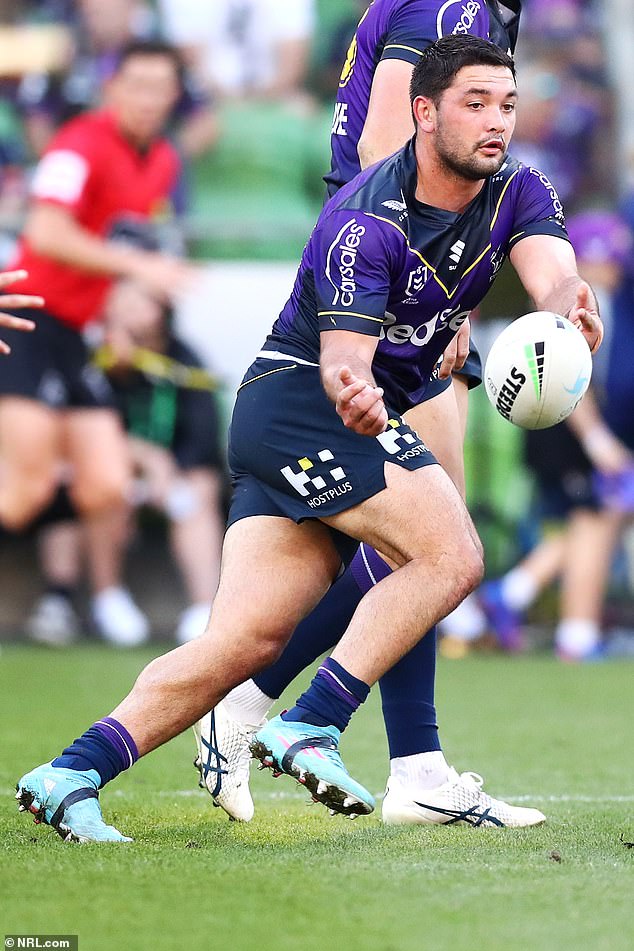 ‘We had beer pong competition at my house and Scott Drinkwater, we were playing beer pong, Dale (Finucane) was blind, and Scott kept pouring vodka into his beer cups and he drank a bottle of vodka in 32 minutes, like a whole bottle and he was so p***ed.

‘He doesn’t realise how strong he is, he grabs you and just manhandles you around and 20 minutes later he’s got his shoe and he’s spewing into his shoe.’

Smith apologised for the comments, and was slapped down by Bellamy and Melbourne football manager Frank Ponissi.

‘The drinking thing … we’ve been in the top four seven years straight, and that doesn’t happen if you’re a team of drunks,’ Bellamy said.

In round two this year Smith was accused of mocking Souths star Latrell Mitchell by impersonating his field goal celebration after the Storm’s golden-point win, despite not playing in the game due to injury.