Stormy Daniels doubles down on feud with her ‘chain smoking’ mother

Stormy Daniels’ mother Sheila Gregory, 64, has made no secret of their feud since her daughter took on the president publicly

Stormy Daniels reignited her feud with her mother and shared details of her relationship with her young daughter as part of a wide ranging interview with Vogue.

In the interview that was published online on Tuesday, she hit back at Sheila Gregory, her 64-year-old estranged mother who she said ‘chain smoked’ when she was younger.

Daniels, 39, said she never felt like she belonged in her family growing up in Baton Rouge, Louisiana, and used to joke that she had been put up for adoption by a rich family.

‘They can’t be my real parents,’ she said she remembered thinking.

‘Like, my mom lives in a house that has a boat in the front yard that hasn’t seen water since 1982, and she’s content to just sit there and chain-smoke, and I just couldn’t be like that,’ she said.

She went on to say meals in her home sometimes consisted of ‘Hi-C, the punch. And Vienna Sausage on saltines’.

To this day, she shudders at the smell of Cool Ranch Doritos because it is what her mother ate, she said.

Her father left when she was a child. Daniels described him as being more ‘neglectful’ than abusive.

She also reflected on how her public fight with the president and his lawyer has impacted her seven-year-old daughter. 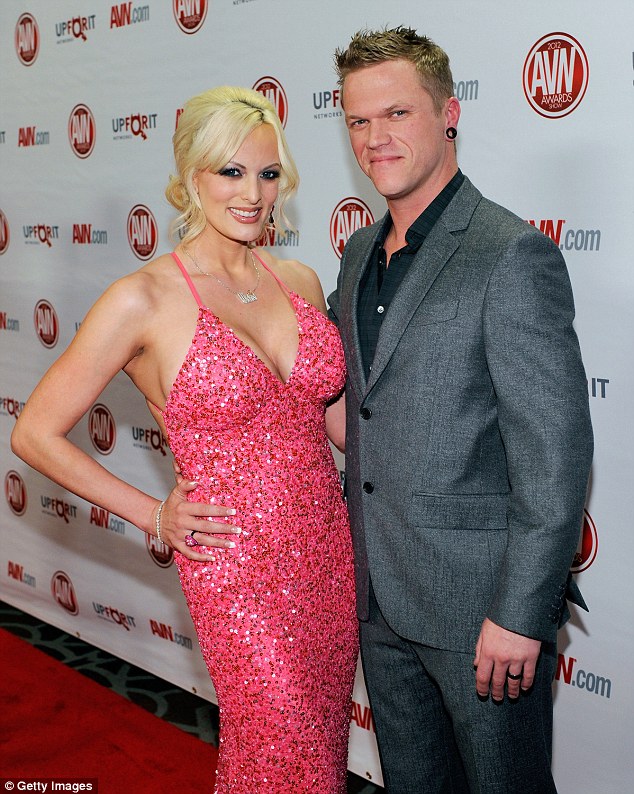 Daniels and her third husband Glendon Crain are in the midst of a divorce. They are pictured in 2012

‘She knows that people date and do this and that, and she knows that Trump is somebody I hung out with or knew three years before I even met her dad, so that’s all fine.

The child is being looked after by her father Glendon Crain in Dallas, Texas. He accused Daniels of infidelity when he filed for divorce earlier this year.

At first, Crain asked for sole custody but the former couple has now agreed to share it.

She now speaks to her daughter via FaceTime but must wait for when the little girl is expecting her call, she said.

‘If I contact her, it makes her sad, so I just kind of have to wait until she wants to talk to me,’ she said.

Daniels told Vogue she was committed to getting along with her ex for the sake of the child.

‘I’m very happy we have put our issues behind us and are moving forward with raising our beautiful daughter,’ she said. 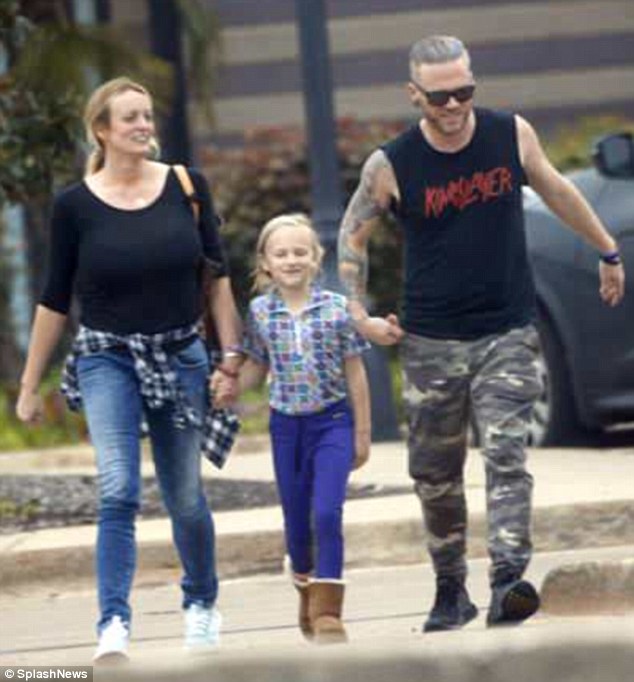 Daniels’ mother has given multiple interviews since she launched her crusade against the president who paid her $130,000 to keep quiet about their alleged 2006 encounter while he ran for president in 2016.

In some of the interviews she has given, Gregory has said she wished her daughter had pursued a romantic relationship with the president and married him.

At the time of his alleged encounter with Daniels, he had been married to the first lady for a year and she had recently given birth to their son Barron.

Trump maintains he never slept with Daniels. They were photographed together at the Lake Tahoe golf tournament where they met but he says nothing else happened.

Cohen, his former lawyer, last week admitted to prosecutors that he paid Daniels the money.

He claims he made a similar arrangement with former playmate Karen McDougal and claims Trump instructed him to make both of the payments, a claim the president denies. 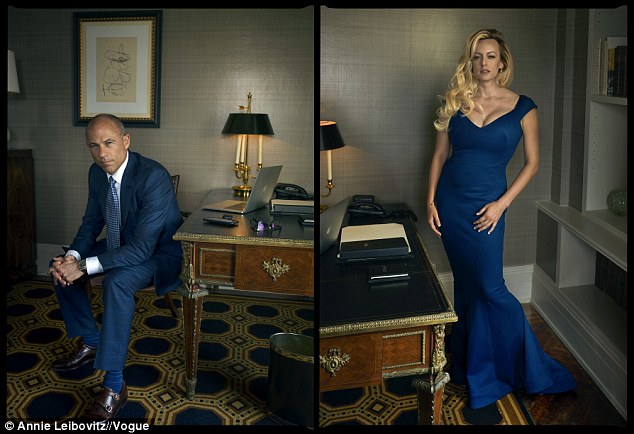