Stormy Daniels opens up about her life growing up

Daniels, whose real name is Stephanie Clifford, grew up in a rough neighborhood in Baton Rouge, Louisiana – where she developed a passion for riding horses and writing.

The bubbly blonde entertainer and mother-of-one, spoke over the phone about her background with The New York Times, ahead of the 60 Minutes airing.

‘At first I thought I wanted to be a journalist,’ Daniels explained, while expressing her love for animals and a possible career in veterinary work growing up.

Trump’s alleged ex-mistress, Stormy Daniels, opened up about her background. She is pictured in Las Vegas above in June 2006 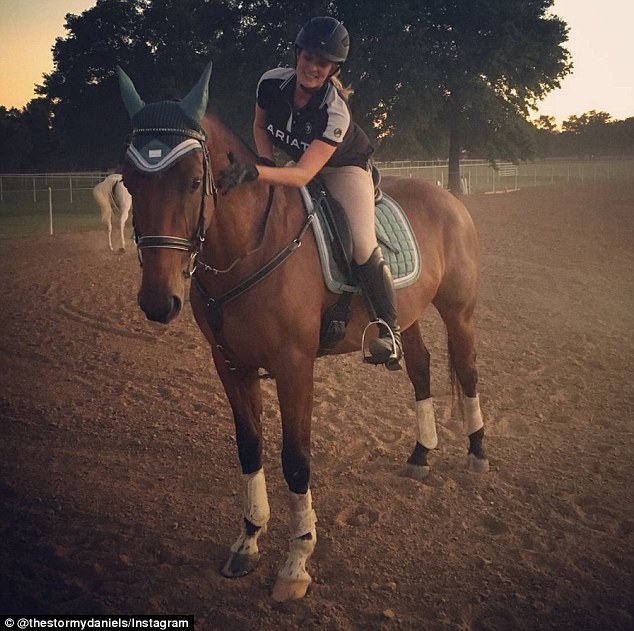 Daniels is passionate about animals, and more particularly, horses. She is seen above riding one in this Instagram photo 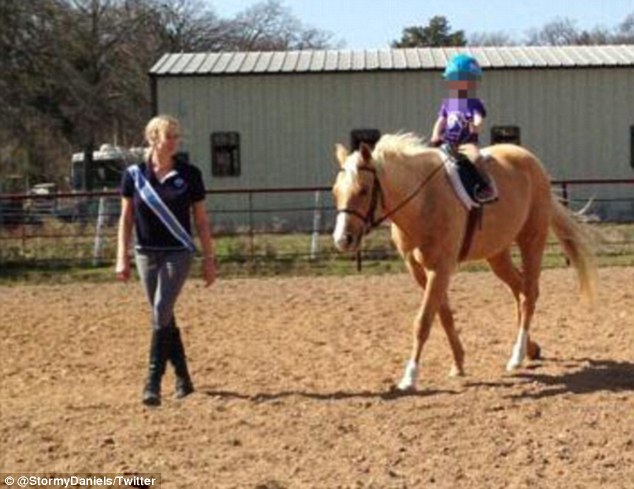 Daniels, who has described herself as ‘smart’ on social media, is also remembered as ‘serious’ and ‘unobtrusive’ from her earlier years, according to her former colleagues.

She continues to compete in equestrian shows, which she takes very personally, one of her trainers, Dominic Schramm, told the Times.

‘She does well,’ Schramm said of her hobby riding horses. ‘She can be quite hard on herself.’ 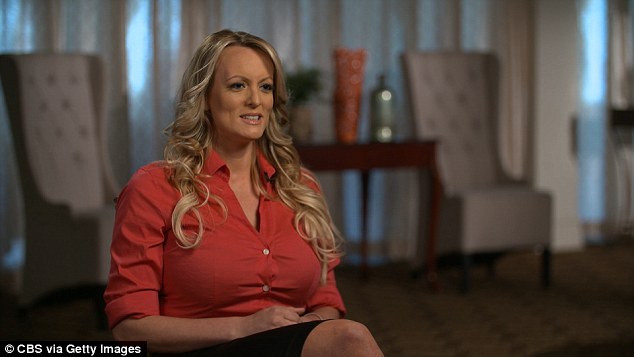 Daniels is seen in her interview with Anderson Cooper, to be broadcast on 60 MINUTES Sunday, March 25 on the CBS Television Network 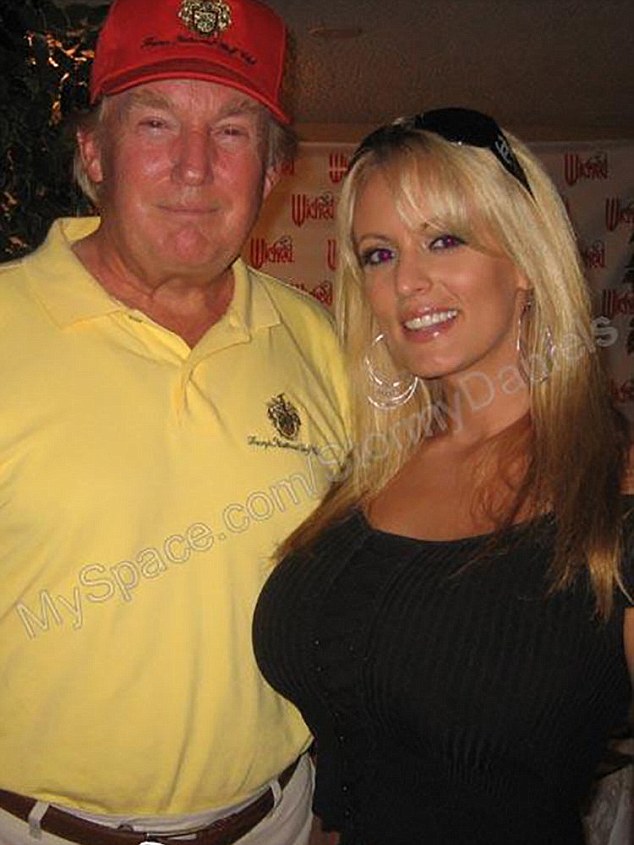 And trainer Packy McGaughan said: ‘She blends right in… a pretty girl riding a horse.’

While Daniels didn’t follow the career paths she once envisioned, she has stayed true to herself.

At her 10-year high school reunion, Daniels sported a smile and spoke proudly to her childhood schoolmates, telling the Times that ‘everybody already knew’ about her adult film job. 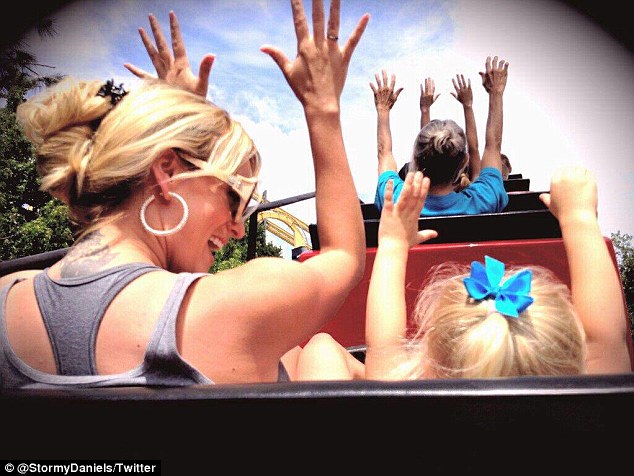 Daniels’ husband and daughter have stayed out of the limelight in the wake of her legal storm with President Trump.

Daniels, 39, reportedly accepted $130,000 in ‘hush money’ from Trump over their alleged romp session prior to the 2016 election.

She apparently told Trump and his personal lawyer she would return the money in full after she made the alleged affair public.

She explained details about her lawsuit and quest to refund the sum in a statement seen on her Crowd Justice page.

‘I recently made an offer to return the $130,000 I was previously paid if it was agreed that I could simply tell the truth publicly. Mr. Trump and Mr. Cohen did not even bother to respond,’ Daniels wrote.

A normally-chatty Trump has kept quiet about the ordeal. He previously denied all allegations about the extramarital affair.

The spotlight has recently has shifted over to another woman – Karen McDougal – a former Playboy Playmate who claimed to CNN she and Trump had sex on their first date back in 2006.

McDougal, 46, alleged she went home sobbing after Trump offered her cash in exchange. 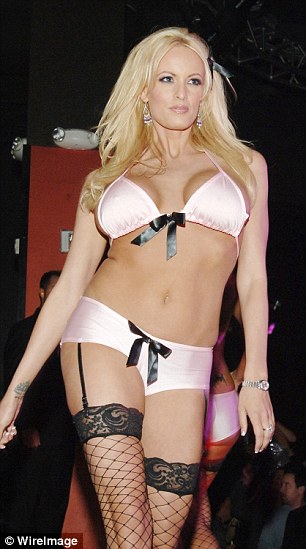 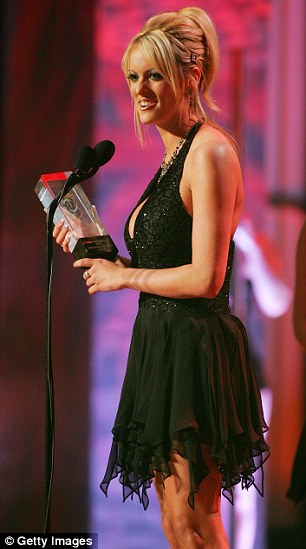 Daniels, 39, has reportedly had accepted $130,000 in ‘hush money’ from Trump over their alleged romp session prior to the 2016 election. She is pictured right in Las Vegas in 2006