The 39-year-old said on Wednesday that she is considering parting ways with her lawyer.

In a statement first obtained by the Daily Beast, Daniels accused Avenatti of launching a crowd fundraising effort without her permission and said he hasn’t treated her with respect.

‘For months I’ve asked Michael Avenatti to give me accounting information about the fund my supporters so generously donated to for my safety and legal defense. He has repeatedly ignored those requests,’ she said.

‘Days ago I demanded again, repeatedly, that he tell me how the money was being spent and how much was left. Instead of answering me, without my permission or even my knowledge Michael launched another crowdfunding campaign to raise money on my behalf. I learned about it on Twitter.’

Daniels went on to say that she hasn’t decided what to do about legal representation moving forward.

‘Michael has been a great advocate in many ways. I’m tremendously grateful to him for aggressively representing me in my fight to regain my voice. But in other ways Michael has not treated me with the respect and deference an attorney should show to a client,’ she said.

Daniels is currently represented by Avenatti in two separate cases.

One is a defamation lawsuit against Trump that Avenatti is appealing after it was dismissed by a judge in October.

The other seeks to end a 2016 nondisclosure agreement that Daniels signed prior to the election to prevent her from discussing an alleged affair she had with Trump in 2006.

‘My goal is the same as it has always been – to stand up for myself and take back my voice after being bullied and intimidated by President Trump and his minions,’ Daniels said. 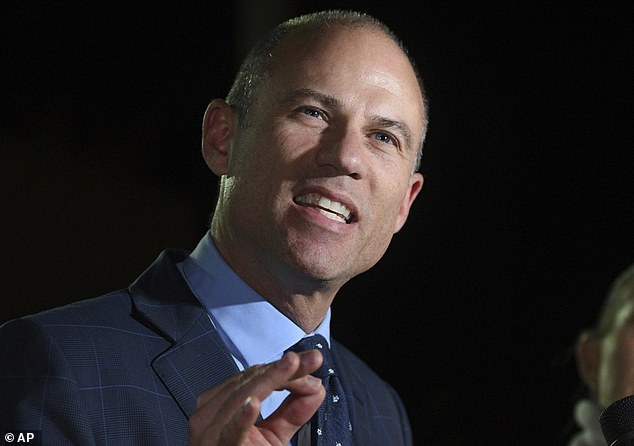 ‘One way or another I’m going to continue in that fight, and I want everyone who has stood by me to know how profoundly grateful I am for their support.’

In his own statement, Avenatti said he has always been Stormy’s biggest champion.

‘I have personally sacrificed an enormous amount of money, time and energy toward assisting her because I believe in her. I have always been an open book with Stormy as to all aspects of her cases and she knows that,’ he said.

‘The retention agreement Stormy signed back in February provided that she would pay me $100.00 and that any and all other monies raised via a legal fund would go toward my legal fees and costs.

Instead, the vast majority of the money raised has gone toward her security expenses and similar other expenses. The most recent campaign was simply a refresh of the prior campaign, designed to help defray some of Stormy’s expenses.’

Avenatti, who has hinted that he might run for president in 2020 as a Democrat, was arrested in Los Angeles earlier this month on suspicion of domestic violence.