The London-born performer was playing poker with friends using a custom-made table. 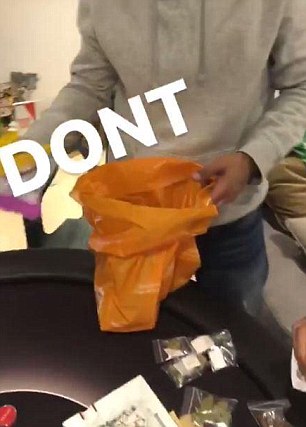 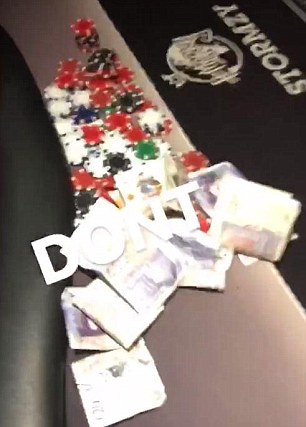 However, on the table, the video appeared to show several small plastic bags.

None of the people at the party, including Stormzy, appeared to be touching or consuming anything inside the bags.

An insider told The Sun: ‘Stormzy’s house parties are legendary within his close circle.

‘None of this footage will come as a surprise to Maya. She knows what goes on.’ 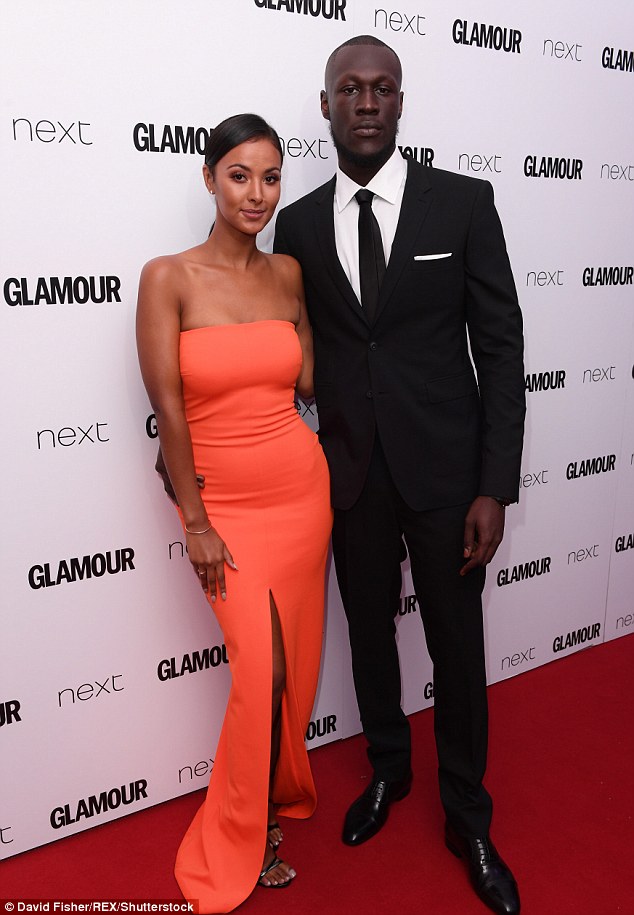 Stormzy’s girlfriend Maya Jama recently moved out of his apartment due to the late night parties. A source said: None of this footage will come as a surprise to Maya’ 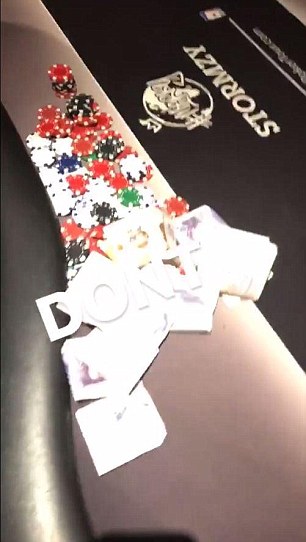 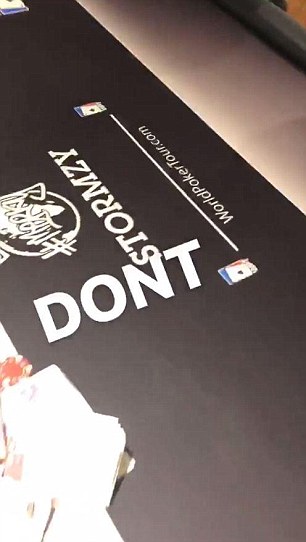 The talented performer has a personalised poker table in his apartment in Chelsea, London

Earlier this month it was reported his girlfriend Maya Jama recently moved out of his apartment due to the late night parties.

A source told The Sun that Ms Maya decided to move out as she barely sees Stormzy – real name Michael Omari Owuo, Jr – due to his partying lifestyle.

The source said: ‘Maya and Stormzy are splitting up and she wants to move out.

‘She has been ringing estate agents, and her reps and friends have been looking at flats for her.

‘They barely see each other because of work, and the flat is full of his mates playing Xbox, smoking and ordering takeaways at all hours.’

In February 2018, Stormzy won Best Album of the Year and Best Male Solo Artist at the Brits.

When collecting his award, the singer criticised the Prime Minister. He said: ‘Yo Theresa May, where’s the money for Grenfell? Do you think we’ve just forgotten about Grenfell? You criminals!’

In June 2017, Stormzy joined artists including Craig David, Liam Payne and Leona Lewis in recording a single designed to raise money for the victims of the Grenfell Tower fire.

MailOnline has approached Stormzy’s management for a statement.