A group of university students have captured the adorable moment a stranded koala was rescued from a raging river using a canoe.

Several La Trobe University Outdoor and Environmental Education students came across the marsupial at Ulupna Island, in the Murray River, on Sunday at the end of their three-day outdoor trip.

They believe the koala had been left stranded there for days before the students found it on a tree top during lunchtime while canoeing on the river. 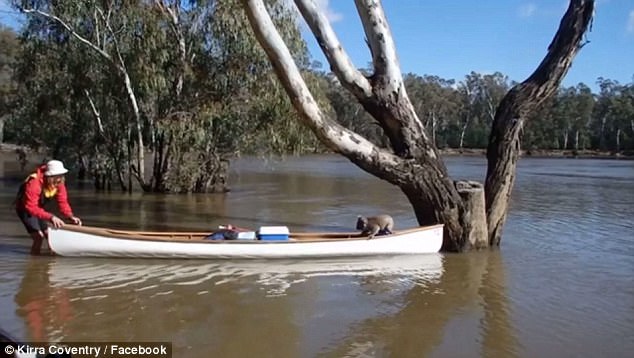 Matt, a student with La Trobe University, is seen helping the koala to safety by using a canoe

Kirra Coventry, who recorded footage, told Daily Mail Australia they believed the koala became stranded after water levels in the river rose too fast for it to come down to safety.

‘It could have been up there for days.

‘My friend Matt was paddling when he began to noticed this koala, it looked like it wanted to jump in and so we slowed down our boats.

‘It was as though we could see the whole thought process, that it wanted to jump so much onto our canoe,’ she said laughing.

She said the rescue mission was over in five minutes and the koala was sent to the nearby shore.

‘It sat there for five to ten minutes before wandering off again,’ she said.

Ms Coventry posted the rescue video onto her personal Facebook page and said that it had been a hit with her friends.

The same video was also re-posted by Bendigo SES, a group which she volunteers for during her spare time. 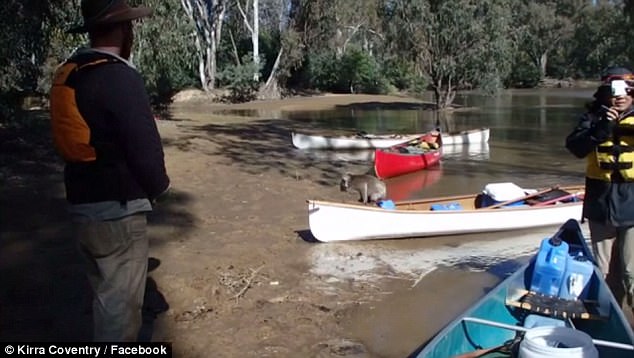 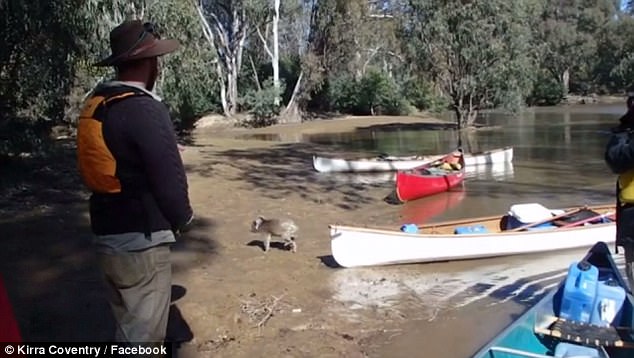