Grammar school teacher Alison Sonnex became violently ill after she and her husband noticed a ‘strong smell’ in their room.

Her death in April mirrors those of Susan and John Cooper who collapsed at their Thomas Cook hotel just over a week ago after reports of a ‘strange odour’.

All three deaths were blamed on natural causes by the Egyptian authorities.

But Thomas Cook said the Coopers’ deaths were ‘unexplained’ and launched a dramatic evacuation of the five-star Steigenberger Aqua Magic Hotel in Hurghada, with 300 British guests either flown home or switched to other hotels.

Alison Sonnex who died on a Thomas Cook. her husband Clive Eversfield said she was perfectly healthy before her death

Second autopsies are being conducted on the Coopers after their daughter said her parents had been in good health and ‘something suspicious has gone on’.

Now the Mail can reveal that ‘fit and healthy’ Mrs Sonnex, 54, also died in strange circumstances during her Thomas Cook holiday to the Red Sea resort of Marsa Alam in April. The languages teacher and her husband Clive Eversfield both fell ill with vomiting and diarrhoea in their room at the five-star Royal Tulip Hotel.

Mrs Sonnex collapsed the next morning, April 12, and was taken to hospital where she died. Her death was recorded as ‘heart failure’ by the Egyptian authorities.

But Mr Eversfield, 59, said: ‘I do not accept that my wife died of natural causes. She was only 54 and fit and healthy – there is no reason why she should have died.

‘We both fell horrendously ill and we don’t know what caused it. I think there was something in that room that caused us to fall ill.’

Engineer Mr Eversfield, from Ramsgate, Kent, said that when he read about the Coopers’ deaths – and their daughter Kelly Ormerod reporting a ‘strange odour’ in their room – he feared a cover-up.

The Cooper family, from Burnley, were on a Thomas Cook holiday when Mr Cooper, 69, died in his room and Mrs Cooper, 63, died several hours later after being rushed to hospital.

Mr Eversfield said yesterday: ‘I was stunned when I read about the couple – there were so many similarities in what happened to us.

‘I feel like what happened when my wife died is being covered up in some way, as appears to be happening now with this case.

‘It is not a one-off. Three people, who their relatives believed were fit and healthy, have died. There are several common denominators – something is clearly wrong.’ Mr Eversfield claimed that towards the end of his week-long holiday, he noticed an odour in his room after two neighbouring rooms were ‘sealed off’ with masking tape.

The grandfather said: ‘We thought that was strange and then started to smell a strong smell like bleach or something in our room.’ 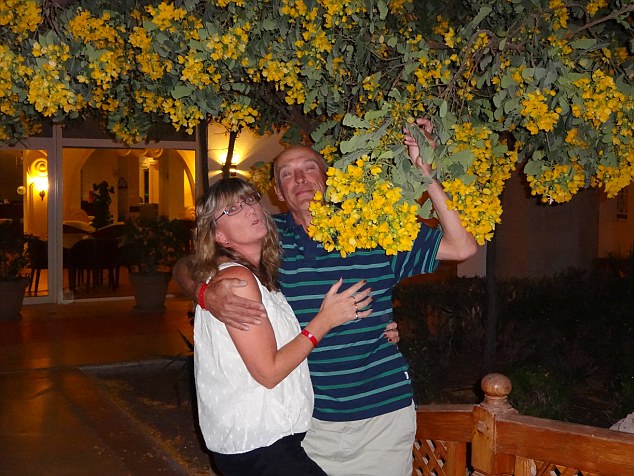 The next day the couple enjoyed the final day of their holiday, then ate at the hotel buffet before retiring to their room to prepare for their flight the following morning.

‘At about 1am we started to feel really sick. We were up through the early hours with projectile vomiting and diarrhoea,’ he said.

Desperate to get home, the couple prepared to check out but Mrs Sonnex collapsed and they were rushed to hospital. They were placed on drips but 30 minutes later Mrs Sonnex fell unconscious and was rushed to intensive care.

‘I was left in the room on a drip. Someone came in two hours later and told me my wife had died,’ said father-of-three Mr Eversfield, who recovered after three days.

Mrs Sonnex, who had taught languages at Dane Court grammar school in Broadstairs since 1995, was described as popular teacher and loving stepmother. 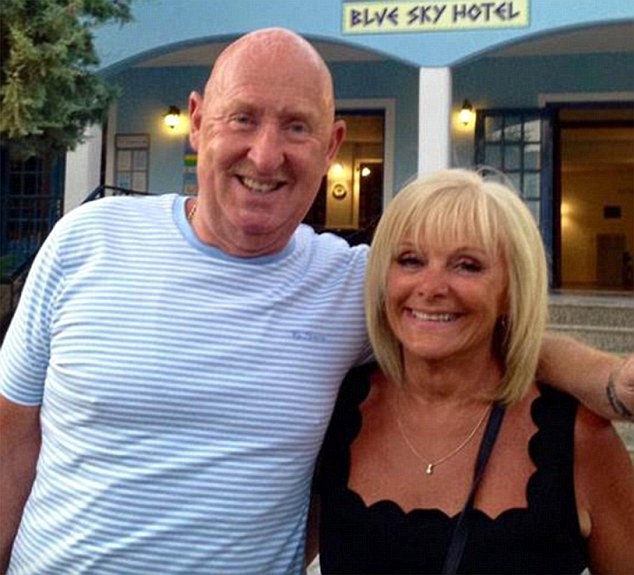 Susan Cooper, 64, and her husband John Cooper, 69 (pictured together), were on holiday at the Steigenberger Aqua Magic hotel in the Red Sea resort town of Hurghada when they died

At an opening inquest in June, the UK post-mortem results gave the cause of her death as unascertained. A full inquest will be held in September. Yesterday it was claimed that two guests evacuated from the Coopers’ hotel had shigella, a contagious cause of food poisoning said to kill hundreds of thousands a year worldwide.

Thomas Cook said Mrs Sonnex’s death ‘was registered as natural causes and we are fully supporting the coroner who is investigating’.

The holiday firm is still investigating the hotel where the Coopers fell ill, carrying out tests on food, water supplies and air conditioning units after several other guests reported feeling unwell.