Jerry Christopher Drane (pictured), 31, was arrested on March 1 and charged with felony criminal trespassing after police responded to a burglary call

An Arizona man was arrested after he was discovered cooking tortillas and soup in an apartment belonging to two women he didn’t even know.

Jerry Christopher Drane, 31, was arrested March 1 and charged with felony criminal trespassing after police responded to a call at 7:17 p.m. in the Maryvale Village neighborhood of Phoenix.

One of the apartment dwellers told police she was asleep in her bedroom when the smell of something burning woke her up.

She walked into the kitchen and found Drane cooking tortillas on her electric stove.

The startled woman alerted her female roommate, Alex Herron, and both women yelled at Drane, demanding that he leave.

‘I said to the man that you can take the food, whatever food you’re making. Can you please leave?’ Herron, who is hearing impaired, told Fox 10 News.

Drane responded by taking a can of soup with him as he left before eating it on balcony in front of the apartment.

Responding officers said Drane struggled to stand without swaying when they arrived, according to court documents. 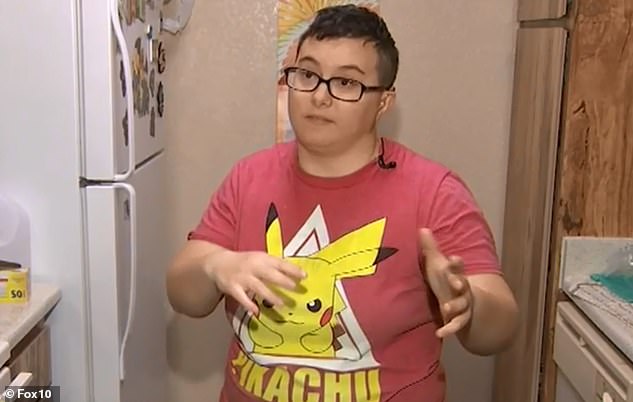 His eyes were watery and bloodshot. His speech was slurred, and the stench of alcohol lingered on his breath even when he appeared in court some time later.

‘Frankly, sir, I can still smell alcohol on you right now, someone who got really wildly intoxicated, went into somebody else’s house and scared them half to death’ a presiding judge said to Drane.

The suspect told police he did not remember any of it.

When officers asked Drane where he thought he was and who he was trying to see, he reportedly refused to answer, saying he didn’t want people he knew to ‘catch flak for this’. 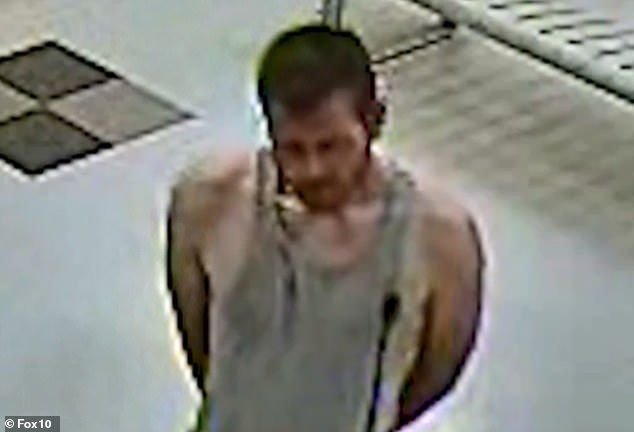 Court documents show Drane was later released, on the condition that he stops drinking and stays away from the apartment complex where he was arrested

Herron said she is still wary after the ordeal, but there was at least one silver lining.

She said: ‘I was planning to get rid of that can of soup, because I don’t like the chowder anyway, but he ate it for me so! thank you for getting rid of it for me!”