A stray dog was found keeping a litter of five kittens alive by cuddling the newborns, who had been abandoned in the snow on a freezing cold night in Canada.

A passerby who spotted the dog and kittens alerted the Pet and Wildlife Rescue shelter in Chatham-Kent, Ontario, who rushed to the scene.

After warming up the animals in the shelter, staff decided to name the dog Serenity.

‘Our stray sweetheart is keeping her “babies” safe at the shelter tonight!’ the rescuers said in a Facebook post.

Serenity (left) looks over on a litter of kittens that she protected while they were left in the snow of Ontario, Canada 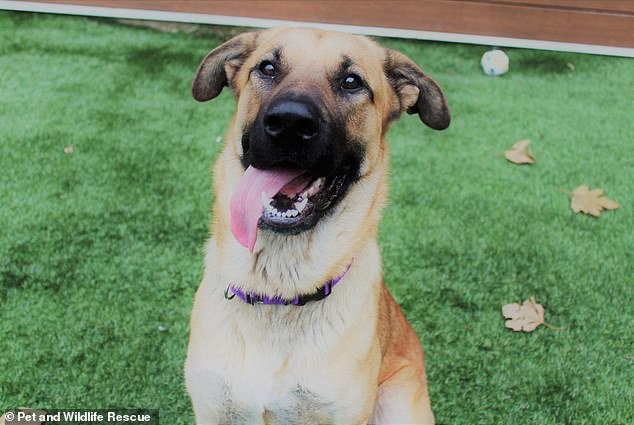 Serenity, a former stray dog, has gotten many adoption requests since her story of keeping kittens warm in the cold and snow got worldwide attention

Shelter workers claim Serenity, who is approximately 2-years-old, has received many adoption requests since her heroics came to light. Once spayed on December 3, she’ll be ready for a forever home.

Pet and Wildlife’s Facebook page says someone is fostering the kittens, as they are too young for adoption, and they are receiving the usual treatment for flea and worm infestations, Fox29 reports.

Even though Serenity checks on her cat ‘family’ often, she’ll not go home with the kittens. 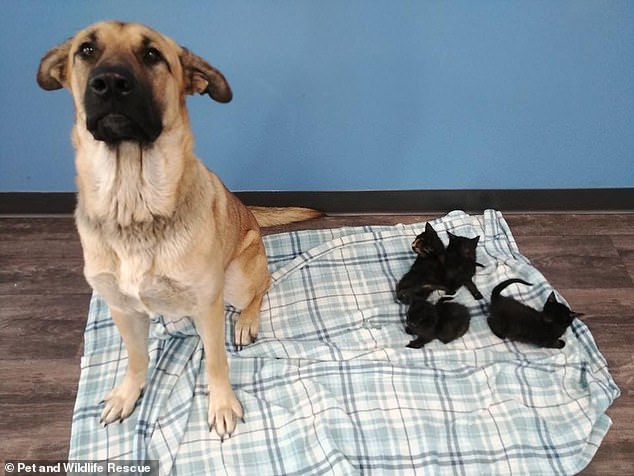 Serenity (left) poses with ‘her’ kittens, who were left in the snow, but she protected them with her body until help arrived 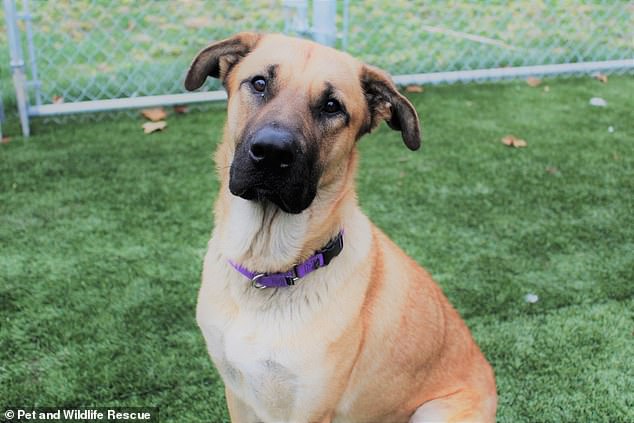 Serenity, who has the energy of a toddler, can expect to be adopted after December 3

‘The shelter staff is concerned about getting backlash for not adopting me out with the kittens that I was found with. If they waited for the kittens to be ready that would mean that I wouldn’t have my forever family for a couple of months,’ the shelter staff said on Facebook

‘At the end of the day, I am just happy that the kittens were found with me and are now resting peacefully in a warm foster home instead of outside in the cold.’

Serenity ‘said’ she has the energy of a toddler.

‘I love zooming around outside and will run circles around any person or object that is out in the yard with me. The shelter staff has been working on it, but I can be quite jumpy and need to be taught some manners,’ the shelter added.