By Allan Hall In Berlin for MailOnline

A treasure hunting German pensioner has discovered a lump of radioactive material the Nazis were using to build an atomic bomb during the Second World War, according to police sources.

Bernd Thälmann, 64, from Brandenburg, reportedly found the uranium-based object near to the site of a secret Third Reich factory that was destroyed by 16,000 RAF bombs.

When Thälmann found the clump of material last Friday he triggered a major safety alert and found himself at the centre of a criminal probe for the ‘illegal use of radioactive substances’.

A treasure hunting German pensioner has discovered a lump of radioactive material the Nazis were using to build an atomic bomb during the Second World War, according to police sources (Stock image)

Thälmann originally took the mysterious, metal-like lump back to his home.

Although it appeared to be metal it was not magnetic. As he researched it on the Internet he became alarmed and called the police.

Together with the fire brigade a cordon was thrown around his home and those of 15 neighbours.

In February this year documents unearthed in an archive suggested that Hitler may have tested an operational nuclear bomb before the end of the war.

A declassified file from the National Archives in Washington gave a detailed survey of how far Nazi scientists got in the development of an atomic bomb.

The wartime report concluded that Hitler’s boffins failed in the quest to achieve a breakthrough in nuclear technology – but that a documented test may have taken place of a rudimentary warhead in 1944.

The enriched uranium would have come from the Oranienburg works.

At the end of WWII, the Allied powers raced to capture the surviving Nazi personnel and research from their nuclear weapons programme.

It was packaged into a lead lined box and taken away. Experts say it was part of the Nazi atom bomb project that was dispersed into the countryside after one of the bombing raids to level the plant.

Thälmann has refused to tell police exactly where he found it because he intends to return to the site in future for further expeditions.

Prosecutors have not yet decided whether to press charges against him.

Police assume the material came from a destroyed WWII industrial plant near Oranienburg.

The industrial firm Auergesellschaft was founded in 1892 with headquarters in Berlin but its main plant was some 40 miles away .

It was bought by industrial business Degussa in 1934 – the manufacturers of the infamous Zyklon B gas which was used in the Holocaust to murder people in the death camps.

In 1939, its Oranienburg facility began the development of industrial-scale, high-purity uranium oxide production.

This was the location where Hitler’s scientists raced to develop the weapon that would win them the war.

After defeat and conquest in 1945, Soviet research teams, sent equipment, material, and staff from the plant to the Soviet Union for use in their own nuclear weapon project. 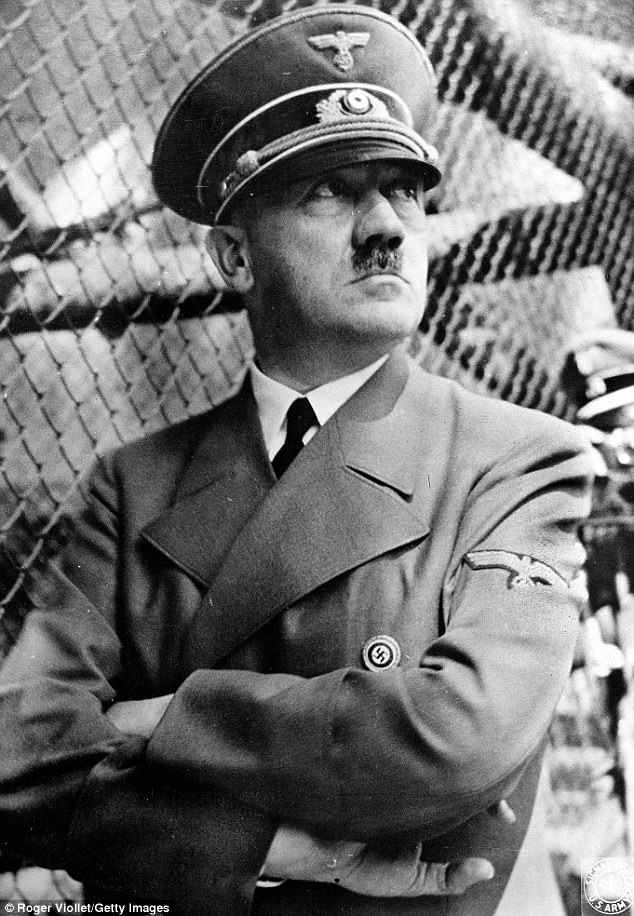