Streets of Miami reduced to a watery ghost town by Irma

The streets of Miami have been reduced to a watery ghost town, as the storm surge from Hurricane Irma pushed into the city.

The city’s normally bustling streets were all but abandoned on Sunday afternoon, when even the foolish and the brave retreated to higher ground as the waters swept over roadways.

Video from Miami showed the wind-lashed waters flooding apartment buildings along the canal, which cuts right through the heart of downtown.

Other images showed the city’s streets in a state of ghostly desertion, as the waters began to rise and wind-tossed debris posed a dangerous threat to anyone still in the area. 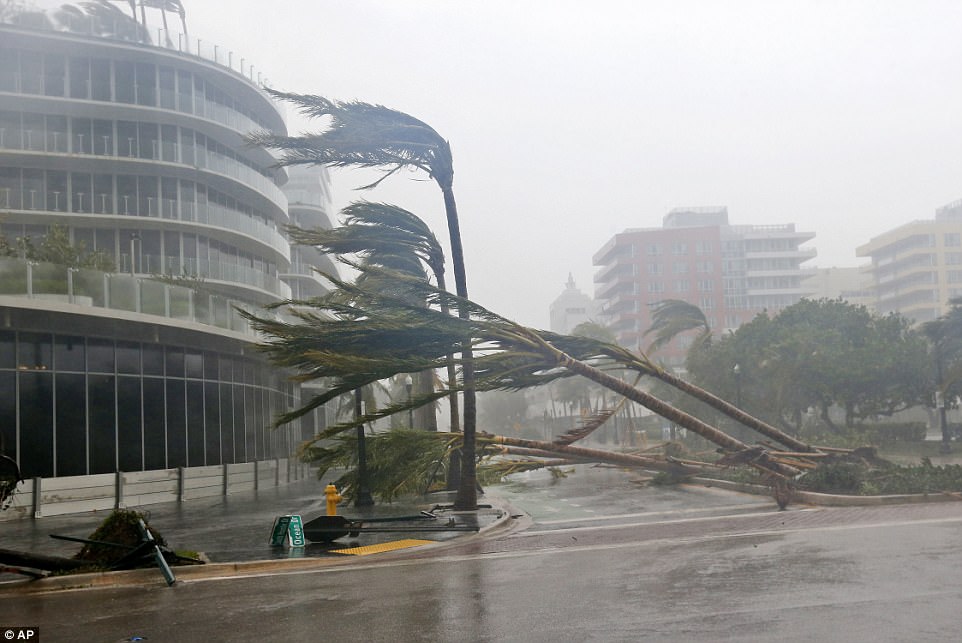 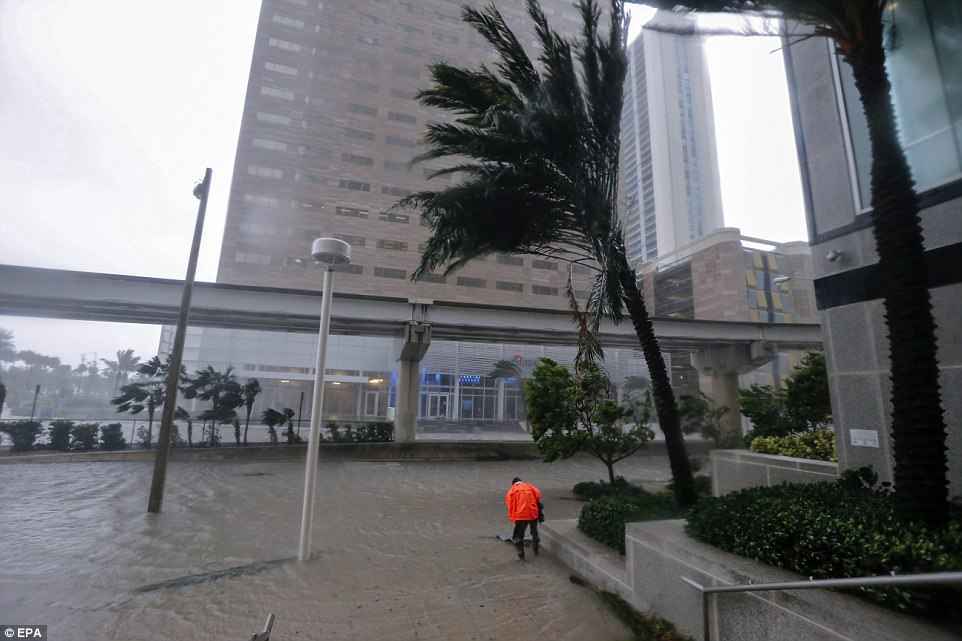 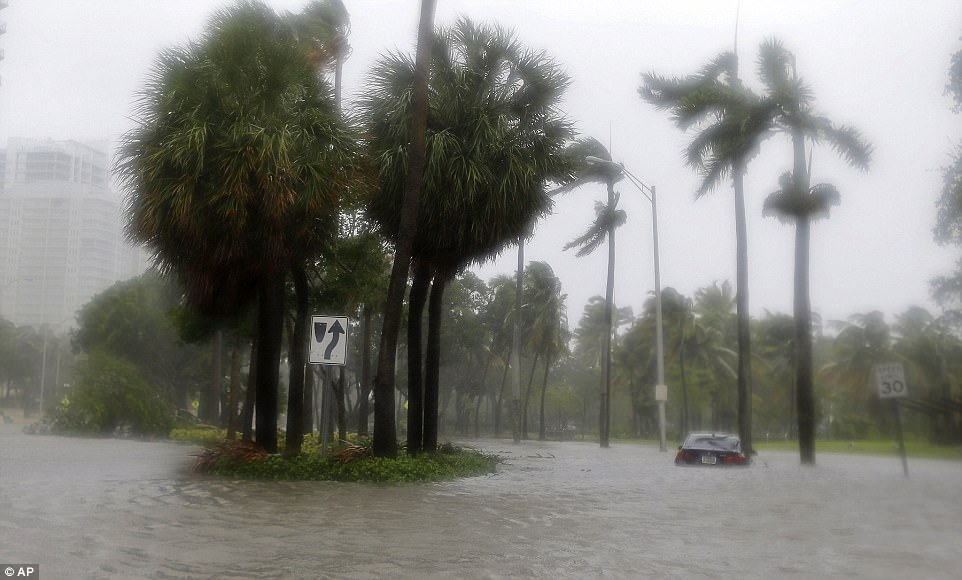 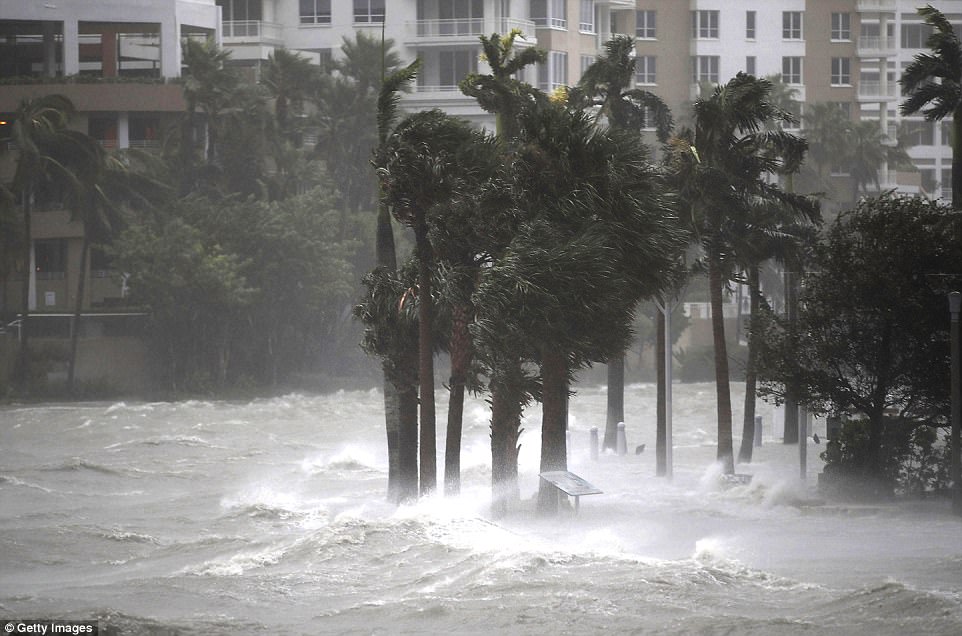 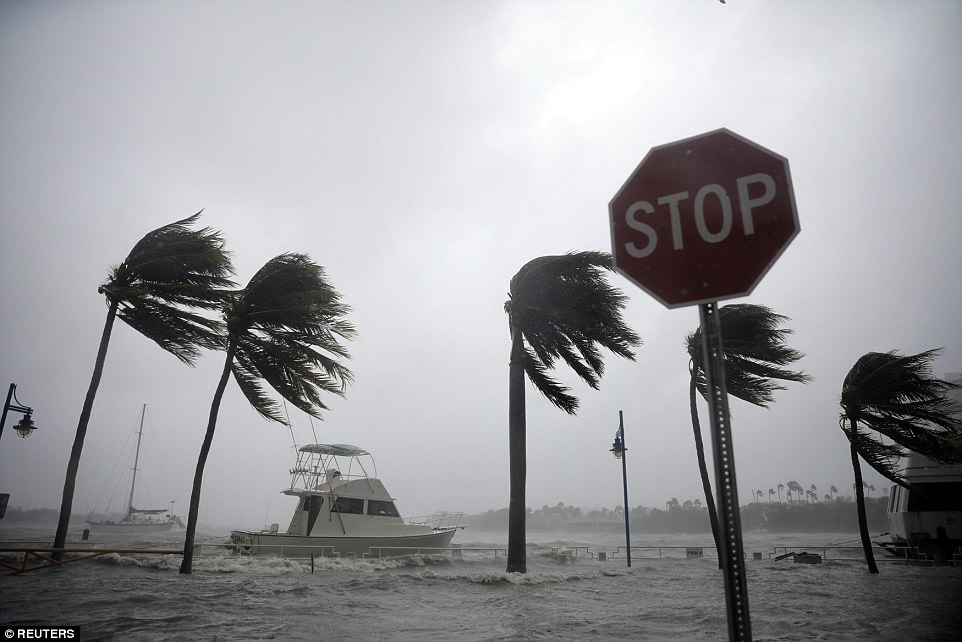 Boats are seen at a marina in Coconut Grove as Hurricane Irma arrives at south Florida, in Miami on Sunday

‘Potential impacts from the main surge event are also now unfolding across coastal Miami-Dade County,’ the National Weather Service said in a flash bulletin on Sunday. ‘Remain well away from life-threatening surge having additional significant to devastating impacts.’

At 2pm, Miami Beach officials said emergency services were suspended until winds drop below 40 mph, and no one will be allowed into the city until roads have been cleared.

The city will continue a mandatory 8pm curfew for the next two nights.

‘Pray, pray for everybody in Florida,’ Governor Rick Scott said on Fox News Sunday of Irma, which now has maximum sustained winds of 120mph.

Four people are confirmed dead since the storm made landfall in the US early Sunday morning. 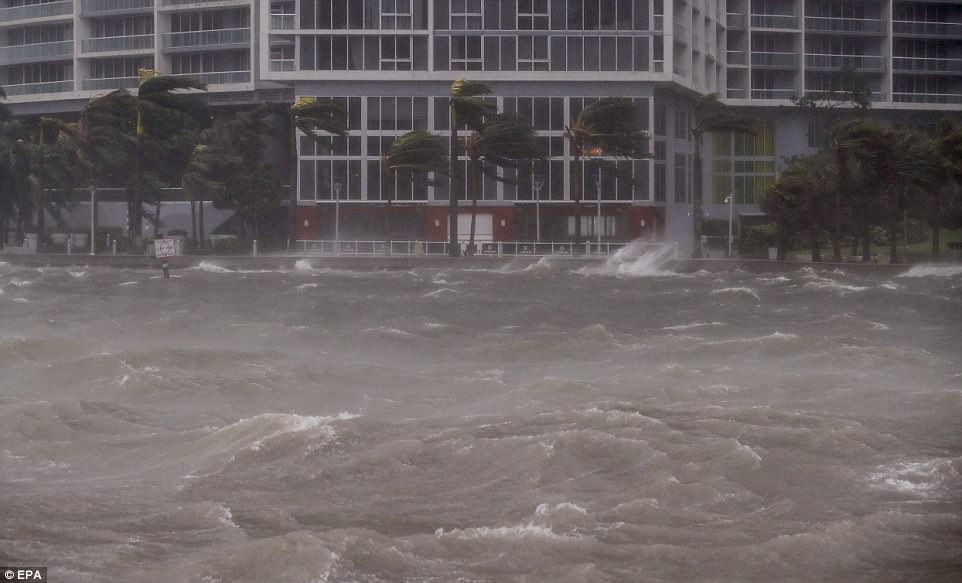 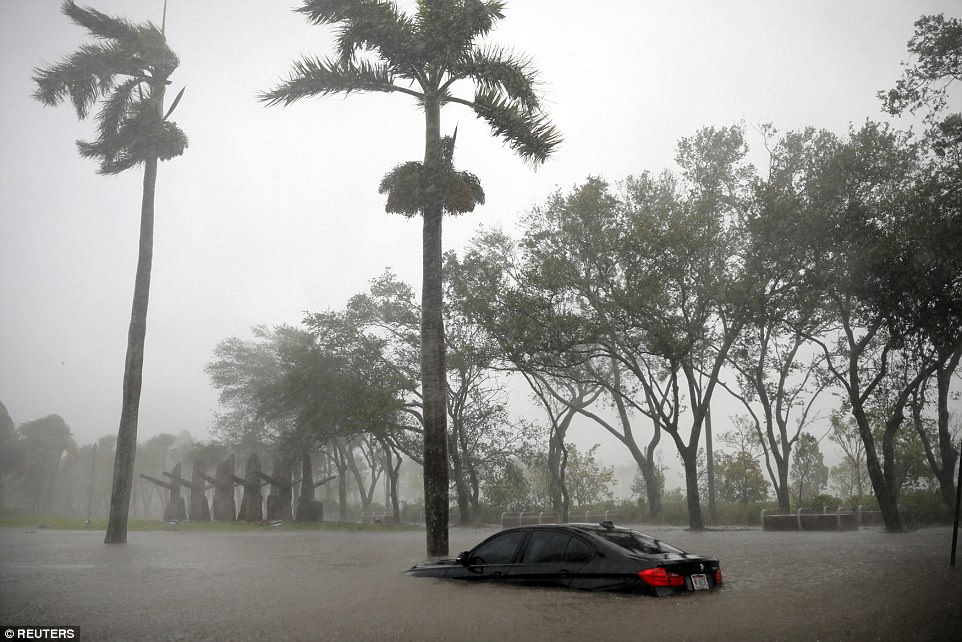 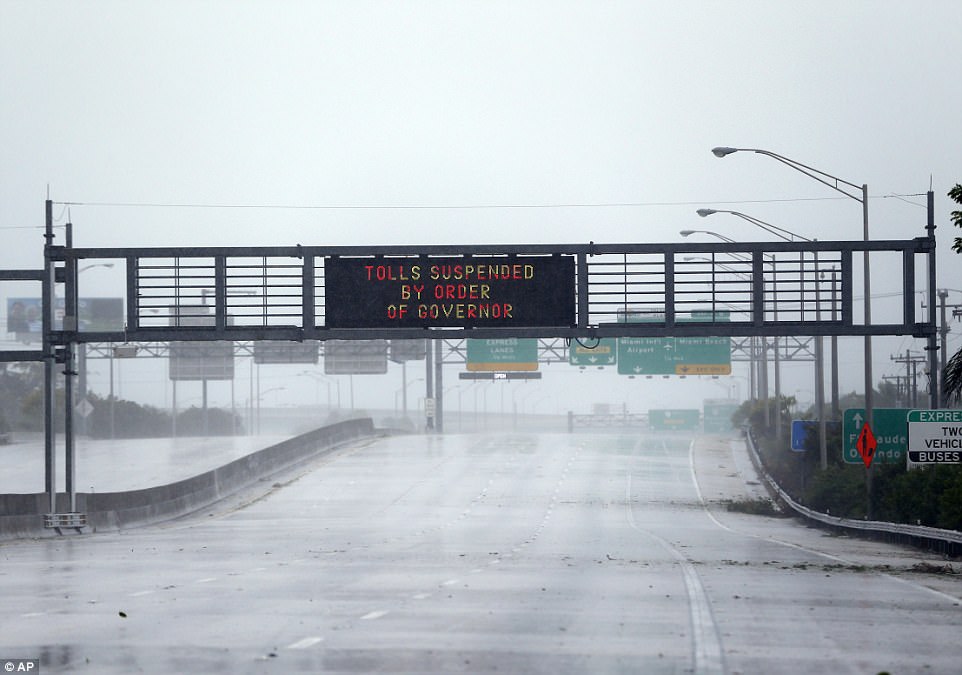 Interstate 95 Northbound is deserted as Hurricane Irma passes by. Anyone left is the city is urged to shelter in place