A twerking tarantula that belongs on the dance-floor shakes its abdomen in a show of stress as her owner tries to rehouse the egg carrying spider.

Moving side to side with its egg filled abdomen the pregnant spider seems to be twerking in amusing video taken by the spider’s owner as it waits to be re-housed in a plastic container.

The tarantula is a female Pamphobeteus vespertinus who was carrying eggs at the time of the video.

Her owner said the dance was due to the stress of waiting to be moved into a different home.

They said: ‘She was stressed because I was rehousing her, that’s why she’s twerking.’

Female spiders who are ‘gravid’, meaning carrying eggs, often grow larger around the abdomen and eat more than usual. 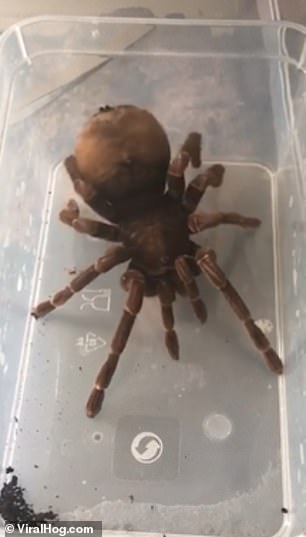 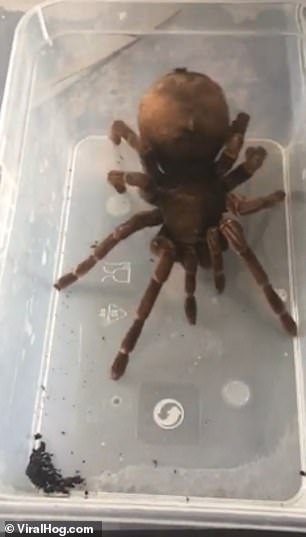 Shake it to the left, shake it to the right: The tarantula may look like she’s having a good time but in fact the twerking motion is more likely to be brought on by anxiety

The dancing spider, residing in Denmark, had become anxious after being removed from it’s usual home and put into a plastic food container.

Tarantulas are a quiet pet that doesn’t take up much space. However they don’t often like to be handled, which means they are not ideal pets for children.

Tarantulas can live eight to ten years and often shrink as they near the end of their life.