Strictly Come Dancing 2022: Helen Skelton lauded for her ‘phenomenal’ performance as she comes joint top place with Hamza Yassin while Tony Adams’ missteps cause him to come bottom of the leaderboard

Strictly Come Dancing’s fifth live show of the series hit BBC One on Saturday evening, with the 12 couples set to face the third public vote of the series.

The celebrities were forced to up their game as the show celebrated 100 years of the BBC with a special themed week, as the couples danced to some of the most loved tracks from the channels iconic programmes.

Helen Skelton was lauded for her ‘phenomenal’ performance as she came in joint top place with Hamza Yassin, with them both scoring an impressive 35 points, but sadly Tony Adams’ multiple missteps caused him to come in bottom place with 19.

Cameraman Hamza blew the judges away as he performed the Quickstep to Imagine Dragons hit song On Top of the World, to honour his work on natural history documentaries and love for mother nature.

Speaking ahead of the show, he said: ‘Saturday night, what can I say, I blinked, I opened by eyes and everyone was going bonkers there was some amazing comments from the judges.

‘I really want to do well in this dance just to show the rest of the world how much mother nature means to me. ‘ 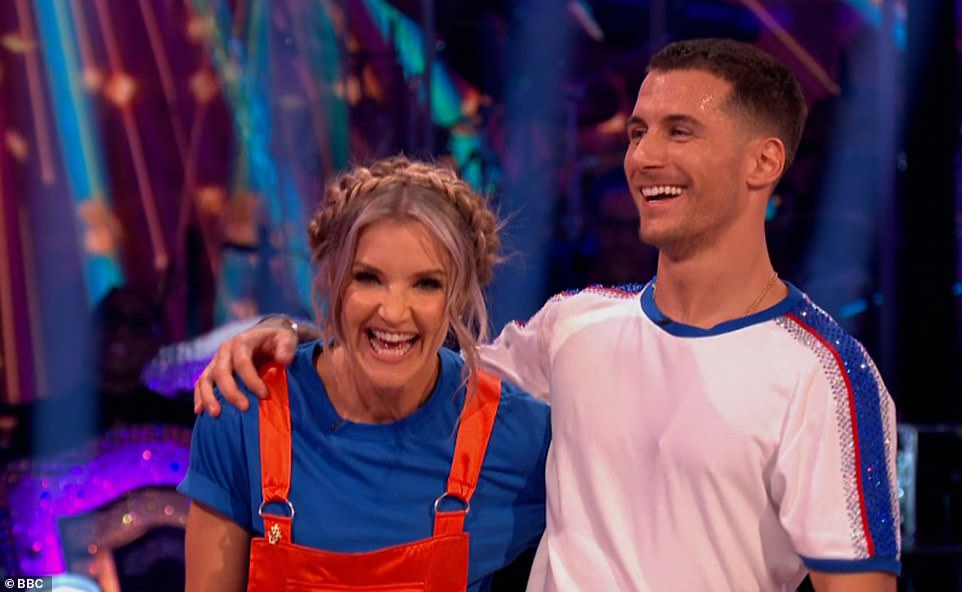 Helen Skelton also scored an impressive 35 points, as the couples danced to some of the most loved tracks from the channels iconic programmes

Alongside his professional partner Jowita Przystał, they transformed the ballroom into the Arctic for their amazing performance – they scored a total of 35.

Shirley Ballas gave the duo and standing ovation, while Anton Du Beke said it was her best dance yet and Motsi praised the ‘high level, high quality performance.’

Craig Revel Horwood echoed his fellow judges, adding: ‘This is the best I’ve seen you dance’ – they scored 35.

But unfortunately, some must come at the bottom of the leaderboard and this week it was Tony, who scored just 19 points for his Cha Cha Cha.

Strictly Come Dancing continues on BBC One at 6:45 pm on Sunday – when one more couple will be eliminated from the contest.