Last week Brian Conley, along with dance partner Susan Calman, became became the fourth contestant to be eliminated from the dance competition.

And on Saturday night the remaining contestants were seen getting into the swing of things as they opened the Halloween ‘Strictly Spooktacular’ special of Strictly Come Dancing.

Dressed in ghoulish ensembles, the show was introduced with the cast getting spooked during training, before they opened up with a dramatic Halloween scene in full Georgian-inspired costumes.

Strictly spooky! On Saturday night the remaining contestants were seen getting into the swing of things as they opened the Halloween special of Strictly Come Dancing

Meanwhile co-presenter Claudia Winkleman injected a touch of glitz in a sequin-encrusted black gown as the duo opened the much-anticipated show, with the help of AJ’s chic mum.

Opening the show was Jonnie Peacock, dressed a Jack Sparrow, and Oti Mabuse, who dance the Cha Cha to Troublemaker by Olly Murs. 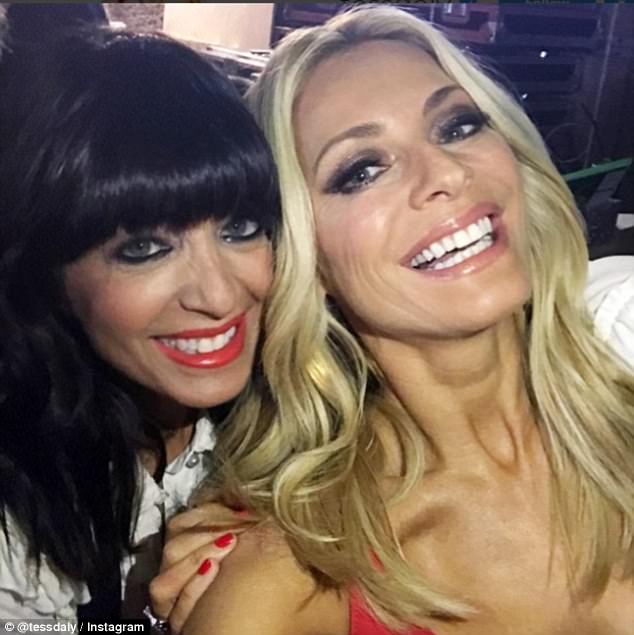 Unfortunately the performance was criticized for Jonnie’s ‘lack of hip action’, and the duo were awarded a modest score of 20.

Dressed as a witch- to the theme tune of Bewitched, Ruth Langsford, whose co-presenter and husband Eamon Holmes has been supporting her throughout the show, danced the ‘quivering’ Quickstep to Bewitched by Steve Lawrence and Anton ‘demonic’ Du Beke.

Last week Debbie McGee topped the leaderboard for the first time after a powerful rumba to Tracy Chapman’s Baby Can I Hold You which she dedicated to her late husband, magician Paul Daniels.

And this week she will take to the dance floor alongside Giovanni Pernice to perform the Charleston to Frankie by Sister Sledge.

Next up soap star Gemma Atkinson will dance the Jive to Ever Fallen in Love by The Buzzcocks with Aljaž Škorjanec.

Susan Calman and Kevin Clifton will dance the Foxtrot to Killer Queen by Queen.

Meanwhile Simon Rimmer and Karen Clifton will dance the Viennese Waltz to Delilah by Tom Jones.

And Aston Merrygold, who topped the leaderboard in the second week, will dance the Paso Doble to Smells Like Teen Spirit by Nirvana with Janette Manrara.

Joe McFadden & Katya Jones will dance the Foxtrot to Trouble by Coldplay.

Alexandra Burke, who was the first to top the leaderboard and has tributed Strictly for helping her get over the passing of her mother, will dance the Tango to Maneater by Nelly Furtado with Gorka Marquez.

The 56-year-old comedian was voted off after competing in the dance-off with Simon Rimmer.

After performing his jive to Tom Jones’ It’s Not Unusual for the second time, Brian struggled to impress the judges, who chose to send Simon through to next week.