He’s known for his harsh critique and cold and calculated nature on the judging panel, with fans dubbing him the pantomime villain of Strictly Come Dancing.

Yet acerbic Craig Revel-Horwood let down his frosty guard when he had viewers in hysterics during Saturday’s live show, as he fell off his chair while carrying out a hilarious impression of fellow judge Bruno Tonioli.

The 52-year-old choreographer made the on-screen gaffe as he mimicked the outlandish style Bruno has become known for, after he was absent from this week’s show due to work commitments.

The performance happened as Craig was about to critique contestant Debbie McGee’s Rhumba, which she performed with partner Giovanni.

Craig said: ‘I fell the need to channel Bruno at this point in particular time’. Standing up, he shouted: ‘Giovanni darling, Debbie darling, sensational. I love, I love, I love,’ in an Italian accent.

Darcey Bussell and Shirley Ballas were in fits of giggles while Craig flung his arms around and slammed on the table, as well as getting up close to fellow judge Darcy, just as Bruno would typically do. 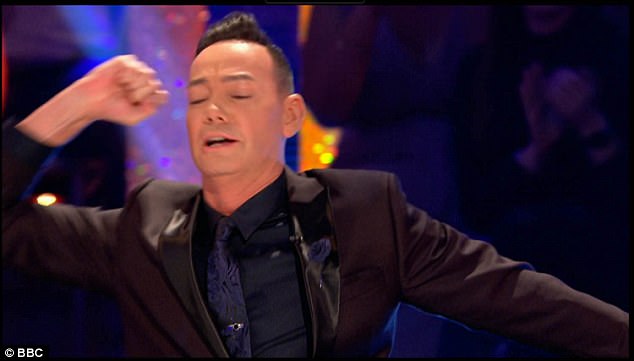 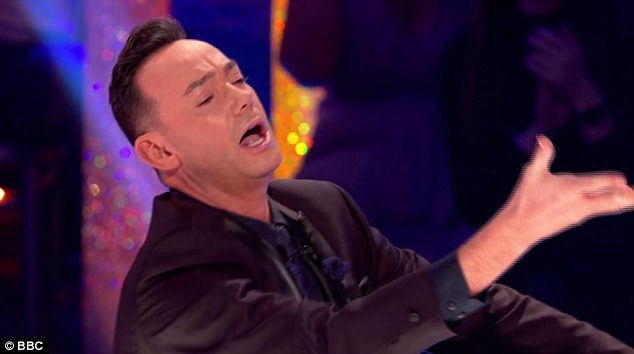 Giovanni love: Craig praised the choreography of the dance in typical Bruno fashion 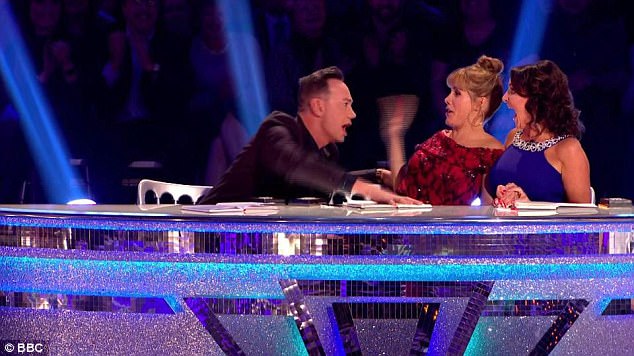 Up close: Just as Bruno typically flailed about during his critiques, Craig performed with the same flair

And as Craig went to sit down, he flailed a little too far, losing his balance and falling off his chair under the desk.

Shirley continued to laugh as Darcy helped Craig to his feet, with the audience laughing and cheering at the outlandish performance.

Host Tess Daly, as well as contestants Debbie and Giovanni were similarly surprised at Craig’s behaviour during the impression, with the dance director composing himself and returning to his seat soon after.

The positive style of the gesture, and Craig’s Bruno-tastic critique helped earn Debbie and Giovanni a score of 27 out of 30. 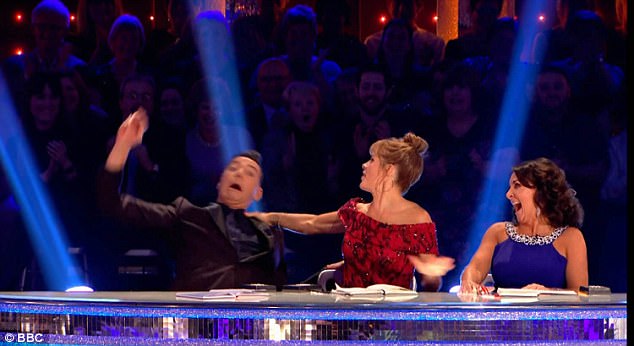 Hilarious: Craig got a little too carried away in his impression, falling off his chair 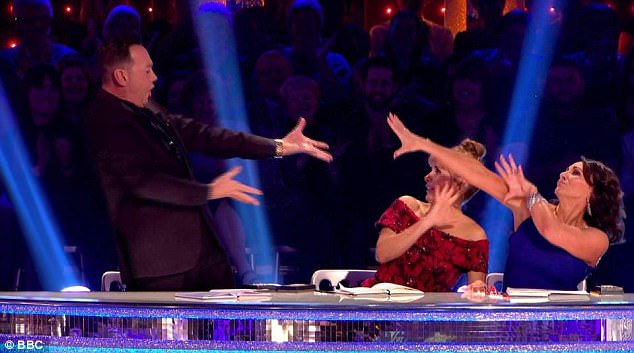 Sensational! Craig gave it his all in the hilarious impression, which pleased viewers and the audience 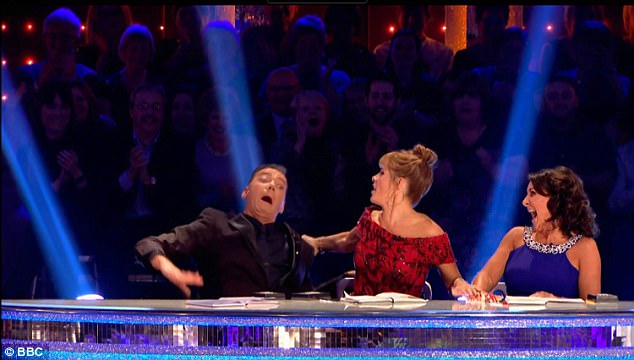 ‘Fave Strictly moment ever!’ Fans took to Twitter as they laughed at the moment, just as Darcy Bussell and Shirley Ballas did

Viewers took to Twitter in response to the hilarious moment, with some stating it was one of the funniest in Strictly history.

One wrote: ‘literally my fave Strictly moment ever!’, while another posted: ‘Craig doing Bruno!’ followed by a slew of laughter emojis A third tweeted: ‘Still can’t get over Craig doing an impression of Bruno’

Another exclaimed: ‘Craig doing Bruno is one of the best things I have ever seen on Strictly’ 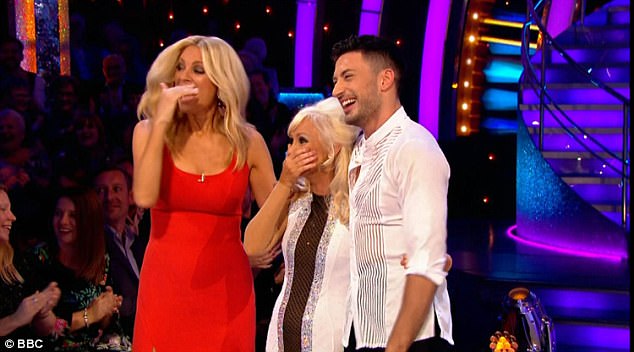 Craig gave the performance in light of Bruno’s absence from the panel, which the BBC announced on Friday.

Fans were left speculating over Bruno’s absence after it was confirmed he would not appearing on Saturday’s show due to ‘a busy work schedule.’

The judge had never missed an episode of Strictly in its 13 year run, despite regularly jetting between here and the USA as a judge on Dancing with the Stars.

Despite the brief departure, the BBC did confirm that Bruno would return for next week’s Halloween special. 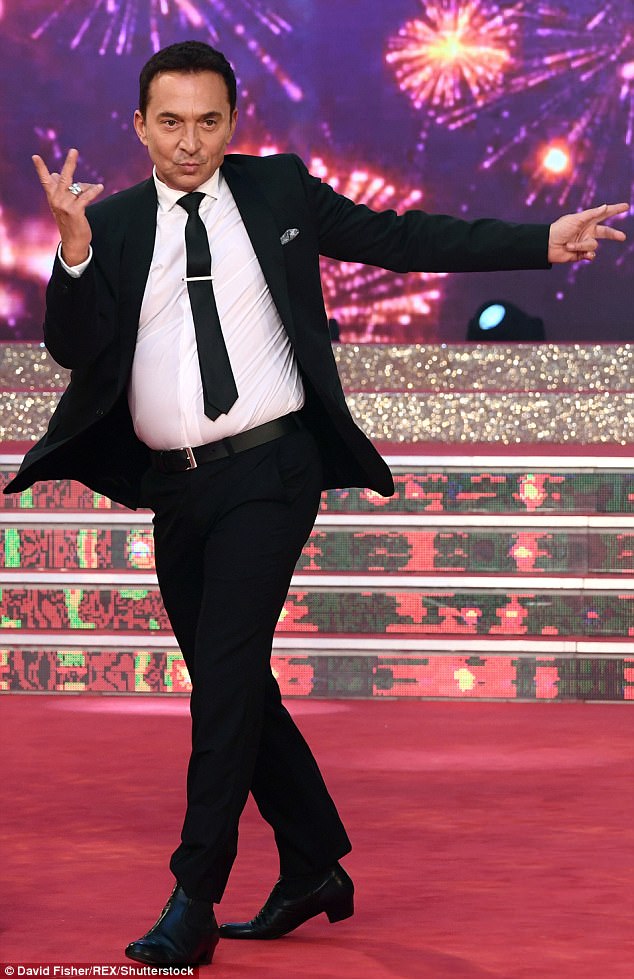 Italian Stalling: Bruno was absent from the judging panel this week due to work schedules, and will return next Saturday for the Halloween special