Strictly Come Dancing’s Kate Silverton has admitted she’s been ‘liberated’ in the bedroom since joining the BBC show.

Speaking to The Mirror, the 48-year-old news presenter confessed her sex life has been given a welcome boost thanks to her newfound fitness, and has already lost a stone since the start of training.

Kate wowed the judges with a thrilling tango on Saturday night with dance partner Aljaž Škorjanec, earning plenty of praise from the judges and a spot in this weekend’s Movie Week.

Stellar: Strictly Come Dancing’s Kate Silverton has admitted she’s been ‘liberated’ in the bedroom since joining the BBC show

She said: ‘I think I’ve lost a stone already, it’s the Alijaz school of weight loss. And my husband is very happy about that…nudge nudge.

‘I feel liberated too! I was looking at my thighs today and I’m getting so much definition.’

Kate – who married Mike Heron in 2010 – also said she is tantalisingly close to fitting back into her old wedding dress, adding: .Actually, I’m already there. The costume team have already had to take my dresses in twice.’ 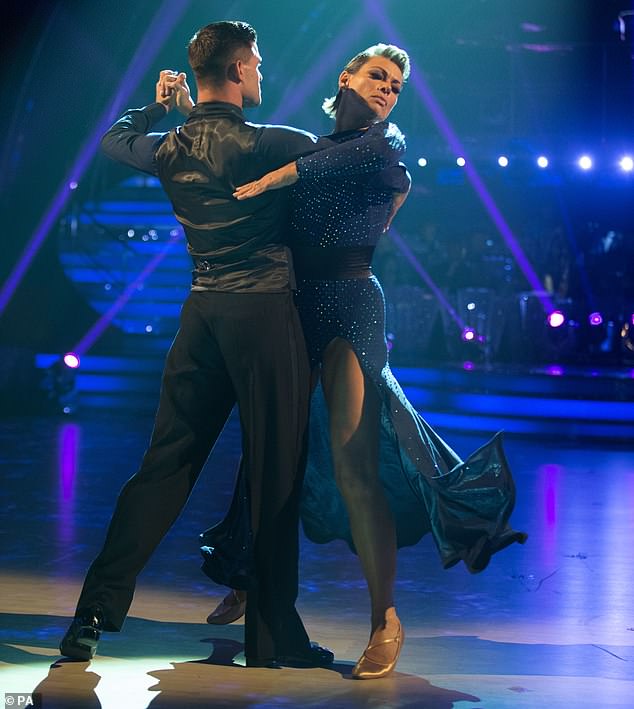 Doing great: The 48-year-old news presenter told The Mirror she has already lost a stone since joining the BBC show, after wowing viewers with her tango on Saturday night

Kate has become a fan favourite in recent weeks after she delivered a stellar tango with partner Aljaž that thrilled the viewers and the judges, with head judge Shirley Ballas professing that she was ‘in it to win it.’

Earning 27 points out of 40, Kate will be hoping to deliver again this weekend in a star-studded movie week, which will see her dance a Foxtrot to Why Don’t You Do Right from Who Framed Roger Rabbit.

The BBC anchor had previously said husband Mike has been nothing but supportive during her Strictly journey, after being asked about the show’s famous ‘curse’ on Good Morning Britain. 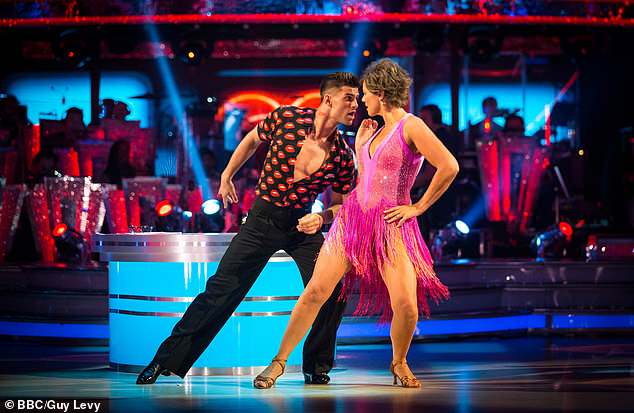 Amazing: Kate also recently revealed she turned down Strictly in the past as ‘the time wasn’t right’ (above with dance partner Aljaž Škorjanec)

She said: ‘My husband is very cool with it and, more to the point, loving the impact that it’s having on his wife.’

She also previously admitted that she had been offered the chance to appear on Strictly numerous times but had turned it down.

‘We are dealing with very serious issues the whole time, that is our world, as journalists,’ she said.

‘I turned it [Strictly] down before, the timing wasn’t right. This year it just felt like the right thing to be doing.’

Strictly Come Dancing continues on Saturday 6th October at 6:30pm on BBC One. 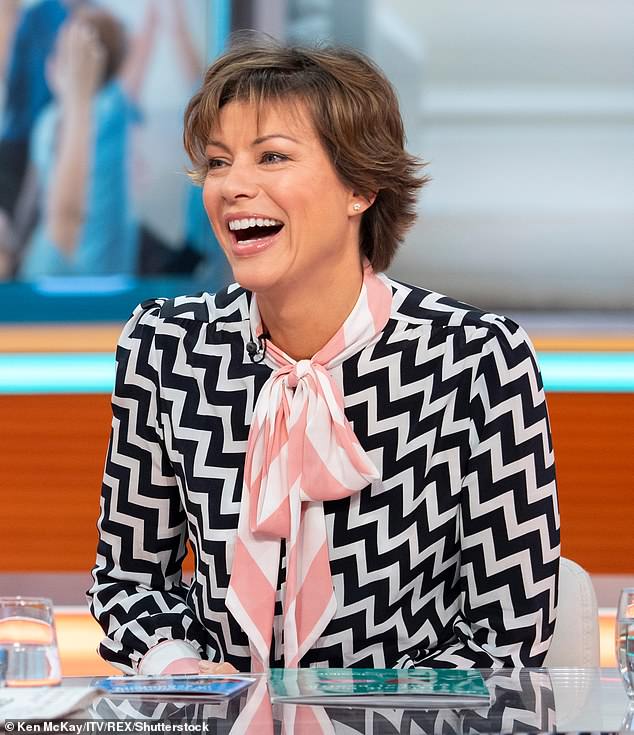 Hilarious: Speaking on Good Morning Britain she added: ‘My husband is very cool with it and, more to the point, loving the impact that it’s having on his wife’